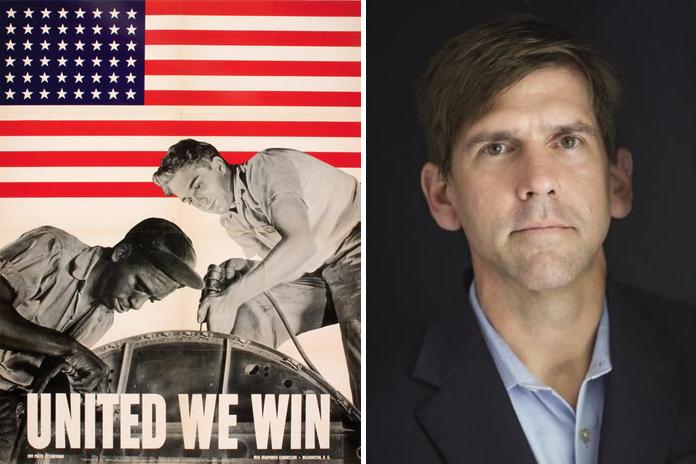 In his talk, Destructive Creation in World War II, Dr. Mark Wilson will offer a groundbreaking reinterpretation of the history of the giant U.S. military-industrial mobilization for World War II. Although the “arsenal of democracy” was based on complex partnerships among private firms, government, and the military, business leaders worked hard to obscure the contributions of the public sector. Their success became an important foundation for the long postwar march toward privatization and deregulation.

Mark Wilson is Associate Professor of History at the University of North Carolina at Charlotte. He is the author of Destructive Creation: American Business and the Winning of World War II from 2016 and The Business of Civil War: Military Mobilization and the State, 1861-1865 from 2010.

Banner image: "United We Win," a 1943 workplace poster by the War Manpower Commission. See the full image in the Hagley Digital Archive.