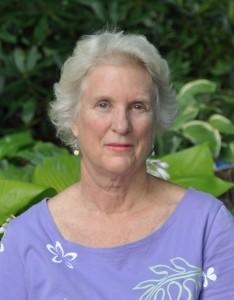 Mary Laird Silvia, a beloved friend and benefactor to the Hagley Museum and Library, passed away on January 29th at the age of 74.

Mary lived a remarkable and full life that members of her family summarized in a recent obituary notice. The Hagley staff remember her as a great supporter of the institution with particular interest in historical research in the Library’s collections. She was a proud Hagley Scholar and a generous contributor to the collections. Trained in several humanities disciplines at universities around the world, she deeply committed herself to the study and improvement of the human condition. Through the years, that commitment introduced her to lifelong passions like the theater, and led to her work with the Peace Corps, in the United Nations, and independently as a healer.

Historian Gordon S. Woods once described history as the queen of the humanities, and it is not surprising that Mary studied history with typical vigor. Upon discovering family papers after the death of her father, William Winder “Chick” Laird, Mary pursued her interest in local history by documenting through oral histories an experience of which living memory was rapidly waning. She interviewed elderly community members who had grown up in nearby Rockland and along the Brandywine. She donated the transcriptions of twelve oral histories to Hagley’s Manuscripts and Archives Department, the last being of Mary Biddle Russell, which they both deposited in person at Hagley’s Soda House on January 3, 2012.

In addition to her scholarly activities, Mary supported renovations in the Blacksmith’s Shop and the Belin House used for apartments to house scholars of Hagley’s collections. These apartments have been a blessing for younger scholars and scholars coming on short exploratory research trips, allowing them to maximize their time and resources on research.

The Hagley staff are humbled and grateful to Mary for her years of support, which continued to the end of her life. In a final act of generosity, Mary requested that in lieu of flowers sent in her memory, donations could be made in support of Hagley’s Oral History Project.

We will fondly remember Mary and join her family in remembering her generosity and dynamism.