Museum Collection: In Coffee and Sugar We Trust

As we navigate this strange new world and routines we’ve been forced into, I’ve found it helpful to take the time to find new ways to enjoy the things I did when the world was “normal”. For me, that means baking up some new recipes, and NEVER skipping my morning cup (or 3) of coffee. In fact, I’ve made it a point to buy some different roasts and flavors (coconut & turmeric is my current favorite) to spice it up a bit.

Speaking of “spice” – this month I’d like to present to you a patent model that honestly isn’t that spicy looking… but whose inventor played an important role in the production of two extremely essential ingredients in workers' lives: coffee & sugar.

Henry E. Smyser was born in 1836 in York, Pennsylvania and was Superintendent of the Weikel and Smith Spice Company (to which the above spice-box patent was assigned). He was a mechanical engineer and noted inventor: he was granted at least 23 patents during his lifetime. Of those, he is most well-known for his coffee and sugar packing machine. In its first iteration, Smyser’s machine could make 23 packages a minute, but it soon increased in capacity.

A man by the name of John Arbuckle, head of the Coffee Trust, saw the promise of Smyser’s coffee and sugar packing machines. Because coffee and sugar tend to go hand in hand, Arbuckle was a big consumer of sugar. He bought much of it from Henry Havemeyer, owner of the Sugar Refineries Company, and head of the Sugar Trust. Intent on finally producing his own sugar, Arbuckle bought Smyser’s patented packing machines (for a sum of around $500,000 no less!), and made Smyser superintending engineer in the company. This move may have been what initiated the Sugar and Coffee War of the 19th century. Arbuckle began manufacturing sugar and, in retaliation, Havemeyer began producing coffee. Apparently, Smyser’s machines gave Arbuckle’s a good advantage, but the two men continued a price war that lasted at least 3 years. 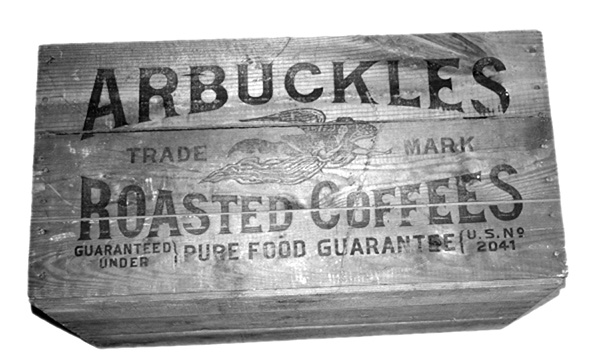 This is a brief synopsis of an incredibly competitive time in the 19th century, so I encourage you to dig deeper if you’re interested. But, what I find most interesting is that even though Smyser was not a central figure in the story of the Coffee & Sugar War, history would not have played out the same without him.

How many other countless inventors were also in such influential positions? It’s our goal here at Hagley to discover them and tell their stories!

Caroline Western is the Assistant Curator, Patent Models at Hagley Museum and Library​