The main goal of the museum’s inventor research project is to learn as much as we can about the people behind the patent models in our collection. With sometimes just one patent number, and one inventor name, our amazing volunteer is able to unearth mounds of information such as birth and death dates/places, marriages, occupations, other patents they held, and so much more! Yet, for every story that is fleshed out, is another that has seemingly been lost. This month, I’d like to share a patent model that wonderfully represents this issue. 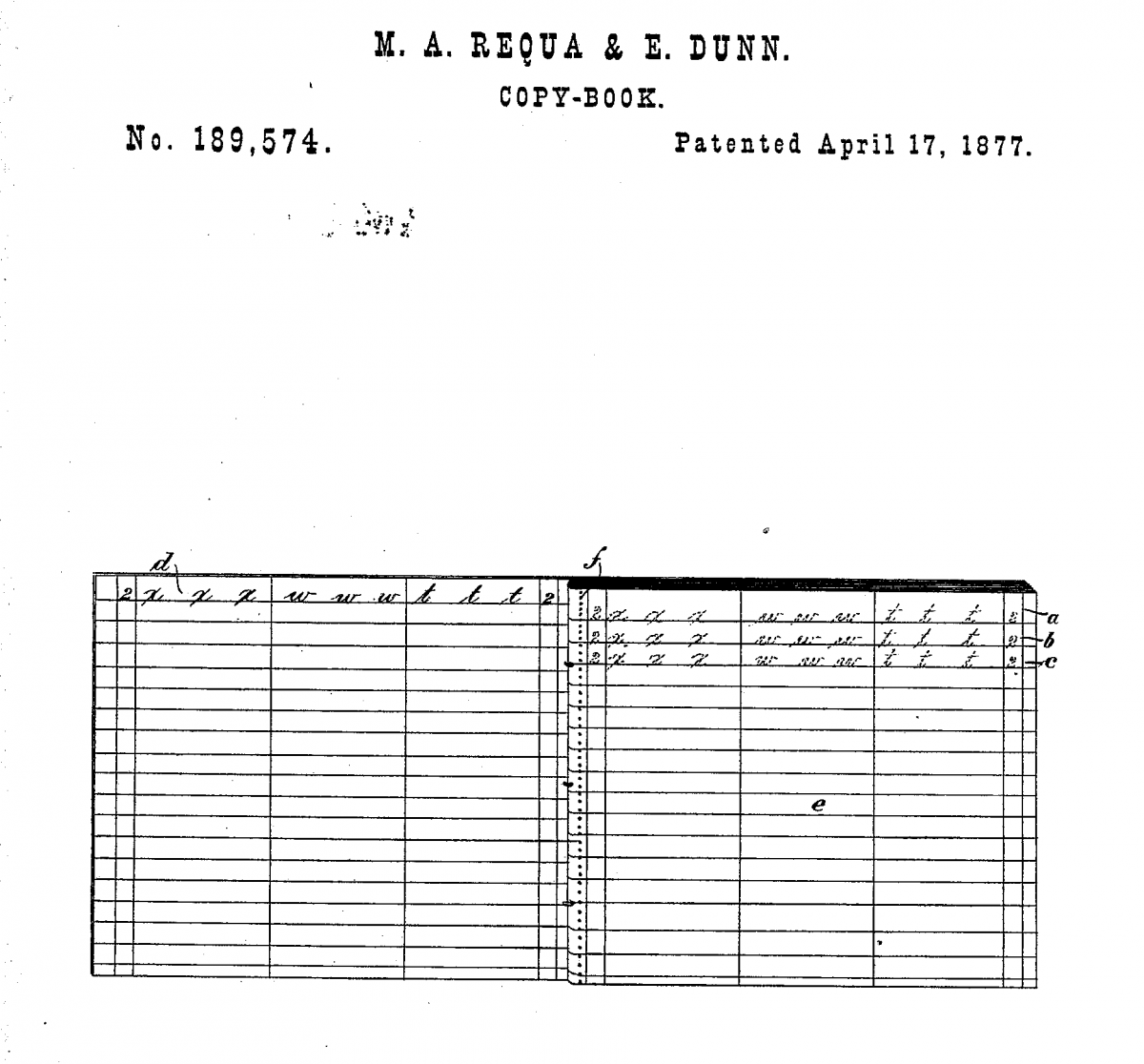 In 1877, two women by the names of Mary Augusta Requa and Eleanor Dunn were granted Patent No. 189,574 for an Improvement in Copy-Books. And then, in 1881, they were granted a reissue of the same copy-book. I opened the research folder to review it, and noticed that we weren’t able to find any life details for Eleanor Dunn. Mary Augusta Requa, on the other hand, had an abundant online presence! We even found out that Requa’s sisters, Ella and Emma, held patents and designs in their names.

Mary Augusta Requa was a native of New York City. She was a patentee, held a Masters in Pedagogy, an M.D. from the Women’s Medical College of New York, and a law degree from NYU. At the height of her career from 1896-1904, she was supervisor of physical education for Manhattan and the Bronx.

But her term as supervisor would not last. In 1894 she was dismissed for “insubordination” when she refused to step down to an assistant position after a restructuring brought a new Director to oversee the entirety of New York City.  After failed attempts by “a group of masculine legal minds” to reinstate her position, Requa took it upon herself to become a lawyer and fight her own case.

The 1910 Census lists Requa’s occupation as a Supervisor at the public schools, and a 1915 New York Directory lists her occupation as Director. It seems as though she was successful in her own defense!

With more and more records being digitized and made available to the public daily, I’m hopeful that one day we will be able to populate Eleanor Dunn’s research file. Until then, we’ll celebrate Dr. Requa’s tenacity, and the assumption that she too would want her co-patentee to have her 15 minutes of fame in Hagley’s Research News.

A special thank you to Trudi Koston, Museum Research Volunteer, for this wonderful information on Dr. Requa!

Caroline Western is the Assistant Curator, Patent Models at Hagley Museum and Library.​