Museum Collection: Who was the inventor known as the ‘Edison of Lancaster’?

This month we bring you back into the world of patent models with an inventor who has ties to a place many of Hagley’s visitors will find familiar. Anthony Iske, of Lancaster, Pennsylvania, was a prolific inventor who didn’t seem to commit to one industry in particular. Rather, he held a variety of patents across multiple disciplines, totaling in over 200 patents! We are lucky enough to have one of his models in our collection.

This Improved Hospital-Bedstead (Patent No. 77,193) was patented by Iske on April 28, 1868. Iske states that “my invention consists in providing a means to enable an invalid to be relieved from the calls of nature without exertion on his part, and with ease to the attendant, and to facilitate the regulating or raising and lowering of the patient’s head and shoulders, and other minor additions and changes.”

Anthony Iske was born in Alsace, France on April 28, 1832 to a machinist father and a mother whose father was a cabinetmaker. After apprenticing in his grandfather’s cabinetmaking business, he assumed its management. One of his specialties was in the construction and decoration of altars. It seems as though Iske’s skills were well-known, even across the sea in the United States. In 1853, he received a letter from a priest suggesting that he come to Lancaster because a skilled craftsman was needed for the construction of a new church.

He obliged and made his way to the United States. The letter had requested he come to Lancaster, New York. By mistake, Iske found himself in Lancaster, Pennsylvania. Regardless, Iske’s skills made him invaluable, and he easily found work constructing altars and pulpits. He settled permanently in Lancaster, never exploring the original opportunity in New York.

Eventually, Iske put most of his focus on his inventions, the variety of which is truly astounding. He is most well-known for patenting the first meat cutter or slicer, as well as a widely-used fire extension ladder. Other inventions include a cigar press, a doorbell, motors, velocipedes, and fire alarms. 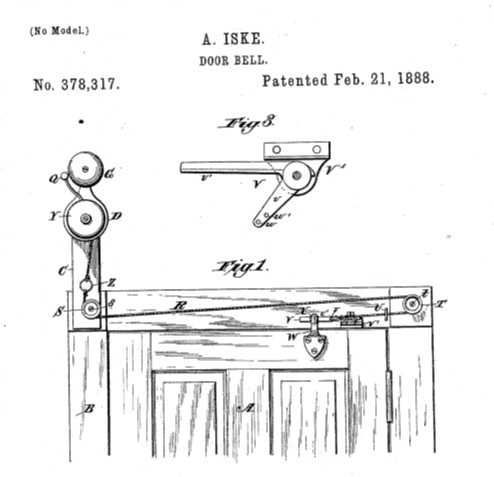 His son, Albert, was also included on a number of the patents. These included a milk-protector, a cork-driver, a device for holding fire alarm keys, and a reversible window sash. 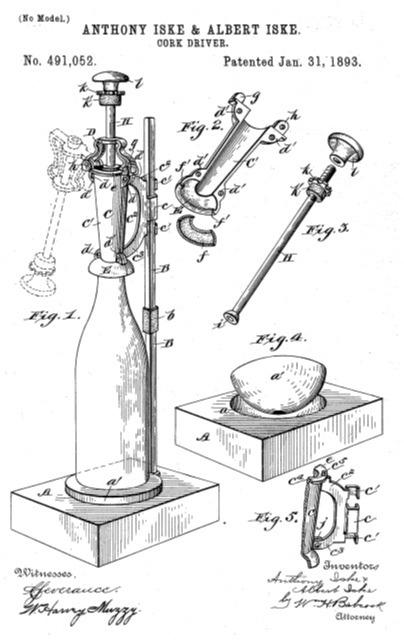 The patents listed above only skim the surface of what Anthony Iske achieved before his death in 1920. A quick Google search of Anthony and/or Albert Iske will retrieve pages and pages of results… It really is no wonder that Anthony Iske was known as the ‘Edison of Lancaster’.

Caroline Western is the Assistant Curator, Patent Models at Hagley Museum and Library.​