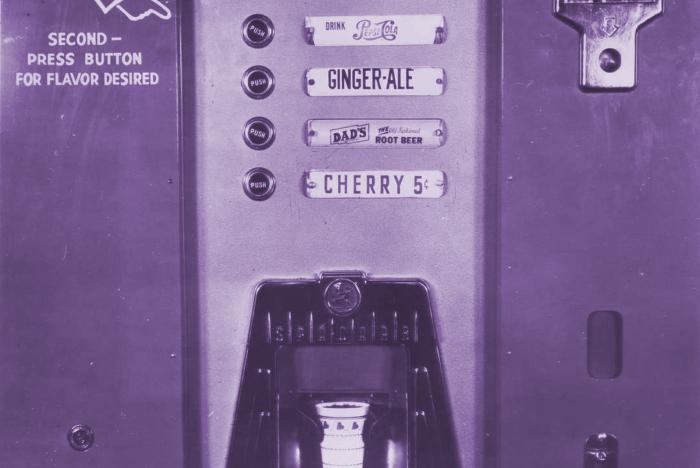 NuGrape, a grape soda produced by the NuMint bottling company of Atlanta, debuted just ahead of the 1921 summer season, and quickly became one of America’s favorite beverages. Widely advertised as “A Flavor You Can’t Forget,” by 1925, the purple pop claimed to be the number-two fizzy drink in the country, with more than a million and a half bottles sold every day.

That same year, agents of the Federal Trade Commission, armed with evidence from the Bureau of Chemistry, cracked down on the company, alleging that it misrepresented NuGrape’s identity. NuGrape was not “the liquid flavor of Concords,” as its ads claimed; its grapes were fake, ripening in the chemical laboratory, not the vineyard. Over the next decade, NuGrape and the FTC would spar over the origins of the soda’s flavor — whether NuGrape arrived at its grapiness honestly, or whether its labels should disclose: “Imitation Grape — Not Grape Juice.”

This essay follows NuGrape during its first decade and a half, a period when manufacturers, regulators, and consumers were, in different ways, concerned with establishing the meaning and value of “naturalness” in food. Pushing back against the notion of the “fake” as an imperfect substitute for the real thing, this essay instead asks, what did imitation grape make possible that actual grapes could not provide? The story of how NuGrape got its flavor illuminates a crucial, often overlooked aspect of the development of the industrial food system: the role of food technology in the commodification of sensation. Synthetic flavors did not just deliver a version of an existing sensory experience (the flavor of grapes) to a broader group of consumers. They produced new types of experiences, sensations, and appetites in consumers whose lives, bodies, and senses were being transformed in modernity.

Nadia Berenstein is a writer and historian who focuses on science, technology, and culture in the context of food.  She received her Ph.D. in the History and Sociology of Science from the University of Pennsylvania in 2017.  Her work has appeared in numerous publications, including The Atlantic, Food and Wine, Popular Science, Aeon, and Serious Eats, and been featured on NPR.  She is currently writing a book about synthetic flavors and the people and companies who make them.

Benjamin R. Cohen of Lafayette College will give the comment.

Attendees are encouraged to read Berenstein's paper,  “A Flavor You Can’t Forget: NuGrape Soda, Synthetic Chemistry, and Modern Thirst,” which may be obtained by contacting Carol Lockman at clockman@hagley.org.