The Enterprise of Culture (EOC) was a three-year, €1 million research project funded by the European Science Foundation, and housed at the University of Leeds under the direction of UD alumna and former Hagley Fellow Regina Lee Blaszczyk. Partners included researchers in the Netherlands, Norway, the United Kingdom, and Sweden. The EOC generated a large number of research articles, books, and anthologies; created an exhibition on synthetics and fashion; and sponsored more than a dozen public events, many of which were attended by fashion industry professionals. The project received high marks from the external reviewers for its innovative approach to the interdisciplinary study of the fashion business.

The project benefited from Blaszczyk’s familiarity with Hagley’s strong archival and photographic collections in the business history of global fashion. Hagley archivist Lucas Clawson aided the project by providing many high-quality professional scans and photographs of unique materials from the records of the Color Association of the United States and the Inter-Society Color Council held by Hagley. In addition, former photo curator Jon Williams and his successors provided a beautiful black-and-white fashion photograph that was used throughout the life of the EOC as the project’s signature image. It appears on the cover of European Fashion: The Creation of a Global Industry, one of the project’s major publications. 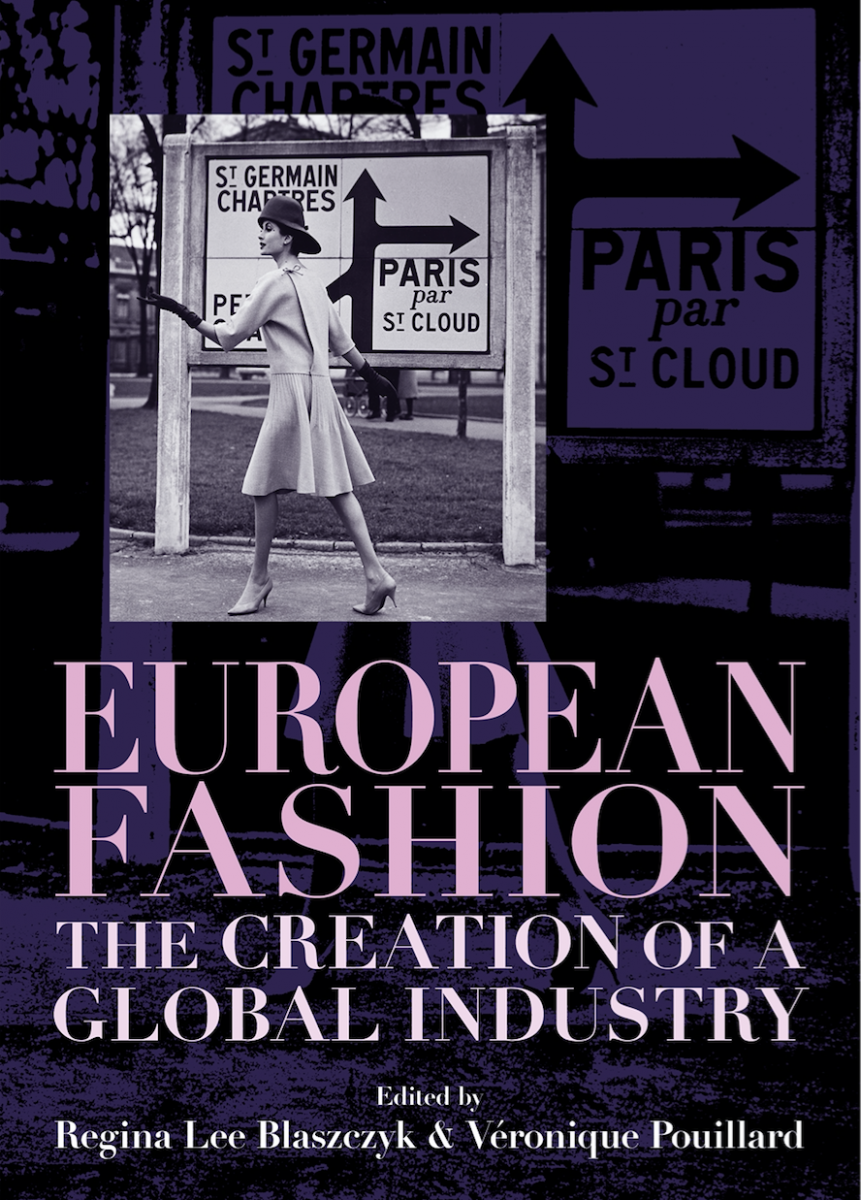 This striking image was used to introduce the EOC’s themes at all of the conferences. The photograph shows an outfit by the young couturier Pierre Cardin, who was one of the most innovative designers in 1960's Paris. At first glance, the image seems to be a publicity shot for Cardin, but looks can be deceiving. In reality, the photograph originated as a promotion for DuPont fibers.  Cardin was one of the early Europeans adopters of American synthetics. The image makes the point that fashion is a complex business with a range of actors along the supply chain, from the fiber manufacturers to the creative designers and the clothing retailers.

Several of the major outputs of the EOC are illustrated with Hagley images as well. These include:

Regina Lee Blaszczyk and Véronique Pouillard eds., European Fashion: The Creation of a Global Industry (Manchester: Manchester University Press, 2018). This anthology contains essays about Paris as a fashion capital, branding and licensing, the important role of fashion retailers, and the environmental dimensions of the fashion business, among other themes.

Regina Lee Blaszczyk and Ben Wubs, eds. The Fashion Forecasters: A Hidden History of Color and Trend Prediction (London: Bloomsbury Academic, 2018). This book looks at the people who work behind the scenes to predict new colors and styles, beginning in 19th century France and continuing through contemporary Internet services. It combines original essays with oral history interviews with fashion forecasters. The book is beautifully illustrated with materials from Hagley’s archives. 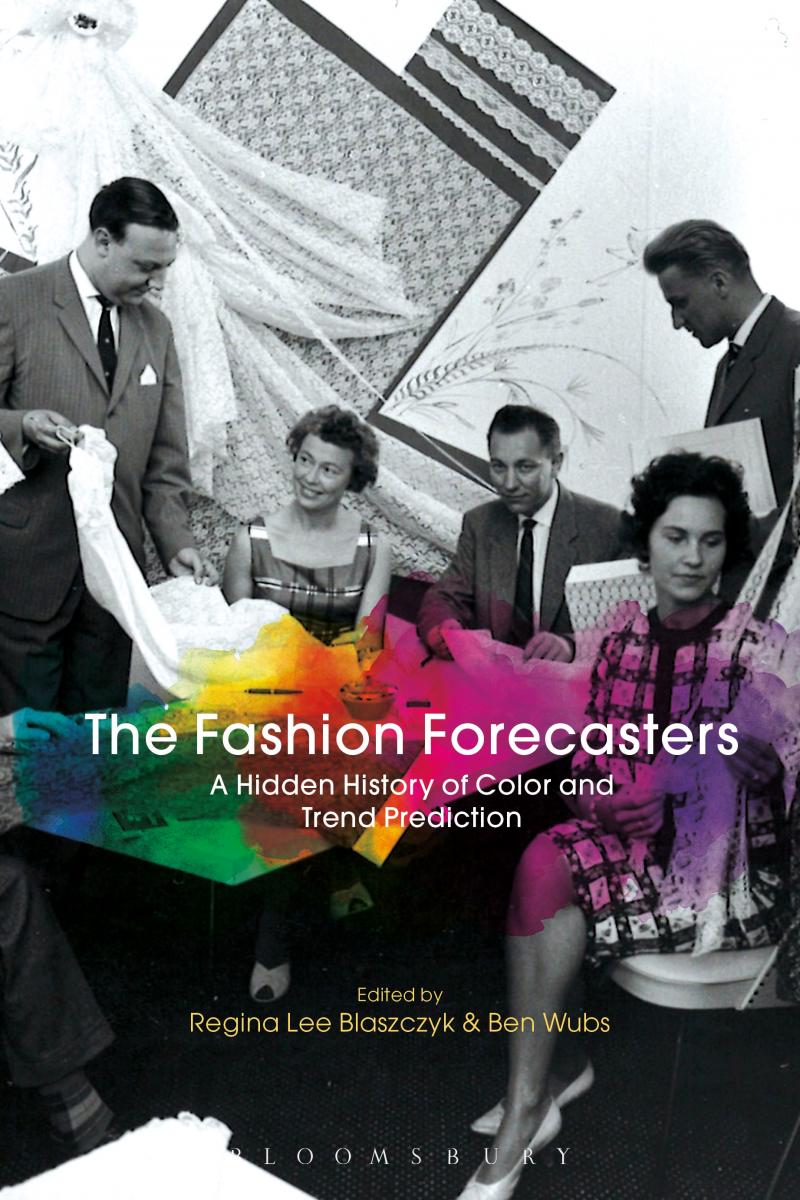 Regina Lee Blaszczyk and Uwe Spiekermann, eds. Bright Modernity: Color, Commerce, and Consumer Culture (New York: Palgrave Macmillan, 2017). This anthology was produced in collaboration with the German Historical Institute in Washington, DC, and features a stunning French color card from Hagley’s collections on its cover. Its pages include photographs of shade cards and swatch books from the Textile Color Card Association of the United States (predecessor to the Color Association of the United States) and the British Colour Council, all from the Hagley archives. 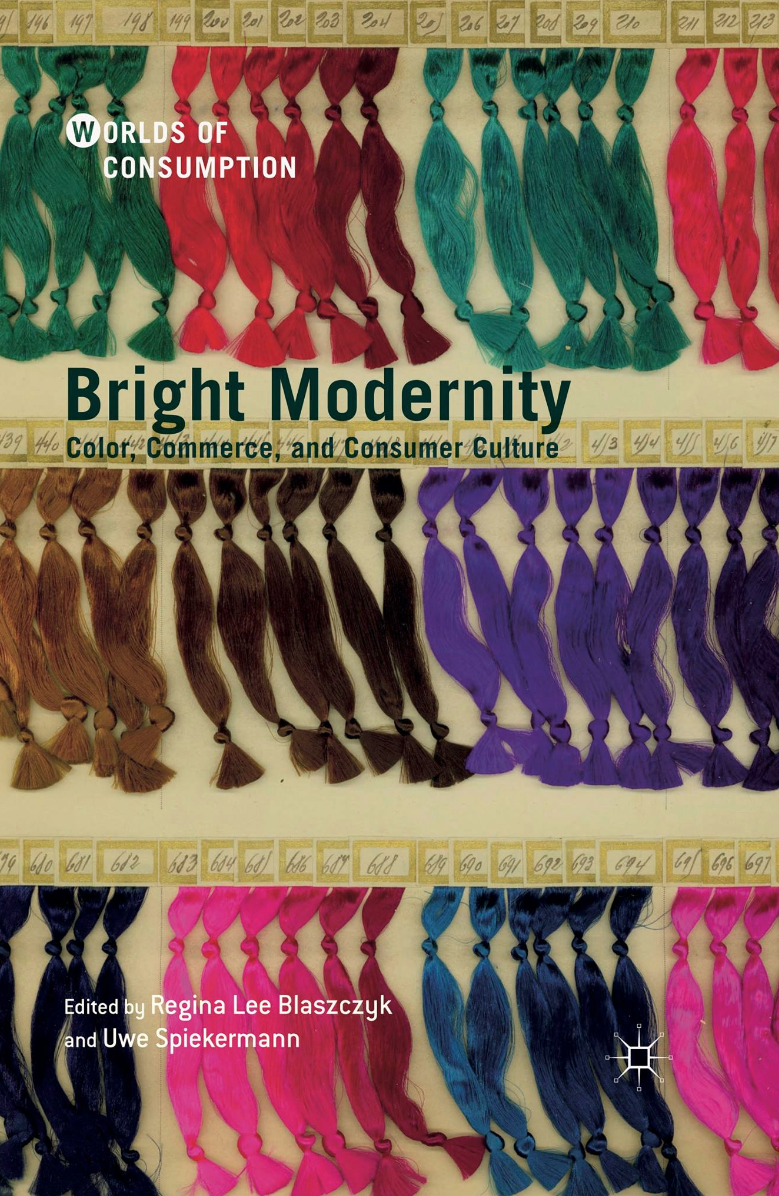 For more information on her work, go to Blaszczyk’s website www.imaginingconsumers.com or email her at R.Blaszczyk@leeds.ac.uk.

Roger Horowitz is the Director of the Center for the History of Business, Technology, and Society at Hagley Museum and Library.