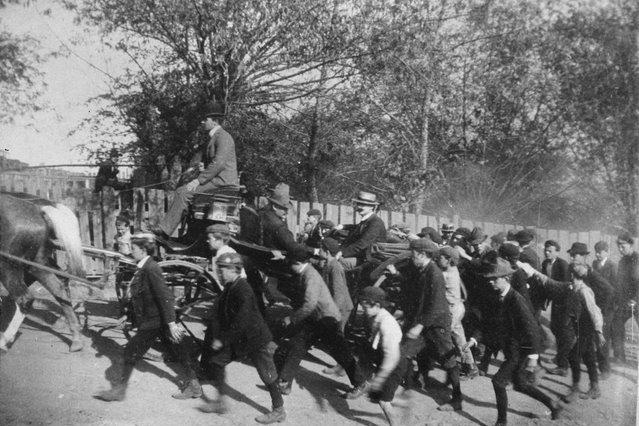 America at the dawn of the twentieth century ran on anthracite coal. Burning the hard, lustrous fossil fuel heated millions of homes and powered locomotives, steamships, foundries, and factories. Nearly all of this coal came out of the hills of eastern Pennsylvania, mined by an army of workers who labored in the most dangerous industry in American for the lowest wages in the country. At about $1/day, anthracite coal miners in 1900 earned the same wage as ad their forebears eighty years previously. Hardship led some miners to organize for the United Mine Workers of America (UMWA) union, but divisions along ethnic and class lines among miners limited their effectiveness. That is, until 1902.

As shown in the research of Daniel Correia, professor of American Studies at the University of New Mexico, the alignment of the interests of the Eastern European immigrant mine “laborers” with those of the native and systemically favored mine “contractors” under the umbrella of the UMWA in 1902 created a uniquely advantageous moment for the labor organizers, and a uniquely perilous moment for the mine operators. The effects of this moment were long lasting. In its contours can be seen the early formation of patterns of labor relations, industrial organization, and policing prevalent today.

In support of his work, Professor Correia received funding from the Center for the History of Business Technology, & Society at the Hagley Museum & Library.

Hagley Museum and Library · Set the Earth on Fire: The 1902 Anthracite Coal Strike with David Correia