Bottoms Up: Brewing History at the Hagley Library

The effects of our changing climate marked my two-week stay at the Hagley Library. Rain from Hurricane Ida caused the Brandywine River to burst its banks, flooding the Hagley’s scholar residence two days before I was set to arrive. The good people at Hagley, however, worked hard to accommodate my visit. Off-campus lodging was quickly located, and I enjoyed a successful research trip despite the disruptive floods. Therefore, I offer a sincere thank you to all the staff that made my visit possible.

My dissertation on the environmental history of American brewing brought me to the Hagley Library. In my research, I utilize trade publications, corporate archives, government records, and scientific publications to analyze how changing human relationships with beer’s material ingredients, such as yeast, hops, and barley, influenced the industry’s transition into a powerful oligopoly during the twentieth century. When it comes to studying the history of American beer,  Hagley houses a treasure trove of physical and digital materials. 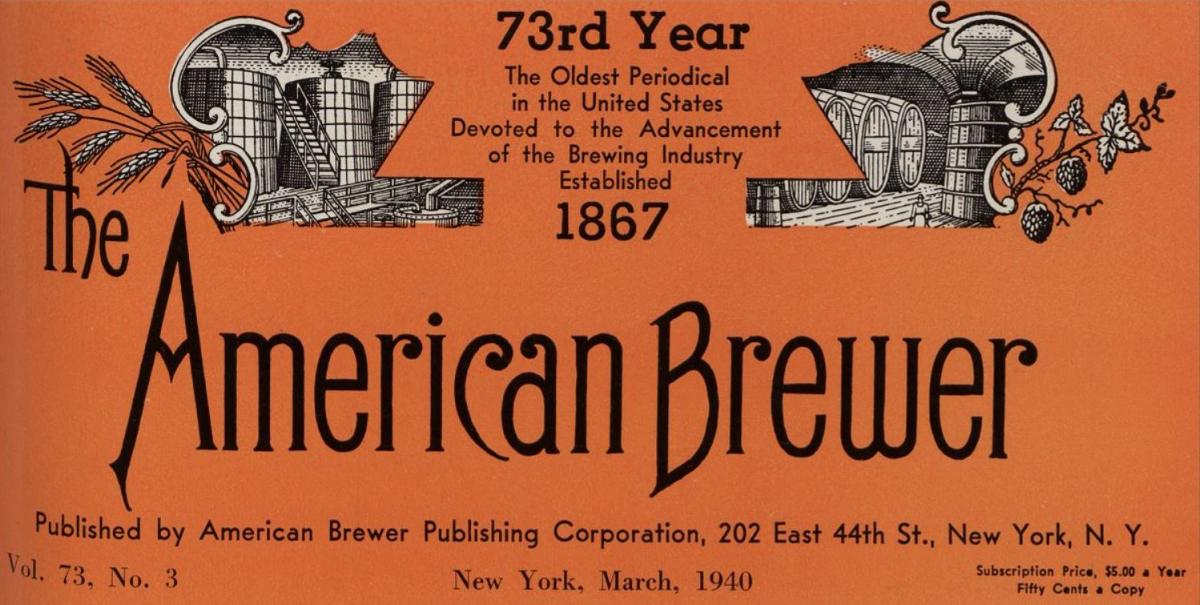 Trade publications were some of the most useful documents I found at Hagley. The Hagley Digital Archive features an extensive run of The American Brewer, the industry’s primary trade journal, dating from the 1900s into the 1930s. The Brewer and Maltster, another industry publication, also proved to be an insightful source. Using these two journals, I was able to trace the impacts of drought on malting barley cultivation from the 1910s well into the 1930s. The fact that major droughts, which drove up malt prices (malt being the primary ingredient in beer), moved brewers to partner with farmers and the USDA to develop new varieties of malting barley was one of my most significant finds.

The Ernest Dichter Papers were also incredibly interesting. During the 1950s and 1960s, American brewing companies—like the Jackson Brewing Company of New Orleans, the Rainier Brewing Company of Seattle, and the A. Gettelman Brewing Company of Milwaukee—hired Dichter’s firm to conduct psychological studies of why consumers drank beer in general and certain brands specifically. These studies provided an incredibly rare insight into the consumer side of the industry. Quotes from the interviewees highlight what American consumers were looking for in their beer, what they liked or did not like about certain brands, and how they responded to various advertising campaigns. Dichter’s reports will be incredibly useful for analyzing the beer consumer mindset just before the craft brewing movement began to gather steam in the 1970s.

Doing research at the Hagley Library was incredibly beneficial for my dissertation research. The staff was very helpful, the collections yielded an astonishing amount of useful information, and the beautiful grounds of the Hagley only added to the experience.

Cody Patton is a Ph.D. candidate at the Ohio State University. His research was supported by a grant from the Hagley Center for the History of Business, Technology, & Society.