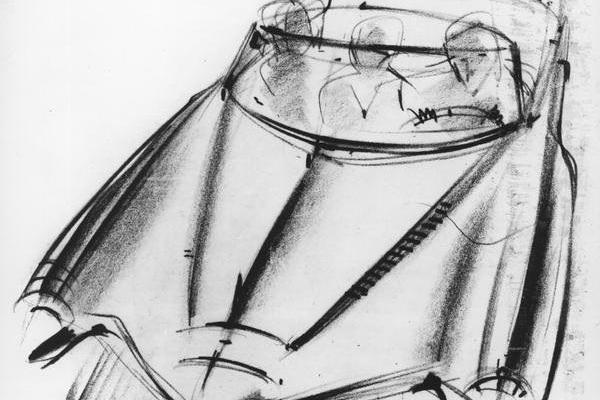 Long before automobiles roll off the assembly line, their many components are manufactured by a sprawling constellation of smaller businesses that supply the makers of finished automobiles. This automobile supply chain began in the 1920s within the Detroit metropolitan area, and by the 1960s had swollen to embrace an area roughly 600 miles in radius with its core remaining in southeast Michigan. The story of how the automobile supply chain developed during the first half of the twentieth century, and why it took the specific spatial and economic form that it did, are the subjects of a dissertation project by Kevin Moskowitz, PhD candidate at the University of Texas at Arlington.

To uncover his story, Moskowitz dug into the archives of the American Iron & Steel Institute and the National Bronze & Aluminum Company at the Hagley Library. The latter firm supplied cast cylinder heads and other engine components to Detroit automakers from its location in Cleveland. The company boomed when orders were large, but struggled during the automotive industry’s periodic downturns. While WWII gave the firm a boost, rampant racism, white supremacy, and nativism lead to attacks against the company, its integrated workforce, and its German-American management. The ups and downs of this firm, while unusually well-documented, offer insight into the wider world of the twentieth-century automobile supply chain.

In support of his work Kevin Moskowitz received funding from the Center for the History of Business, Technology, & Society at the Hagley Museum & Library.