Last month, while I was cataloging from home, I leafed through a box of miscellaneous trade catalogs that Hagley had purchased, and something interesting caught my eye. This item's front cover said “Enjoy Travel and Adventures at Home;” a relevant pitch today for would-be travelers grounded during the pandemic.

The product being promoted as the “Tru-Vue,” an item made of bakelite that is “no larger than an ordinary pair of opera glasses.” The directions state that you “insert a roll of film... trip the lever... a photo appears before your eyes...” 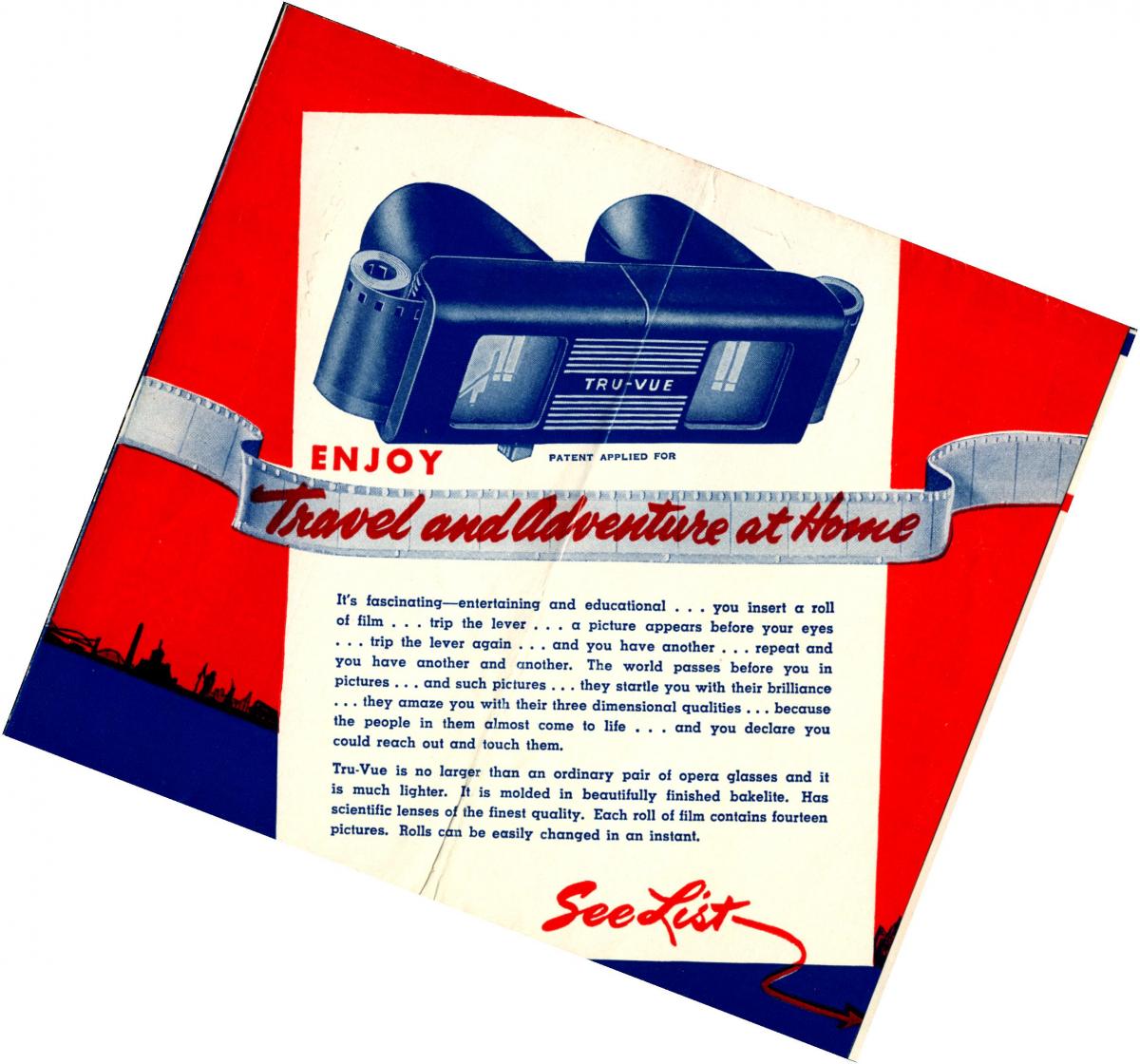 I was familiar with stereographs, the method of producing two identical photographs paired to produce the illusion of a three-dimensional image when viewed through a stereoscope.

And as a kid, I had a View-Master, which can view cardboard disks containing pairs of small transparent color photos on film with the same result of a 3-D image, but I had never heard of a Tru-Vue! 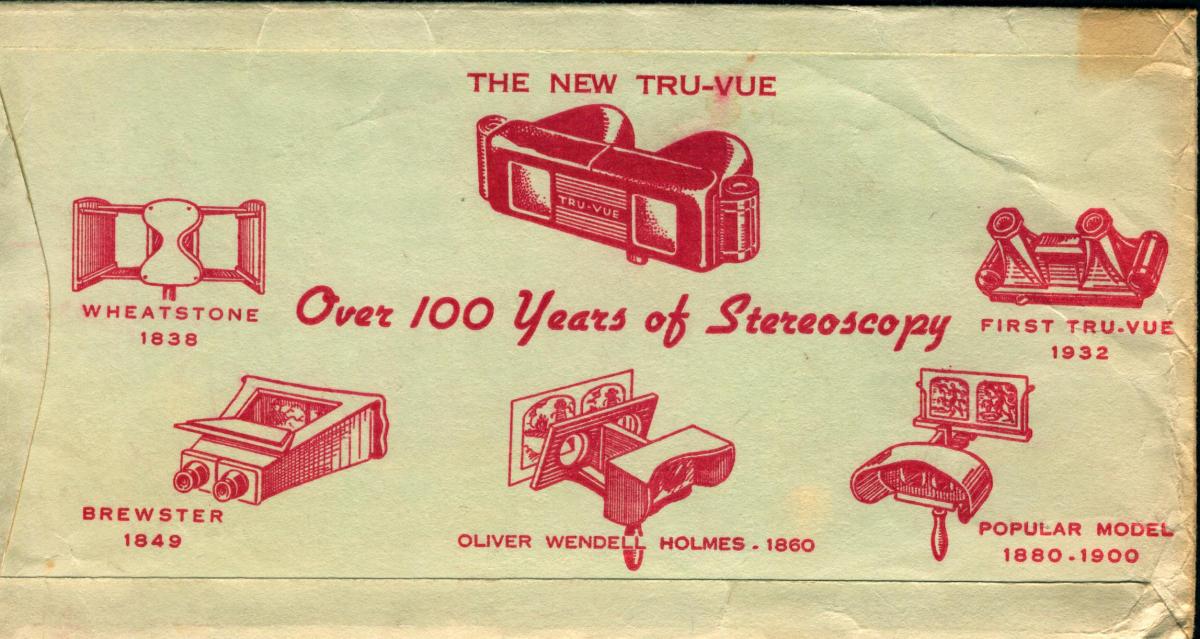 Tru-Vue, part of Rock Island Bridge and Iron Works, was a company that made stereoscopic film strips and their bakelite viewers from 1932 until 1951 in Rock Island, Illinois. The filmstrips contained images of animals, travel and scenery, children’s stories, and historic and current events. 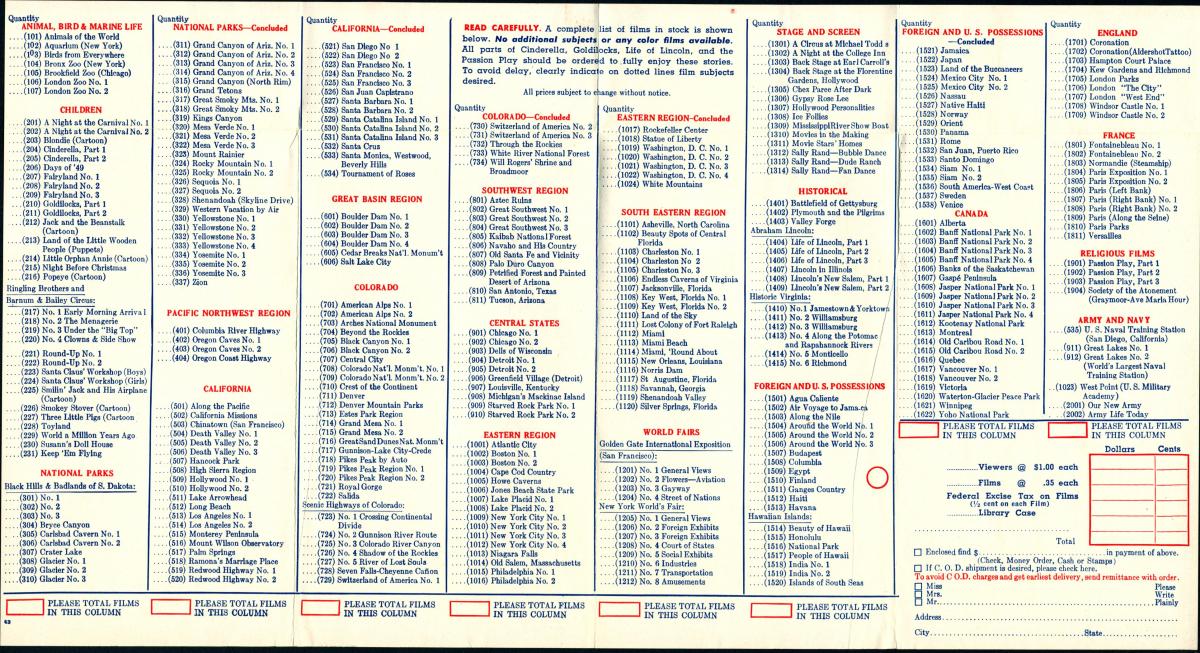 In 1951, the company was purchased by Sawyer’s, manufacturers of View-Master, eliminating a rival and gaining access to Tru-Vue's licensing rights to make children's filmstrips using Disney characters. Sawyer’s built a new plant in Beaverton, Oregon to produce Tru-Vue products. Eventually, both View-Master and Tru-Vue products were manufactured by Sawyer's into the 1960s. (Various companies have purchased View-Master through the years, and with starts and stops were produced through 2019.)

Our trade catalog does not have a copyright date printed on it but lists the Rock Island, Illinois address and shows the years 1943 and 1944 on accompanying inserts.

I searched on WorldCat, a database of library holdings around the world. Five libraries list holdings for Tru-Vue, but four are for the viewers and films themselves. One library listed a trade catalog from Sawyer’s in 1967, but no other library lists the trade catalog that Hagley has!

So whether you might have an antique stereoscope, a vintage View-Master, or Tru-Vue, or just old vacation photos, take the time to reminisce about past travels, or dream about adventures to come! 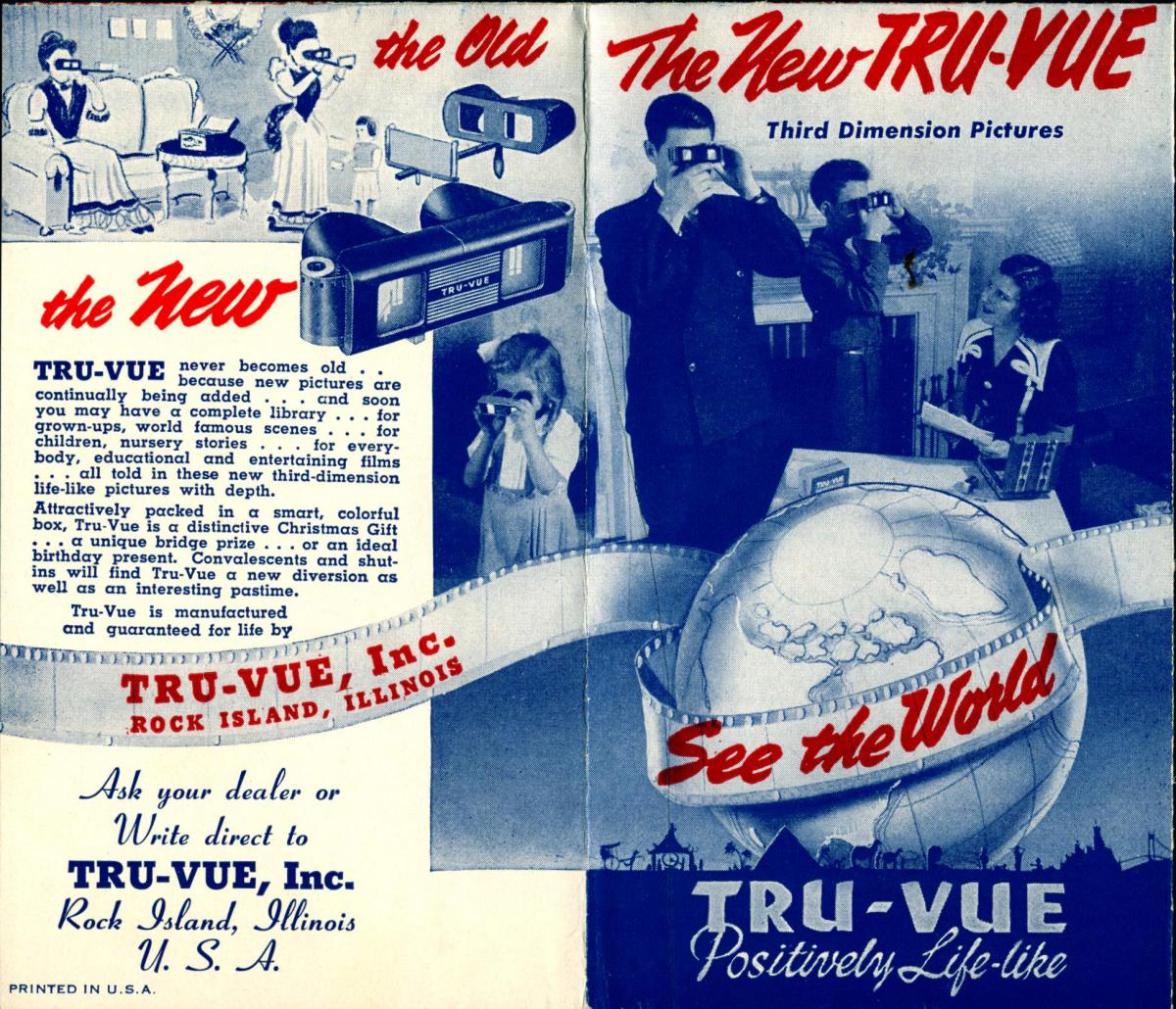