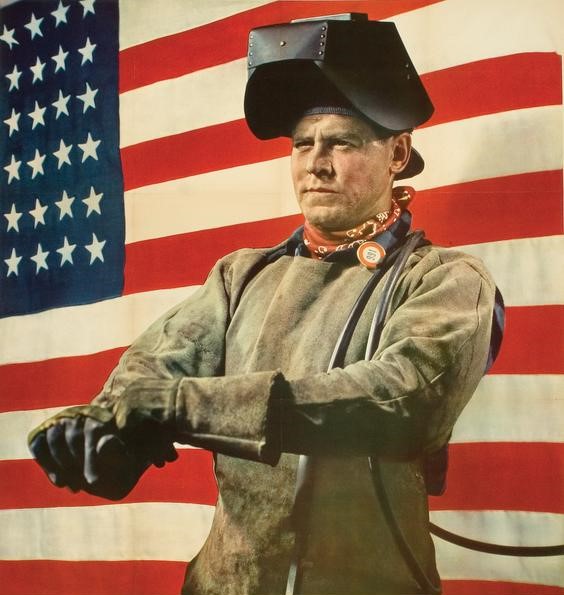 Following the end of the First World War, workers across America went on strike. In the steel industry alone, over 350,000 workers walked out in protest against stagnant wages, harsh working conditions, and domineering managers. These conditions forced many employers to reconsider their companies’ relationships with their workforce and implement sweeping changes to management. During the 1920s, hundreds of companies implemented new welfare programs, company sports clubs, and nonunion employee representation plans (also known as “company unions”).

Company unions—employer-sponsored collective bargaining structures—were a particularly popular program in the 1920s, with over 800 employers adopting a company union between 1919 and 1932. The “Little Steel” companies (Republic Steel, the Youngstown Sheet and Tube Company, the Inland Steel Company, and the Bethlehem Steel Company) quickly adopted company unions after World War I. These companies owed successes with shop committee plans that the National War Labor Board had pressured employees to implement during the War. Company union representatives were usually (although not always) paid by their employer for work performed on behalf of the company union. Some company unions were limited to negotiating on issues of workplace safety and hours, while others were able to make demands on issues such as wages and benefits.

The size and structure of company unions varied greatly depending on the employer, but they allowed employees to vote for fellow workers to represent the general workforce in negotiations with management on various issues. The company union at Bethlehem Steel was in the latter group and examined the history of its adoption and its day-to-day advocacy for workers. They shed light on a period of labor history commonly ignored in narratives focusing on more conventional unions such as the American Federation of Labor or the Congress of Industrial Organizations. The company union at Bethlehem ran from 1919 until the Supreme Court upheld the National Labor Relations Act in 1937, which outlawed company unions. Throughout its operation, workers used the representation plan to address a wide variety of concerns, ranging from grievances between individual workers and management to broader issues such as wages, benefits, and employment stability. In light of the Great Depression, employee representatives negotiated a work-sharing program with management to mitigate layoffs. Representatives were also able to convince Bethlehem to implement an emergency employment program during the early 1930s, providing jobs to thousands of workers through demolishing outdated buildings and updating facilities. Employee representatives even convinced management to implement a paid vacation program for workers in 1936.

The records of the Bethlehem Steel Company at Hagley provide insight into the structure of Bethlehem’s company unions—Bethlehem established company unions at each of its divisions—as well as the company unions’ achievements and day-to-day activities. These records contain Bethlehem company newsletters across various divisions from World War I until 1920. Hagley also hosts limited documents about a group known as the Special Conference Committee, an industrial relations group formed in 1919 by ten major manufacturing firms across the United States. The committee researched labor issues, assessed managerial practices among its members, and ensured better relations between labor and management.

Alex Fleet is a labor historian and Ph.D. candidate at Wayne State University. In support of his research, Fleet received funding from the Center for the History of Business, Technology, and Society at the Hagley Museum and Library.​