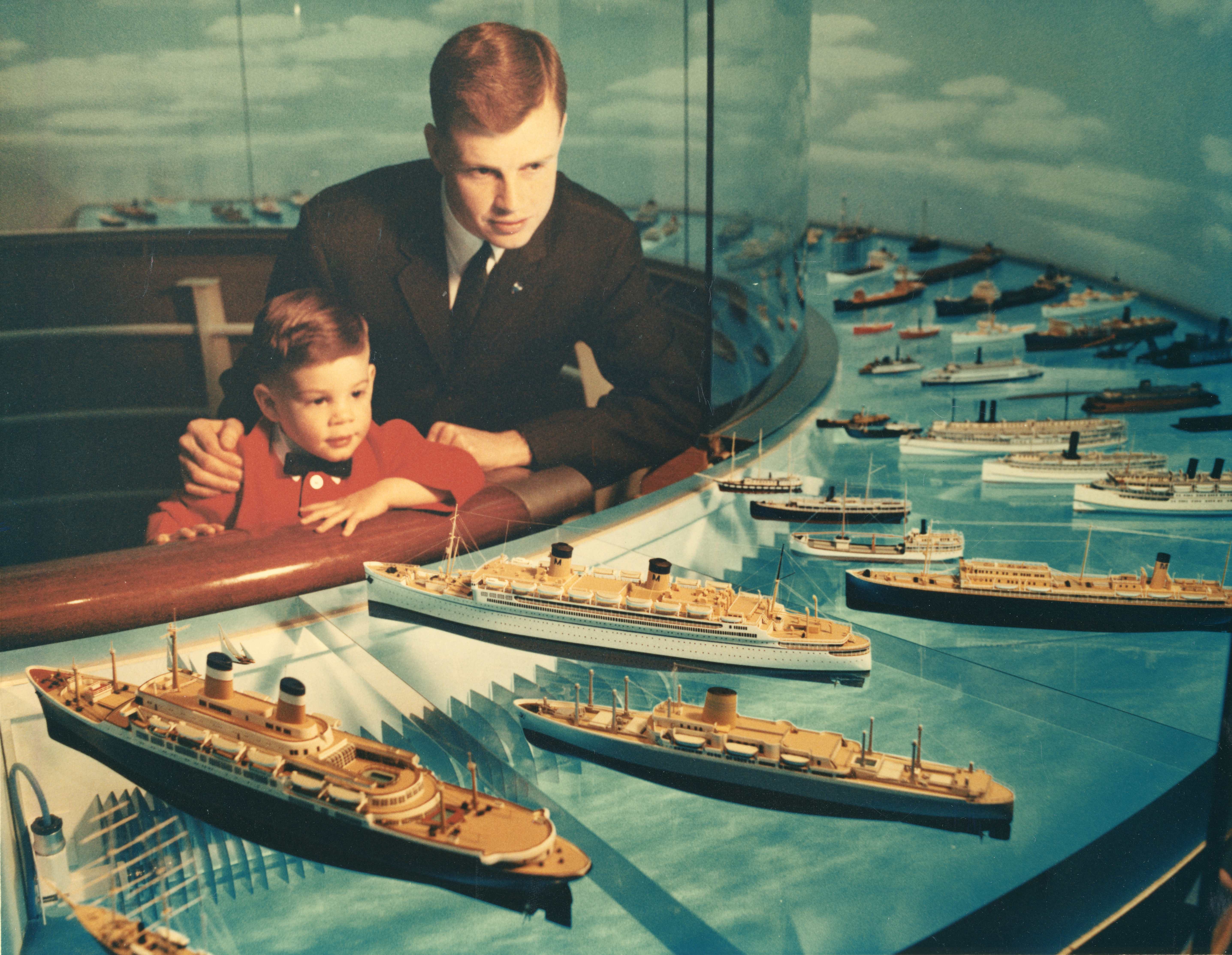 This ca. 1960s photograph offers a peek into the Bethlehem Steel Company's model ship room in the company's corporate offices in Bethlehem, Pennsylvania.

By 1940, Bethlehem Shipbuilding was operating out of four shipyards in Quincy (Fore River), Maryland (Sparrows Point), San Francisco, and Staten Island. and was, along with the Newport News Shipbuilding & Drydock company and the New York Shipbuilding Corporation (New York Ship), one of the "Big Three" U.S. shipbuilders capable of building any kind of ship on the market.

This collection includes a wide range of photography which documents the company’s long history and the breadth of its enterprises from east to west coasts and overseas. It contains eighteenth, nineteenth, and twentieth century industrial and non-industrial images and of management and workers. To view a selection of digitized material from this collection, as well as other collections at Hagley related to the Bethlehem Steel Company, click here.