The Railway Labor Executivess Association (RLEA) is joining you at the polls this Election Day ... 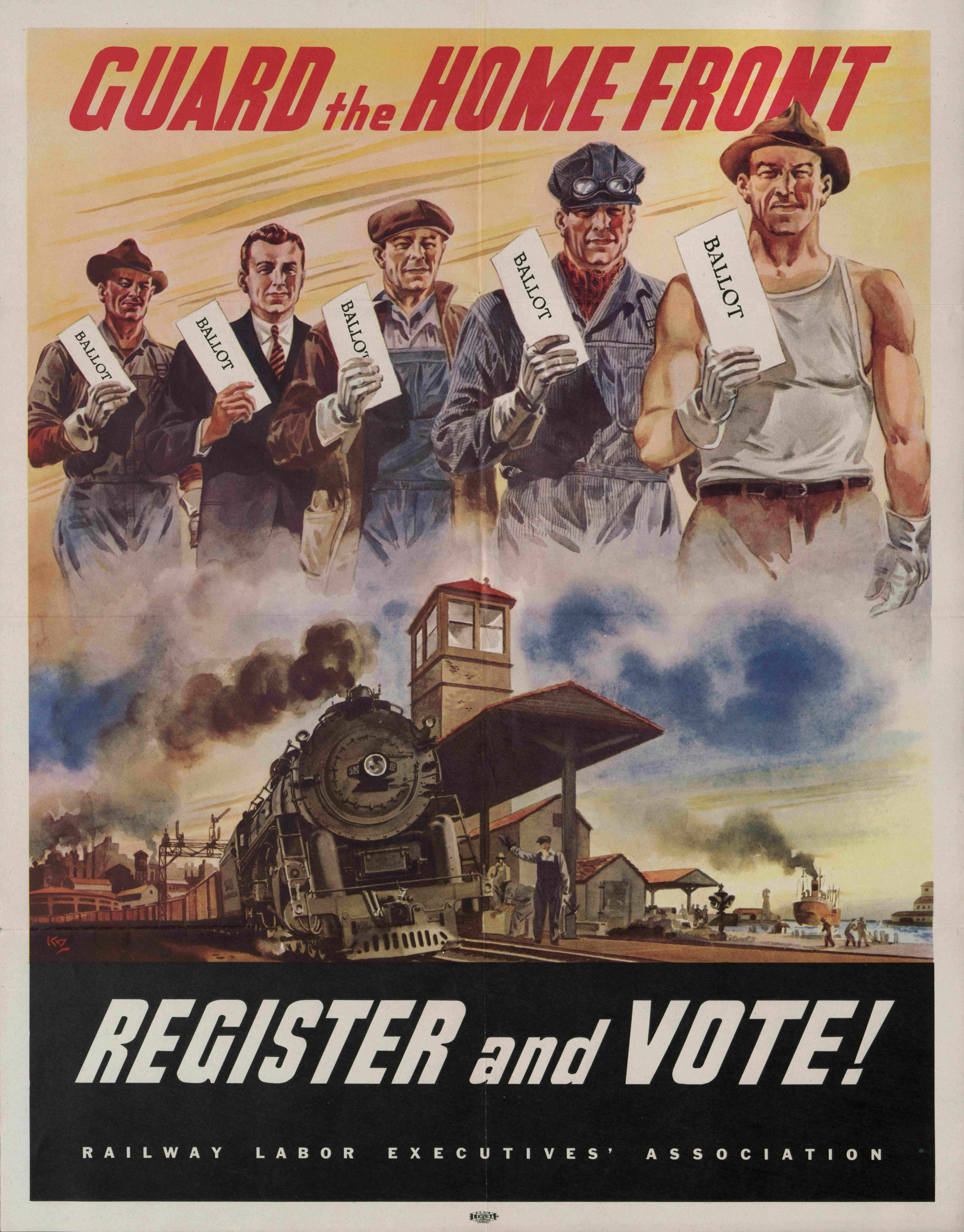 The Railway Labor Executives' Association (RLEA) is joining you at the polls this Election Day with this ca. 1944 poster. The RLEA was founded in 1926 to lobby on behalf of a federation of railroad labor unions in the United States and Canada. It served this purpose until 1997, when it was disbanded in favor of a newly formed rail division of the AFL-CIO Transportation Trades Department.

During World War II, when this poster was created, the RLEA was representing labor unions in several disputes regarding pay raises in response to wartime inflation, which nearly led to a mass strike in 1942. Ultimately, these negotiations brought the RLEA to the White House, where railroad management and labor representatives met with President Franklin D. Roosevelt.

The result was a National Railway Labor Panel, created in 1942 to adjudicate labor disputes in the railroad industry. The panel had nine-seats, with three of those seats reserved for RLEA members. An additional labor policy advisory group was also formed by the federal Office of Price Administration, which included a designated representative seat for an RLEA representative.

In the months before the 1944 election, the RLEA rallied behind and endorsed candidates supporting causes related to minimum wage increases, pensions and other benefits for widows of deceased railworkers, and programs that would expand opportunities for railway workers returning from the war, such as a proposal to offer leave to veterans seeking educational opportunities under the G.I. Bill of Rights and a proposal to ensure that returning veterans' wartime service be included in computing workplace benefits.

This item is Accession 2013.238 in Hagley Library's collections.