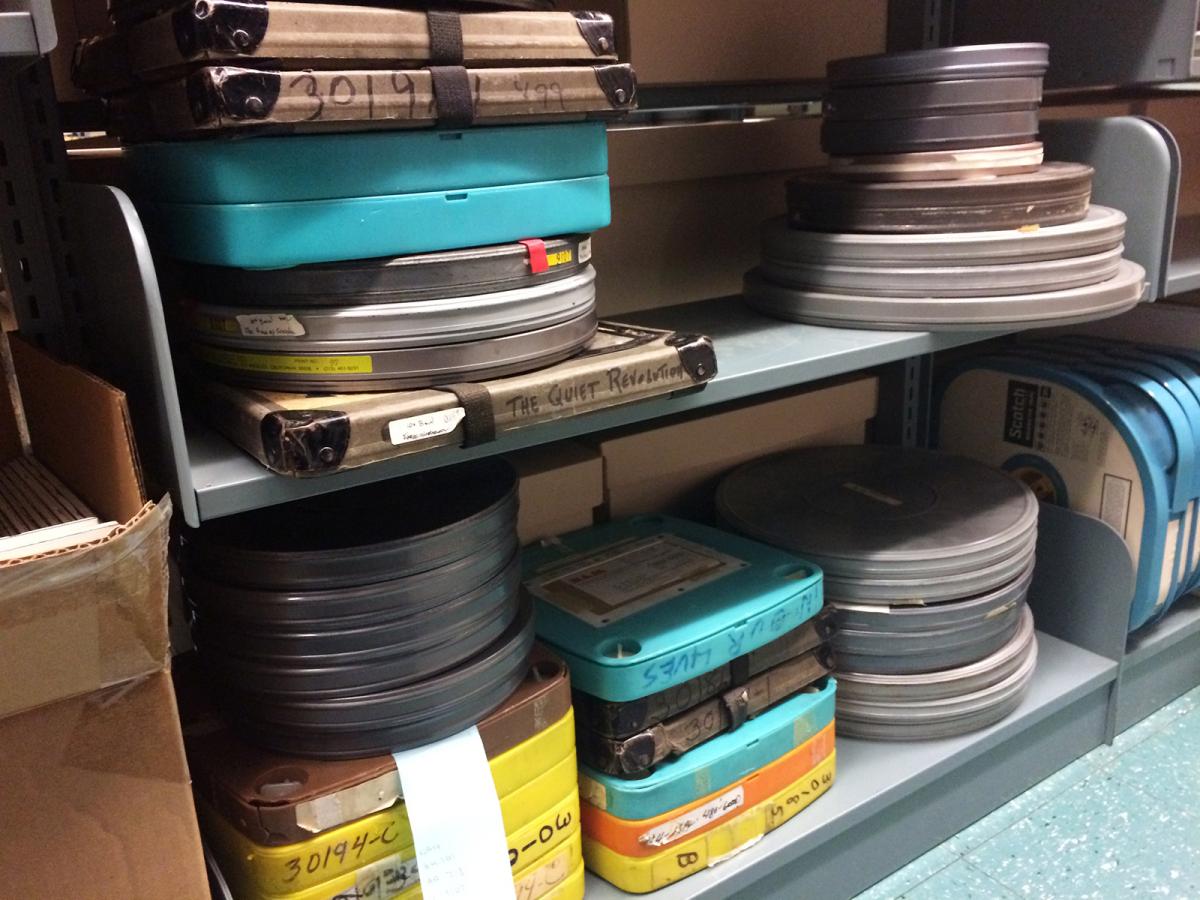 There are over 150 film reels within the NAM collection. They date from as early as 1912 with the “Crime of Carelessness” to 1978.

Each of these films must be re-housed, a more complex process than simply moving the film to another container. Many of the films are currently housed in metal film cans with metal reels; others are plastic, but both must be re-housed.

Films are re-housed onto an archival core and stored in an archival film can. But how do we get from one to the other? 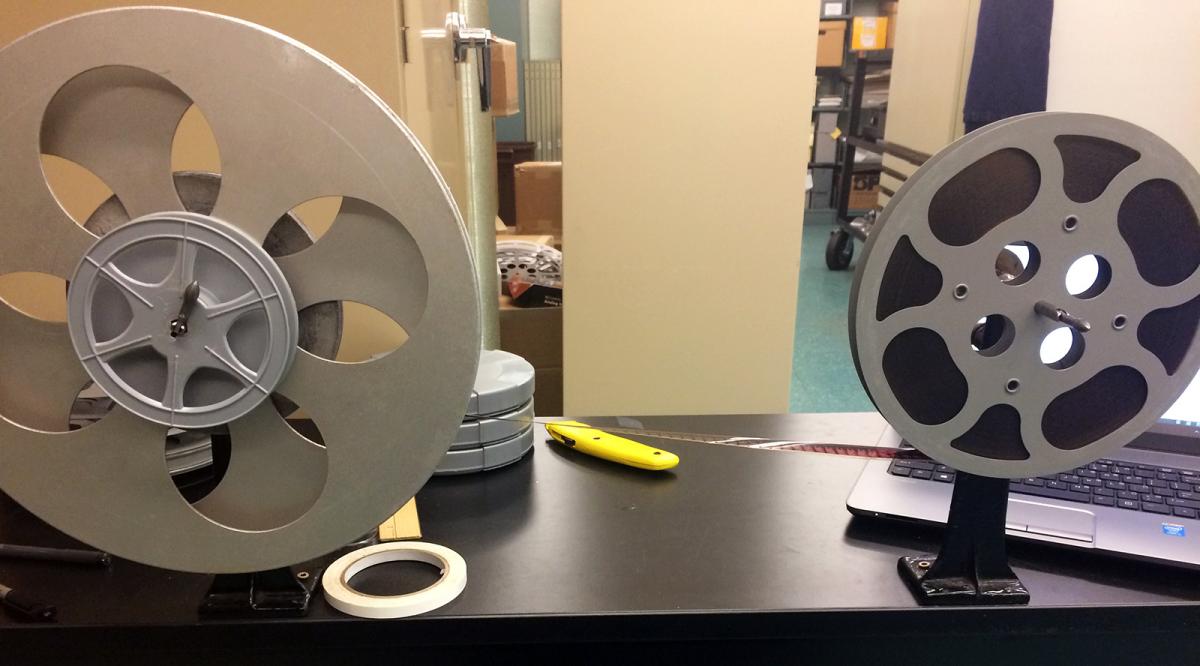 The setup is fairly simple. A set of what we call “film arms” do most of the work, but it is still labor intensive.

A split reel (a reel that can be taken apart) is loaded with a blue archival core and put on one side of the contraption. The film reel is put on the other side with the film hanging so it comes off the far side. The film is then wound around the archival core by hand until it “catches” and can be turned without holding it in place. Once it has, I crank the rest of the film onto the archival core, ending with “tails out,” or the end of the film on the outside. By having tails out, if someone wants to watch the film, the film is rewound onto a split reel and is ready for viewing. 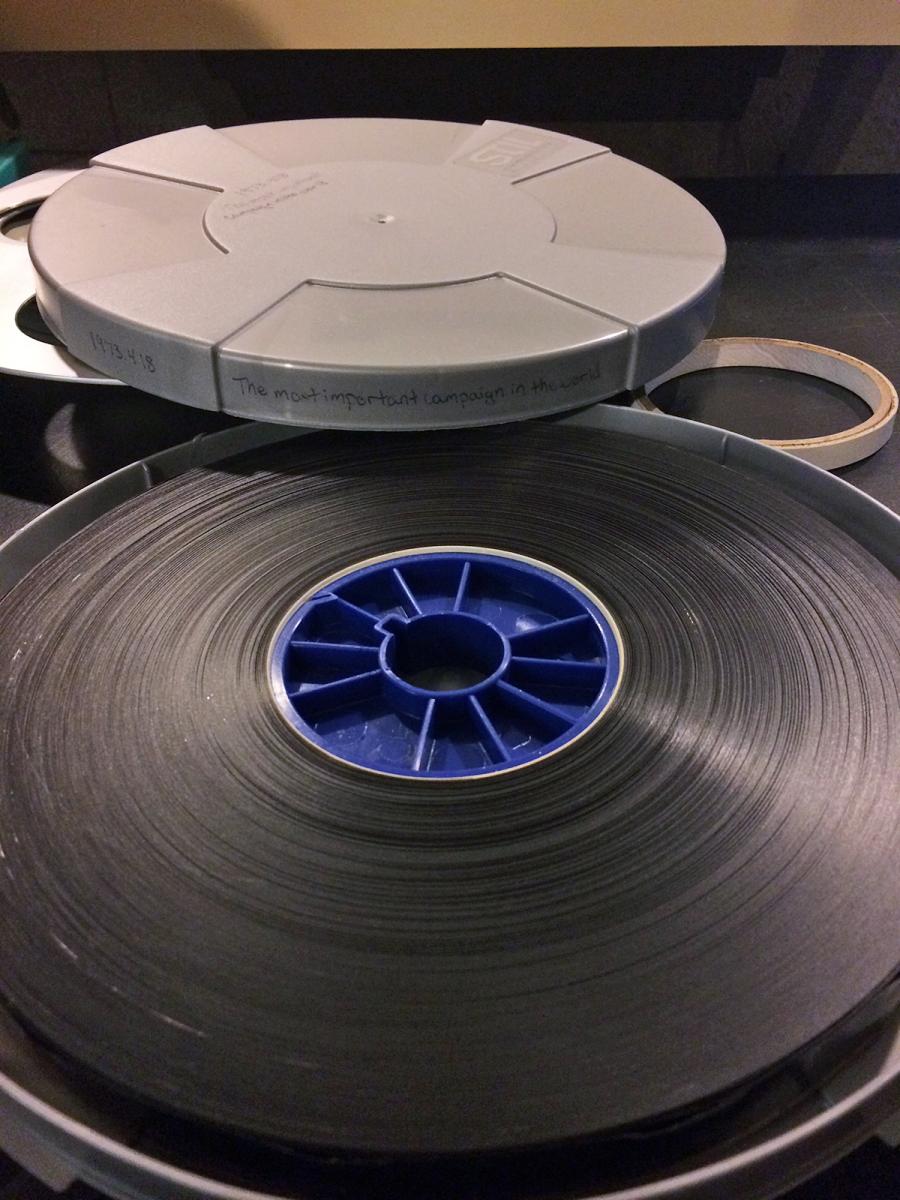 Once the entire film has been wound onto the archival core, one side of the reel is taken off and the film is put inside its new archival can. With the top on, the can is labeled with the collection number (in this case 1973.418) and the title of the film on both the top and side.

After all the films are re-housed and put in the container listing, they will be stored in cold storage.

Why cold storage? Film, both moving images and negatives, should be stored in cold temperatures and relative humidity between 20 and 50% for long-term storage and preservation.

Damp conditions can cause film to stick together and mold, ruining the emulsion. Cold storage extends the longevity of film-based materials and can add years to the life of the film.

Items in cold storage cannot be brought immediately to room temperature. They need to slowly be brought up to room temperature before viewing. This is why some finding aids have the statement that negatives or film materials “are housed in cold storage and must reacclimate prior to viewing. Please contact the Audiovisual Collections and Digital Initiatives Department at least 48 hours in advance of research visit.” 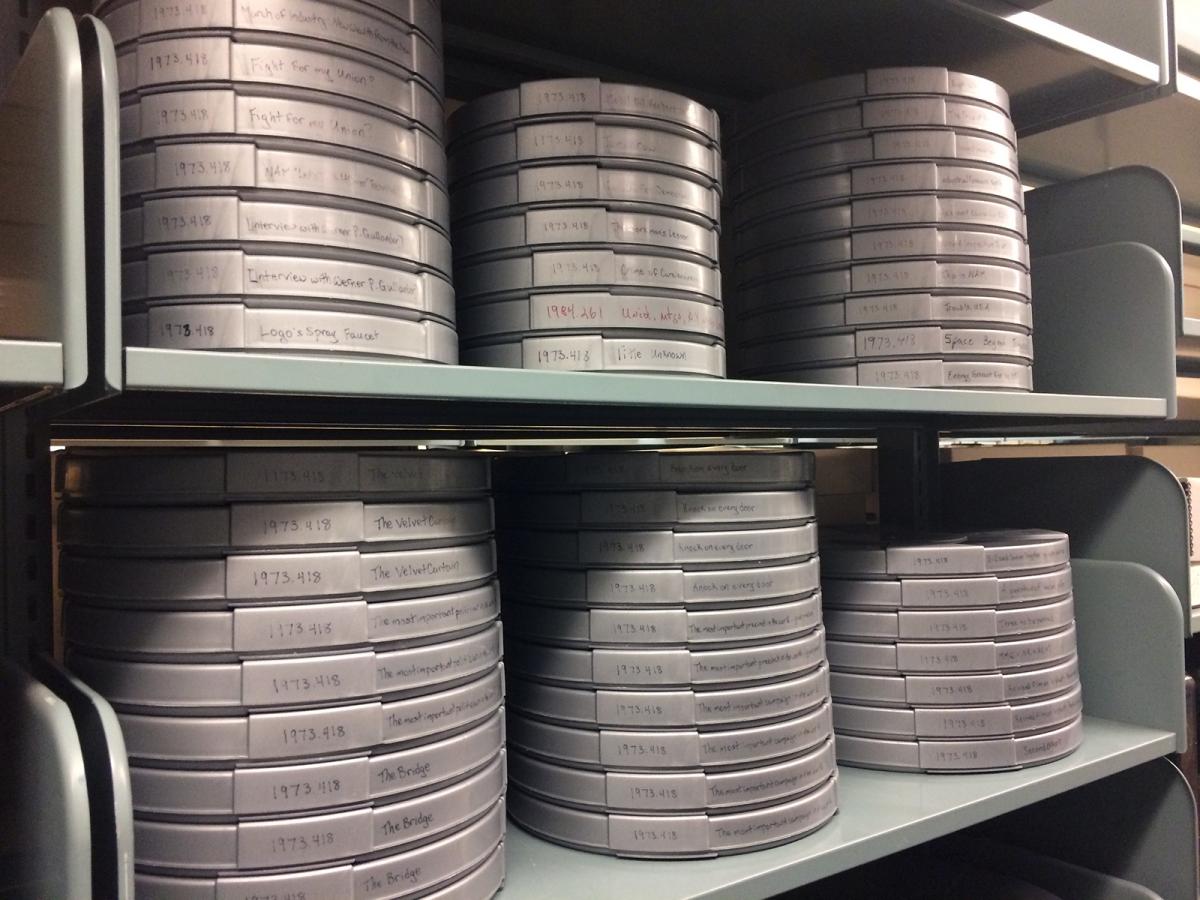 The films in this collection range from 30 seconds to over 20 minutes in length. Additionally, some films will have splices that have come apart and must be fixed.

And of course, each film must be handled carefully in order to not do any damage. I have been fortunate that an inventory was done of the films within the last few years but not all the films made it into the inventory. Those that have not require more time because I must look at the film to discover the title, date, whether it is in black and white or color, if there is sound, and any production information (such as director, producer, or actors).

Ideally a brief summary of the film will also be included. Unfortunately, although not entirely surprising, not all of the information can always be ascertained, but we do the best we can.