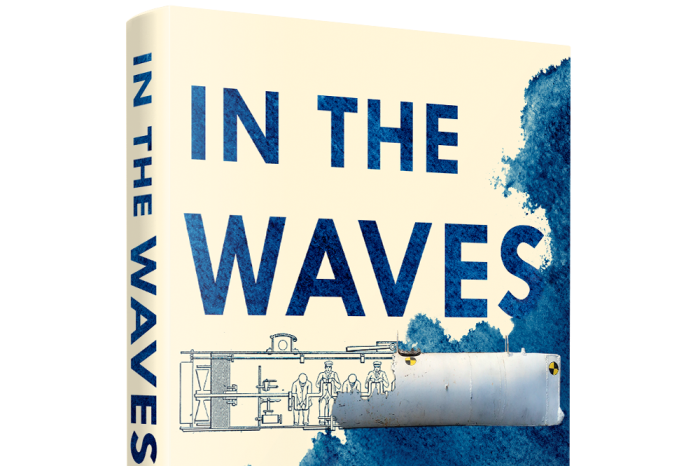 In the Waves: My Quest to Solve the Mystery of a Civil War Submarine

Rachel Lance will speak about her successful detective work uncovering the story behind the sinking of the Confederate submarine the HL Hunley.  Deployed in the 1864 battle of Charleston harbor, the HL Hunley sank the USS Housatonic before it disappeared as well, killing its crew and leaving no visible wreckage. The mystery of the submarine’s demise remained a source of speculation for over 100 years, and only deepened in 1975 when it was finally raised from the harbor’s floor. The craft’s metal hull showed no indication that it had been breached. Additionally, all eight men were still seated at their stations—frozen in time after more than a century. Why did it sink? Why did the men die without any sign they had sought to exit?

Encountering this puzzle while in graduate school at Duke University, Lance became obsessed with understanding what happened. Her interest and training led her to the Hagley archives to learn more about black powder, the explosive used by the U.S. Navy during the Civil War. Drawing on Hagley’s holdings on black powder, and studies from the Civil War era on its blast properties, allowed Hundley to unravel the mystery of why the submarine sank and why its sailors died in their chairs.

On the night of February 17, 1864, the tiny Confederate submarine HL Hunley made its way toward the USS Housatonic just outside Charleston harbor. Within a matter of hours, the Union ship’s stern was blown open in a spray of wood planks. The explosion sank the ship, killing many of its crew. And the submarine, the first ever to be successful in combat, disappeared without a trace.

For 131 years the eight-man crew of the HL Hunley lay in their watery graves, undiscovered. When finally raised, the narrow metal vessel revealed a puzzling sight. There was no indication the blast had breached the hull, and all eight men were still seated at their stations—frozen in time after more than a century. Why did it sink? Why did the men die? Archaeologists and conservationists have been studying the boat and the remains for years, and now one woman has the answers.

In the Waves is much more than just a military perspective or a technical account. It’s also the story of Rachel Lance’s single-minded obsession spanning three years, the story of the extreme highs and lows in her quest to find all the puzzle pieces of the Hunley. Balancing a gripping historical tale and original research with a personal story of professional and private obstacles, In the Waves is an enthralling look at a unique part of the Civil War and the lengths one scientist will go to uncover its secrets.

Rachel Lance is a biomedical engineer and blast-injury specialist who works as a scientific researcher on military diving projects at Duke University. Before returning to graduate school to earn her PhD, Dr. Lance spent several years as an engineer for the United States Navy, working to build specialized underwater equipment for use by navy divers, SEALs, and Marine Force Reconnaissance personnel.

Lance’s talk begins promptly at 7 p.m. and are held in Hagley’s Soda House building. The talk is followed by an opportunity for audience discussion and purchases of Lance’s book. Light refreshments are provided. The event ends by 8:15 p.m.

Use Hagley's Buck Road East entrance off Route 100 in Wilmington, Delaware. Advance registration is free but required; proof of registration may be needed to enter event. Registration for Rachel Lance’s author talk is exclusively through Eventbrite at https://author-talk-rachel-lance-in-the-waves.eventbrite.com.