World’s Fairs or International Expositions highlight technology, agriculture, and other innovations of national or cultural significance. The 1964 World’s Fair, while no exception, did have its differences from previous fairs. The Fair did not receive official support or approval from the Bureau of International Expositions (BIE), the international body that sanctioned world’s fairs, and the BIE discouraged governments from participating. But through private investors and corporate exhibitors, the Fair was held in Flushing Meadows, New York, from April 22, 1964 to October 18, 1964, and then again from April 25, 1965 to October 17, 1965, with the theme of “peace through understanding.” The fair is remembered for its emphasis on technology and space exploration. Highlights of the fair included a twelve-story stainless-steel globe called the Unisphere and the General Motors “Futurama II” exhibit as well as the introduction of RCA’s color television and the Ford Mustang.

Walt Disney also utilized the 1964 World’s Fair to design and perfect his audio-animatronics, lifelike robots controlled by electromechanical actuators and computers. Disney and WED Enterprises designed and created four shows for the fair: “It’s a small world – a salute to UNICEF” for Pepsi-Cola, “Ford’s magic skyway” for the Ford Motor Company, “Great Moments with Mr. Lincoln” at the Illinois pavilion, and “Carousel of Progress” in “Progressland” sponsored by General Electric.** 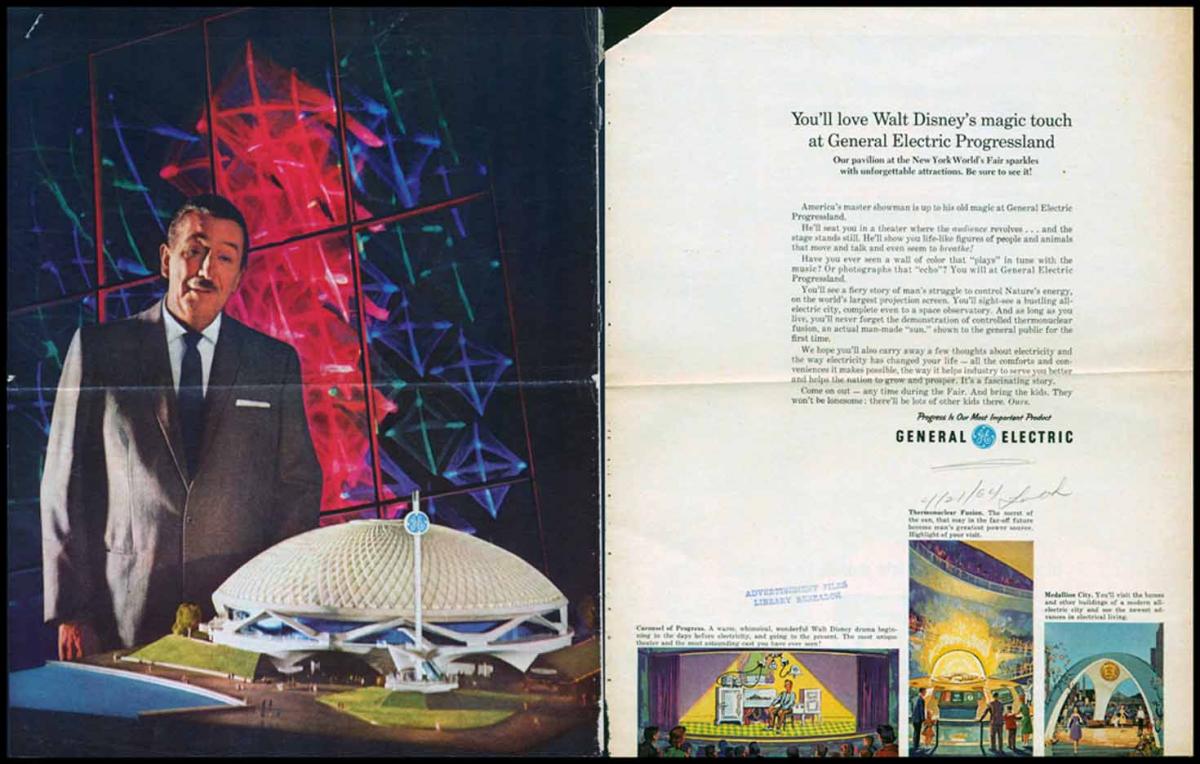 Being the advertisement firm for General Electric, BBDO helped promote Progressland at the World’s Fair. They highlighted the “whimsy and wonder of Walt Disney” at the Carousel Theatre where the “audience revolves…and the stage stands still,” a demonstration of controlled thermonuclear fusion that “as long as you live, you’ll never forget,” and a wall of color that “plays” in tune with the music. These all connected to the theme of the pavilion: “the way electricity has changed your life – all the comforts and conveniences it makes possible, the way it helps industry to serve you better, and helps the nation to grow and prosper.” 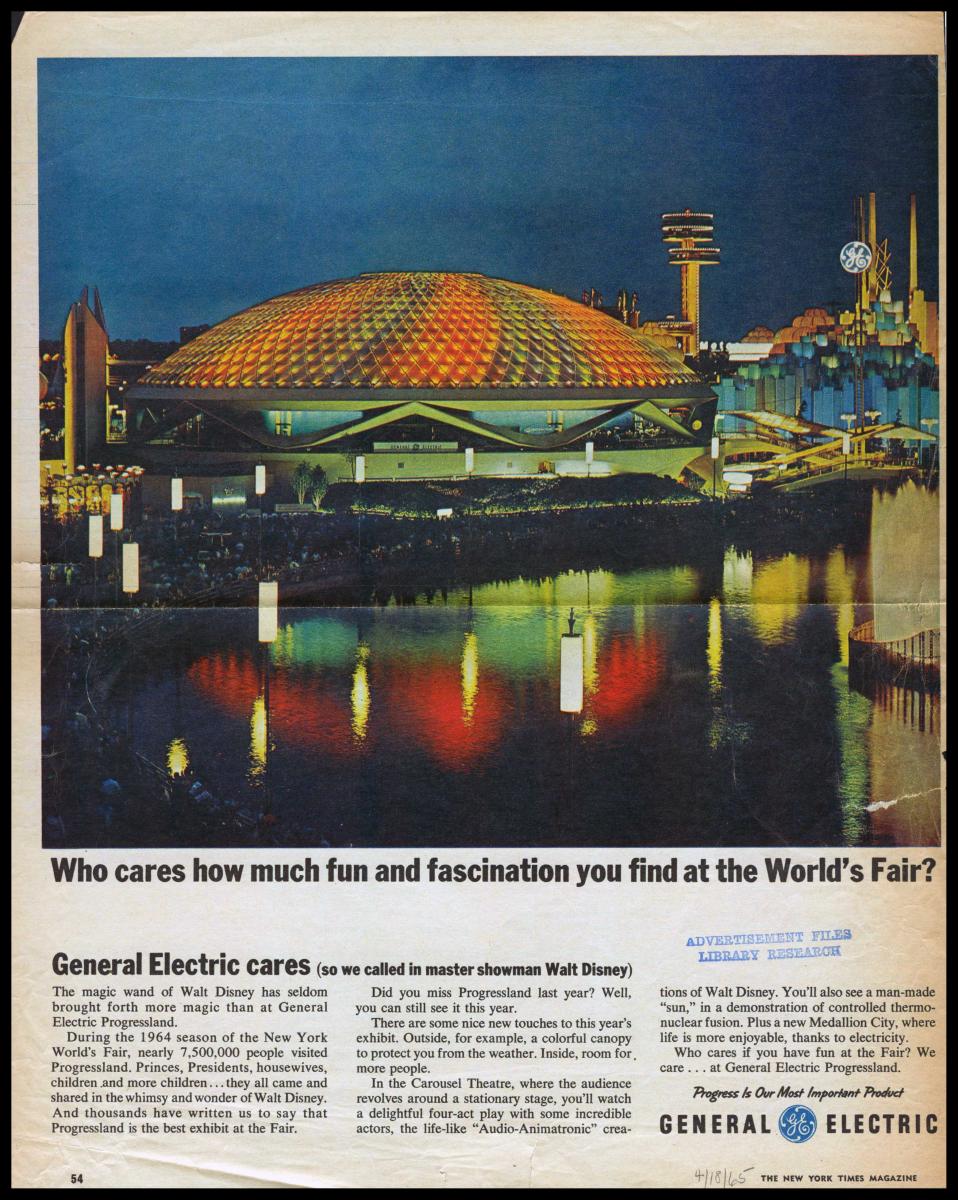 The GE pavilion was one of the most popular at the Fair. A three-story building topped by a 200-foot diameter dome with more than 1,000 lights on the exterior provided a special nighttime effect. Not only was Progressland’s dome not to be missed at night, but the Fair, as a whole, took on “an air of excitement and drama, thanks to its remarkable lighting” courtesy of General Electric: “You’ll see the newest light sources: the square panel fluorescents that light the Fair’s streets; the brilliant Xenon lamps in the Tower of Light; tiny Quartzline lamps that dot the capitals of the Unisphere; sparkling Dichro-Color PAR lamps at G-E’s Progressland; and powerful Multi-Vapor lamps that illuminate the exciting fountain of the Planets.”

** All four attractions were transported back to Disneyland in Anaheim, California, following the closure of the Fair in 1965. The Carousel of Progress was moved to the Magic Kingdom in Walt Disney World, Florida, in 1975, where visitors can still watch the stage show, albeit a slightly altered version.

Ashley Williams is the processing and digital archivist at Hagley Museum and Library.