So what have I been up to these last few months? I was immersed in maps: surveying, cleaning, humidifying, flattening and mending 50 maps from Group 127 of the Bingham Estate Collection. The maps, dating mostly pre-1900, show Bingham lands and properties in northern Pennsylvania. They are hand drawn and colored, of various sizes, on an assortment of paper thicknesses. The majority of maps were in fair to poor condition, some so tattered and torn they were difficult to handle. Since the maps had been stored folded, most of the damage occurred along the folds. 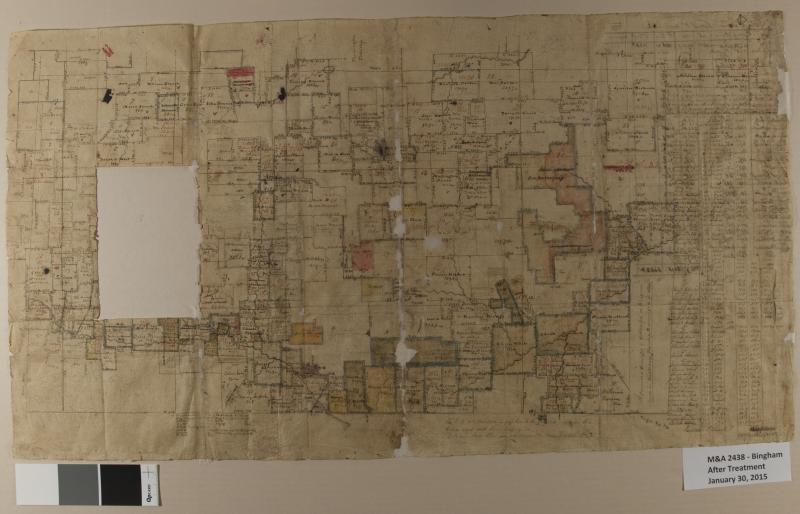 The map shown, “A Connected Draught of Settlers Lots on Bingham Lands in Middlebury Township, Resurveyed in 1834”, is drawn on a very thin, almost tissue-like paper, and was lined with black linen. Much of the paper had lifted away from the linen and folded back upon itself, especially along the folds. At first glance this may look like losses, but after flattening and mending, there were actually relatively few losses. It’s not certain if the large rectangular loss was removed intentionally or just went missing over time.

Sharon Fickeissen is the Conservation Technician at Hagley Museum and Library.