Every Picture Tells a Story, Or Does It?: Examining the Train Station

Among the newly-processed Pennsylvania Railroad files from New Jersey are eight cartons describing the operation of New York’s Pennsylvania Station from its beginning to 1934. Unlike our other Penn Station files that have been opened for decades, they focus, not on the initial design and construction, but on the problems of the day-to-day operations of a vast multi-use building. Many of the numerous books on Penn Station are derived only from photographs and architectural drawings, or from newspapers and official construction reports. Or else they focus on the station’s later decay and demolition. The ordinary folks are often absent.

Instead, these records depict a world of hard realities: of excessive heat and cold drafts, of confusing passageways and cramped quarters amidst grand vistas, of traffic congestion and undesirable neighbors, of mundane slips and falls and complaints about dirty toilets and obscene graffiti, of the station’s police force and its endless struggles against pickpockets, scam artists and petty theft, the eternal give and take with the city authorities whose domain lay outside the doors, and the need to maintain parity with crosstown rival Grand Central.

No one would deny that Penn Station was a masterpiece of architectural composition, but it was one that lived up to Robert Burns’ take on well-laid-plans. Meticulous schemes for pedestrian and vehicular circulation could not prevent people from going their own way and finding the shortest route. The growth of certain functions such as parcel-checking, was underestimated, leading to awkward attempts to carve out more space.

Long Island Rail Road suburban traffic, originally allotted only four of 21 tracks, grew to account for over two-thirds of traffic volume, and its portion of the station expanded accordingly by fits and starts. The struggle between operating officers and architects was well under way within a decade of the building’s opening, and the mutilations of the 1950s and the leveling of the 1960s were merely the culmination of processes long underway. Neither, as the record shows, are today’s complaints anything new. 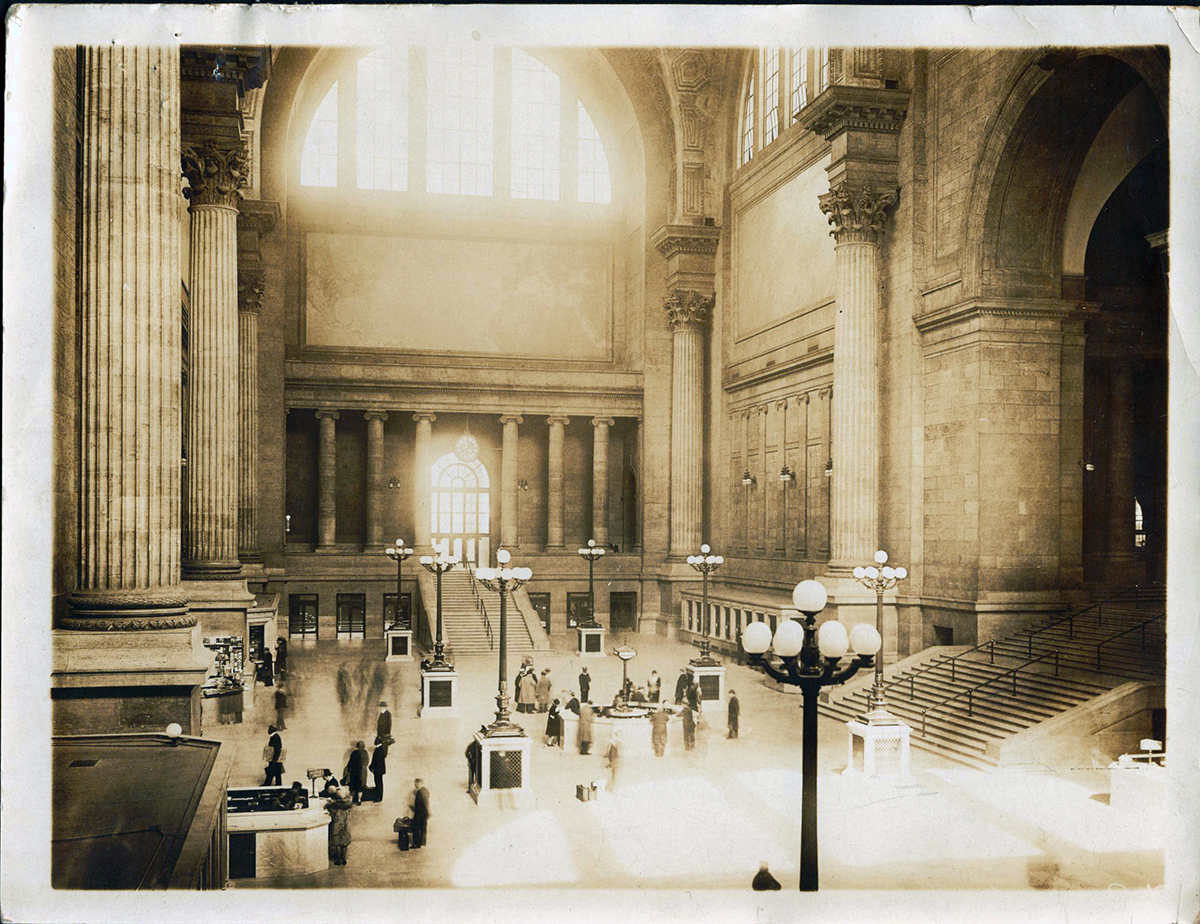 This standard publicity view shows the magnificence of the General Waiting Room. What it cannot disclose is that drafts were occasionally so bad that the clerks at the information desk in the center demanded glass walls to block the wind. Likewise, the fact that railroad and Pullman tickets were sold separately meant that first-class passengers had to endure standing in two separate lines, and there were always disputes about the allocation of space in the ticket booths around the edge of the room. 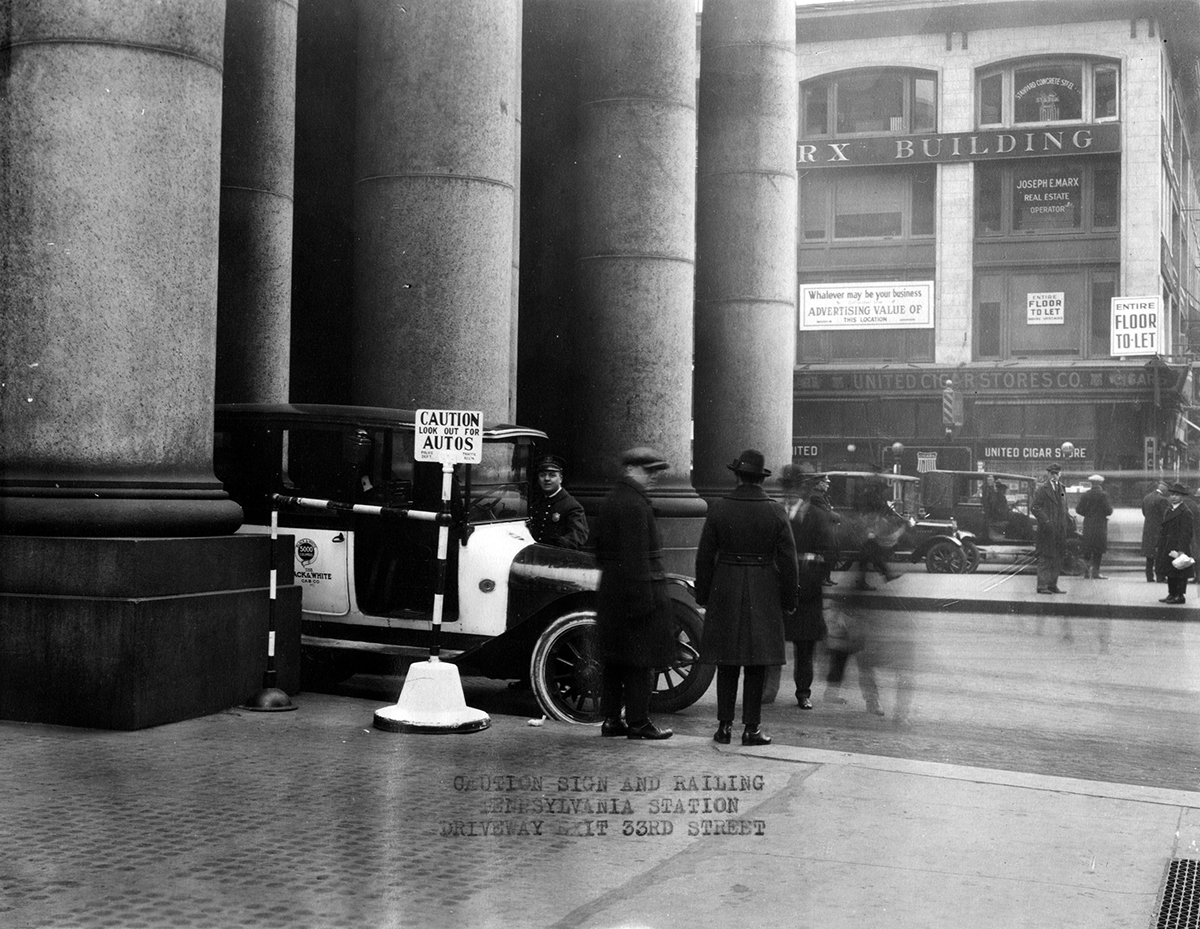 In contrast, this photo was taken to illustrate a particular problem. The carriage entrances were partly inspired by Berlin’s Brandenburg Gate, but as their name indicates, were conceived in the era of horse-drawn carriages. The new warning signs show that by the late 1920’s, traffic congestion had become a menace to both drivers and pedestrians. Two other issues might elude all but the most careful scrutiny. Exhaust has blackened the bottoms of the columns, and there were complaints of fumes entering the building. The squares in the sidewalk are glass blocks or “vault lights,” that were a popular means of admitting light to subways and basements early in the century, but became increasingly opaque or broken with continuous wear and buffing.

Chris Baer is the Senior Archival Specialist at Hagley Museum and Library.