Hagley has recently partnered with Tsinghua University Academy of Arts and Design to bring an exhibit featuring selections from Hagley’s patent model collection to China.  “Spirit of Invention” opened in Beijing, the first stop on a four city tour, in late March. The exhibit was created in collaboration with Tsinghua University to commemorate “World Intellectual Property Day” and to present one of Hagley’s premier collections on a world stage. 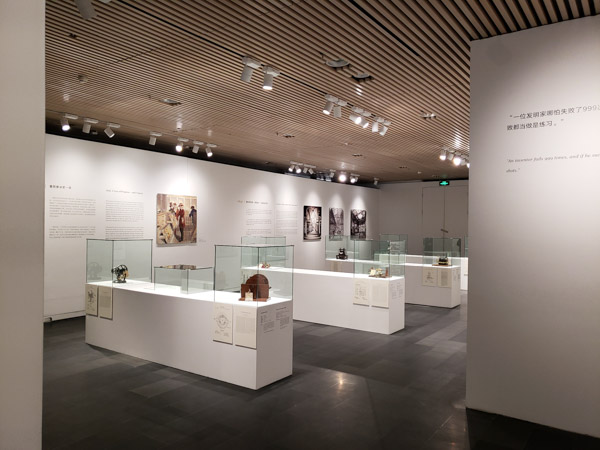 It was with great excitement and some trepidation that I followed 60 of Hagley’s patent models to the Chinese capital. The seven crates of models landed in Beijing no worse for their travels, which is more than I can say for yours truly.

The models and I each had a couple of days to acclimate to our new surroundings before being put to work. Anyone who has been a part of an exhibit installation has witnessed what appears to be tightly controlled chaos. I can assure you that it a universal phenomenon, chaos sounds (and looks) the same in any language.

I was led into an expansive exhibition space filled with dozens of people, all eager to start unpacking crates, moving objects, installing and adjusting lighting, mount labels and text panels, cleaning and repairing cases, adjusting audio visual displays; and all of it happening at once. Like a well choreographed dance. 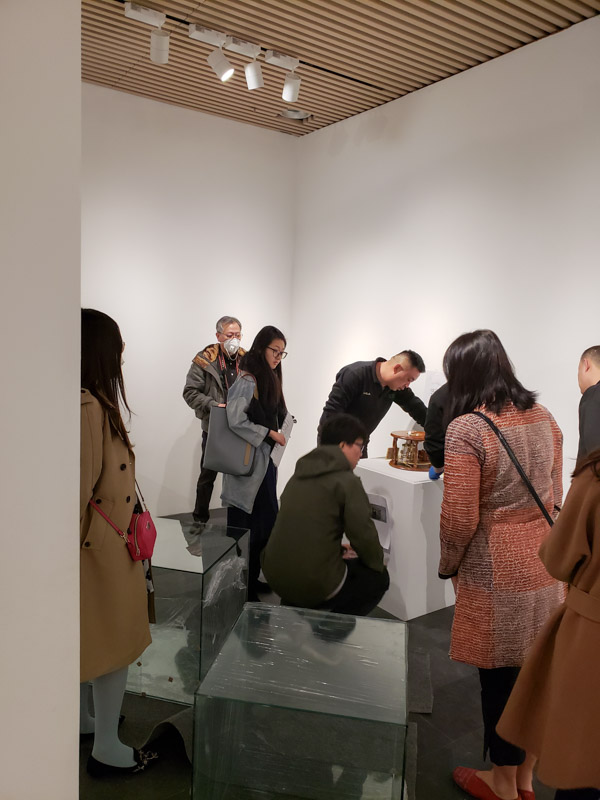 In just a couple of days that same expansive space was transformed into a welcoming, informative and inspiring exhibit showcasing examples of American creativity and ingenuity and highlighting Hagley as a place to experience that very thing.

It was a welcome opportunity to work and exchange ideas with colleagues from Tsinghua University, and to discover the differences and many similarities in museum work on different continents. Now a few of the wonders of Hagley are accessible to an audience who might otherwise never have encountered them. 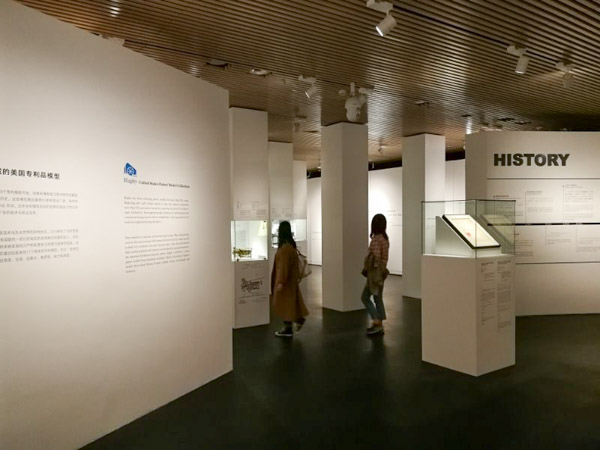 You can learn more about the exhibit “Spirit of Invention: Nineteenth-Century U.S. Patent Models from the Hagley Museum and Library” here.

And you can find out more about Hagley’s patent models as well as other collections online.