Hiding in Plain Sight: The Stories of du Pont Women 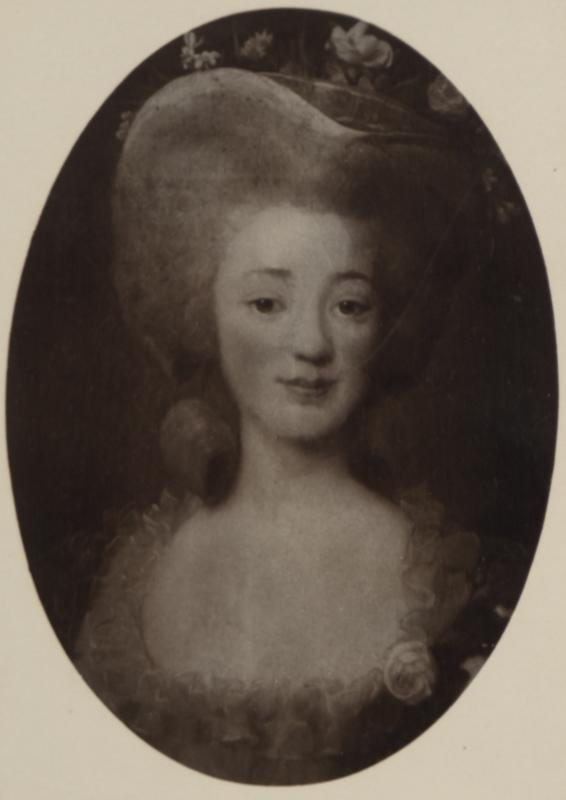 Why is it that communities remember some events in their past and not others? Why are there often competing narratives of historical events? And why does it matter whose stories historians tell and how we tell them? As an English professor specializing in rhetoric and composition, who began my career as a French historian, I have long been interested in these questions about historical memory – about how the past is represented and how historical narratives are constructed. These same questions sparked my interest in the early du Pont family’s experiences in 18th century France.

The story of the du Pont family’s decision to leave France for the United States in 1799 is featured prominently in du Pont family biographies and corporate histories. Faced with an uncertain political and financial future in France, Pierre Samuel du Pont de Nemours, a prominent 18th-century economist, publisher, and politician, moved with his family to the United States to embark on a new business venture. Elder son Victor, having served as a French diplomat in America, brought to the endeavor English language skills and American contacts; younger son Eleuthère Irénée, who had trained with Lavoisier, proposed adding the manufacture of gunpowder to the company prospectus and would go on to found E.I. du Pont de Nemours & Co.

Yet who is left out of this dominant narrative, and why? There were other adult family members who traveled to the United States in 1799 – Françoise du Pont (Pierre Samuel’s second wife), Joséphine du Pont (Victor’s wife), Sophie du Pont (E.I.’s wife), and Julienne and Jean-Xavier Bureaux de Pusy (Françoise’s daughter and son-in-law) – but reading account after account of the early du Pont family’s story, I found that mentions of these other individuals were few and far between, offering little more than brief sketches of their lives.

I initially imagined that my book project would integrate and balance the biographical narratives of these eight family members in order to offer a more complete portrait of the early du Pont family at the time of their arrival in the United States. However, after working with the Hagley Museum and Library manuscript collection in June 2021, I saw that a narrower study, one that foregrounds the experiences of the female family members, in particular, would be possible. The gaps in the historical record that I observed were not due to a lack of archival material.

For example, I was surprised to discover the many unpublished letters that E.I. and Sophie wrote to one another before their marriage; these small notes, along with materials like a swatch from Sophie’s wedding dress, offer insight into her personal and embodied experiences. Similarly, remnants of Joséphine’s correspondence with French friends and family members compliment her various memoirs and letters relevant to Françoise – whether Victor’s letters to his father while visiting Françoise and her first husband, Pierre Poivre, or Françoise’s own letters to her stepchildren after marrying Pierre Samuel – tell us about her activities and family relationships. So, too, do business documents and letters from Pierre Samuel illustrating her role as an investor in the du Pont enterprise.

How did Françoise, Joséphine, and Sophie’s personal trajectories lead them to marry into the du Pont family?  How did they experience the turbulent years of the French Revolution and the family’s decision to leave France? How can their experiences shed light on women’s lives in 18th century France? The Hagley manuscript collection will play a valuable role as I seek to answer such questions about these women’s lives as well as the questions about historical memory at the heart of my inquiry.

Kelsey McNiff is an associate professor of English and Composition at Endicott College. In support of her research, Dr. McNiff received funding from the Center for the History of Business, Technology, & Society at the Hagley Museum & Library.​