Hagley is pleased to announce the launch of the Lukens Steel Company newsletter digital collection. The online collection includes the employee newsletter from Lukens produced between 1935 and 1989.

Hagley digitized the material through a grant from the National Historical Publications and Records Commission for a project led by The Graystone Society/National Iron and Steel Heritage Museum in Coatesville, PA.

Lukens Steel Company was a medium-sized producer of specialty steel products and one of the top three steel plate producers in the United States. The period covered by the digitized collection includes the effects of the New Deal and World War II and the U.S. industrial boom in the 1950s and the steady decline of U.S. steel manufacturing starting in the 1970s.

In addition to offering insight into the broader history of the 20th century, the newsletters provide a history of the people of Lukens and Coatesville's community. The employee newsletters include intimate details about the social lives of workers. Each issue covered happenings at the mill, accomplishments of employees, news about national affairs that affected the company and its employees, birth announcements, and Lukens athletic teams' news. World War II-era issues include Lukens employees' letters from overseas and reports of those lost or injured in battle. The material in these magazines reflected the events and trends that were shaping United States history and culture. 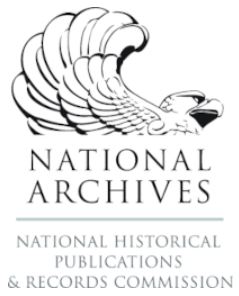 Lukens had a history of hiring African American workers going back into the 19th century and served as a landing place for many southern and eastern European immigrants in the early 20th century. The newsletters will be a new source for scholars studying these marginalized communities whose lives can be challenging to find in archival records. In addition to scholars, genealogists will find the ability to search specific names a valuable tool for writing their family history.

Hagley is grateful to the Graystone Society for leading the project, and, of course, we are also thankful to the National Historical Publications and Records Commission for funding the project.

Kevin J. Martin is the Curator of Archives and the Andrew W. Mellon Curator of Audiovisual and Digital Collections at Hagley Museum and Library