Museum Collections: Trials and Tribulations of a Yellow Boxcar

Sitting in front of a Roll Mill in the Hagley Museum Powder Yard is the yellow boxcar. Images of this car—photographs or paintings—adorn the walls of local doctor’s offices and the hallways of law firms in Wilmington and beyond. But few know about the trials and tribulations that this particular boxcar has been through. 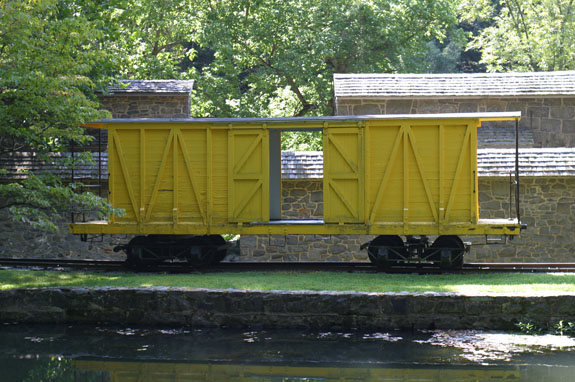 The yellow boxcar was moved to Hagley from the DuPont Company’s Carneys Point, New Jersey, plant in September 1970. By 1917, DuPont had expanded Carneys Point to 67 times its pre-World War I capacity and employed 25,000 workers. Following the war, DuPont scaled back its munitions business. Carney's Point continued to produce sporting powder but was overshadowed by the expanding dye works at the adjoining Deepwater plant. World War II brought a resurgence of smokeless powder production, but in the late 1940s, Carneys Point branched out into the production of cellulose chemical intermediates. Smokeless powder operations continued under the DuPont Petrochemicals Department until the plant was closed in the late 1970s.

At both Eleutherian Mills (now Hagley) and Carneys Point, boxcars were used for transporting gunpowder and other gunpowder ingredients in wooden kegs. The kegs were laid on their sides and piled up as high as space would allow. Next time you visit Hagley stop by and take a peek inside the yellow boxcar. You will see the circular rings left behind by the powder kegs on the two end walls of the car.

Though the car was moved to Hagley in 1970, it did not receive any attention until 1988. The car had been abandoned for several years and it was in very bad shape. The roof leaked badly and the supporting beams were rotten. In 1988 Conservator Claudia Deschu, working with then Restoration Carpenter John McCoy, rebuilt the car, providing a new roof, new side braces and support frames as well as floor boards. It was an arduous task. 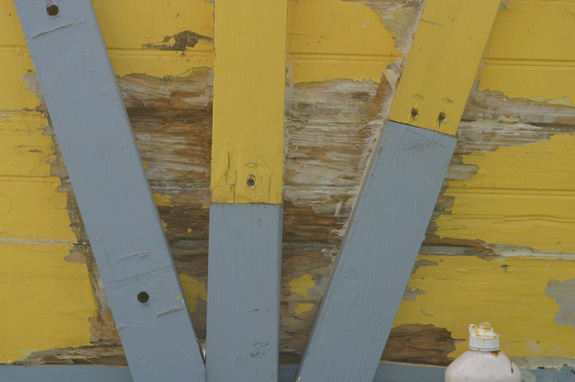 The boxcar suffers from paint loss and wood decay

One of the most difficult things for a museum conservator is how to maintain an outdoor display in good condition. Metallic objects corrode, fugitive objects fade and wooden objects such as the boxcar simply rot away. Since its restoration in 1988 the car has undergone two more major repairs. In 1997 I replaced all four doors, the Z-braces and many of the lower moldings. In 2010 I replaced the entire floor using yellow pine, the supporting frame and many of the side panels. Cypress wood was used for the side panels. Hagley’s carpenter shop and its staff are always very helpful. 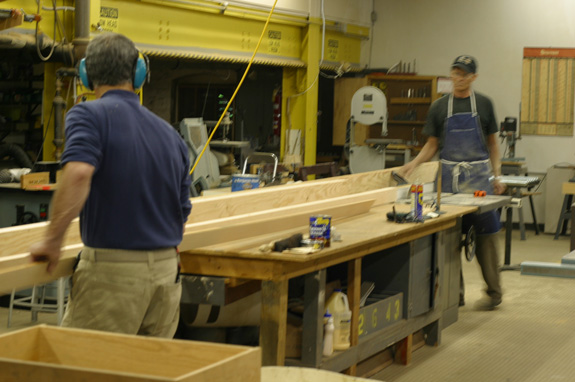 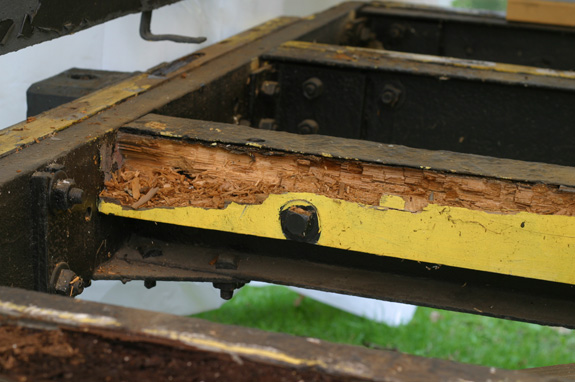 Rotten supporting structures are replaced or filled in

In between these repairs the car receives annual maintenance: Pulling water from the race nearby, I wash the car to remove mildew from the trucks, I gouge out rotten wood and fill losses with wood fillers, I check roof and replace rotten wooden members. Whenever necessary I’d do spot painting. So the trials and tribulations of the boxcar continue and will for a long time to come.

Ebenezer Kotei is the Objects Conservator at Hagley.