When people come through the Machine Room in museum storage, one of the first comments they make is, “What is that thing?!” The “thing” they are almost always (but not exclusively) referring to is the ballistic pendulum. 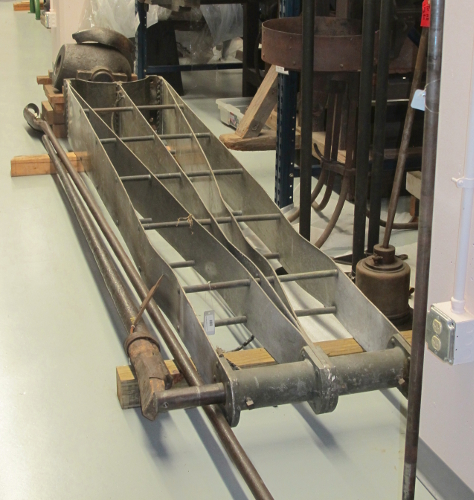 It certainly is an impressive object- It is 12 feet long and weighs several hundred pounds when assembled. Of course, after I explain that it is a ballistic pendulum, I usually have to explain what that ballistic pendulum is. A ballistic pendulum is a form of an eprouvette- or, powder tester. Makers of gunpowder, or any other type of explosive, need to test the potency and quality of their product. That’s where eprouvettes come into play. Taking a wide variety of forms, from massive ballistic pendulums to miniature pistols, eprouvettes test explosives by detonating a small amount of them and testing the strength of the explosion. The method of testing the strength varied. Some of the smaller eprouvettes in Hagley’s collection are measured by vertical ratchets or wheels, recording the force they were blown away with. 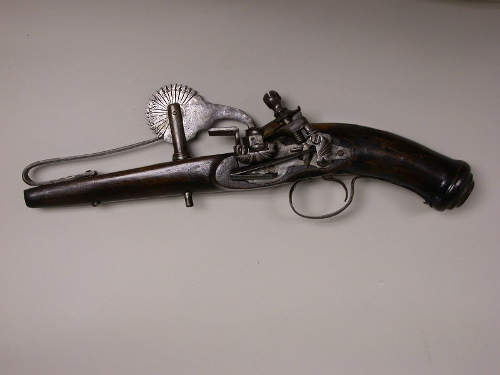 The ballistic pendulum is of course a bit larger. The concept is the same, however. A charge would be placed in the mortar at the bottom of the pendulum and ignited and the swing of the pendulum. The charge ignited was only ten grams, or about a third of an ounce. The pendulum was precisely balanced set on knife edge-like legs, to eliminate the resistance of friction to the blast. 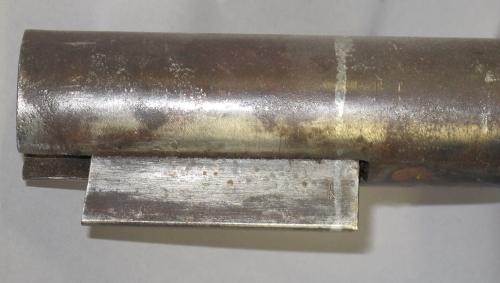 Usually, the pendulum was also used in a building to eliminate environmental interference from in the testing process. You can see an image of a similar one set up outside here: 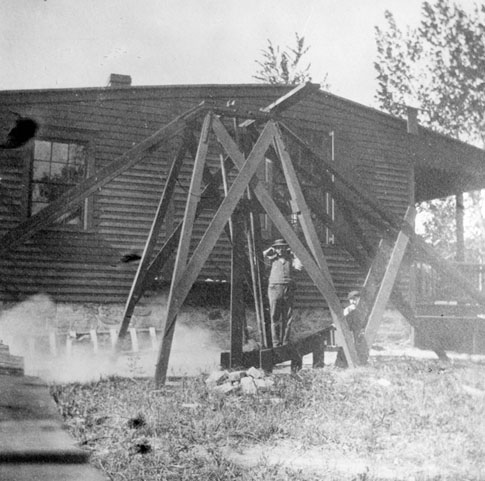 These measure may seem a bit extreme, but rather standard now in most manufacturer’s quality control processes. What is interesting about this ballistic pendulum is that it documents the explosives industry’s continuing efforts to improve the scientific testing of their own products for quality and consistency. From the small handheld models of eprouvettes with individually tuned springs and ratchets to the massive ballistic pendulums balanced carefully and kept away from the any potential environmental variables, the explosives industry was always trying to improve the way they could prove their product’s quality, and hence their sales. The ballistic pendulum is just a small (figuratively small, not literally) part of that story.

This particular ballistic pendulum used to belong to the Hercules Powder Plant in Kenville, New Jersey. It was used up until the middle of the 20th century.

Keith Minsinger is the Museum Registrar/Collections Database Manager at Hagley.