During the rainy summer months, we found water seeping into our basement at home. We dragged out our wet/dry vacuum and went to work on the problem. We had to move things around to get them out of harm’s way. One of the things that we had to move was an old steamer trunk. I hadn’t paid much attention to it before, but I started to be curious about it and wondered what might be inside it. It was certainly heavy enough to contain some treasures!  We unfastened the hasps, and turned the key in the lock, but it didn’t open. With a little oil, a lot of elbow grease, a hammer and a screwdriver, we were finally able to pry it open. After all that built up suspense… it was empty!

I started to look more closely at the information marked on the trunk.  A metal plate showed that the trunk was purchased from Abercrombie and Fitch. 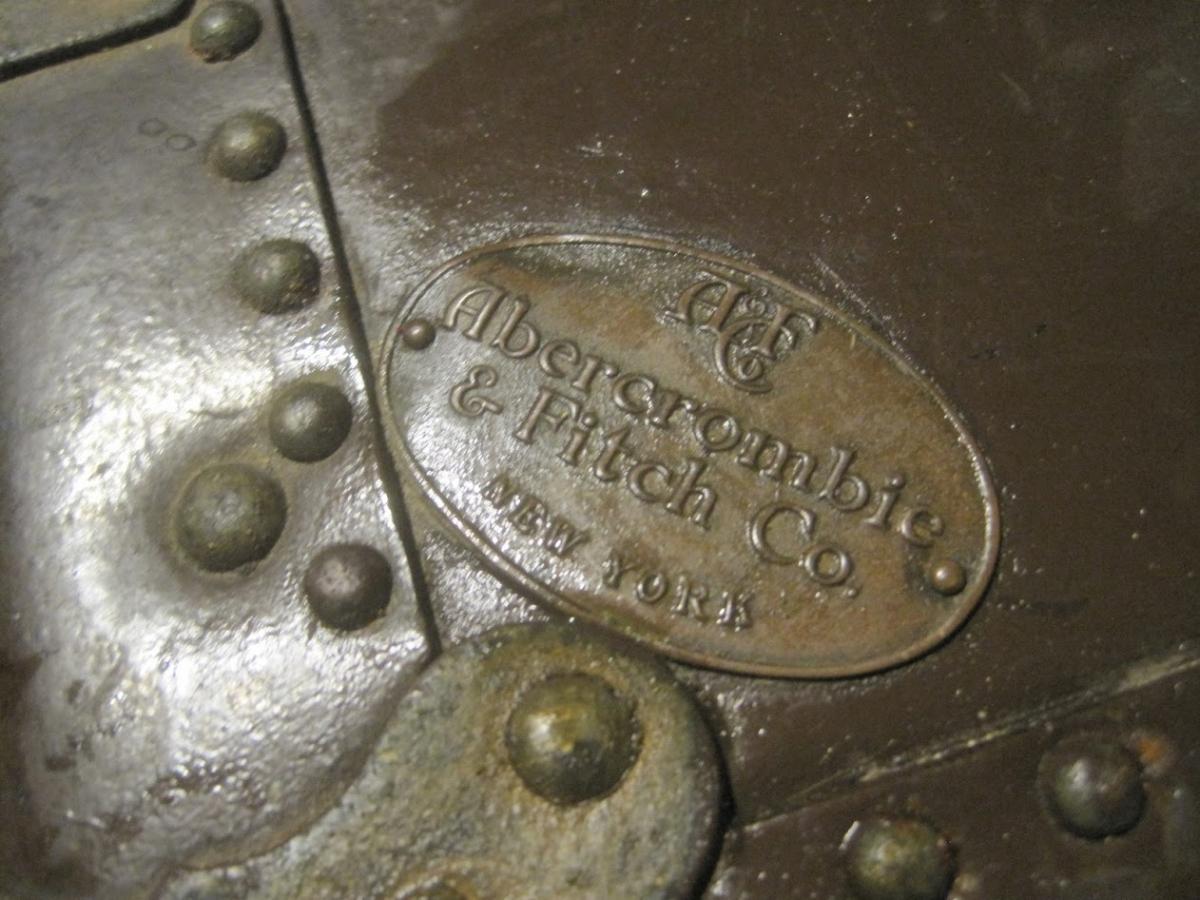 Another plate and the interior handles clearly showed that the trunk was made by the Oshkosh Trunk Company.

The Oshkosh Trunk Company initially began producing trunks in 1898, in Oshkosh, Wisconsin.  Its signature line of luggage called the “Chief” was styled with beige duck cloth, with red and yellow stripes. The company also produced an advertising figure of an Indian brave on top of a trunk with the words "Oshkosh" engraved at the base. The city of Oshkosh was named after Chief Oshkosh, (1795–August 29, 1858) chief of the Menominee Tribe from 1827 until his death.

The company was incorporated in March 1902.

In 1919, the Belber Trunk & Bag Company purchased the Oshkosh Trunk Company. In 1920, the company purchased the Larkin Building on Arch Street in Philadelphia to house its main office, a factory and a salesroom, and became the world's biggest manufacturer of traveling goods.

Another plate on our trunk listed the patent dates from the Oshkosh Trunk company.  The first date listed was 1913, and the last date was 1926.  That told us that the trunk was from 1926 at the earliest. 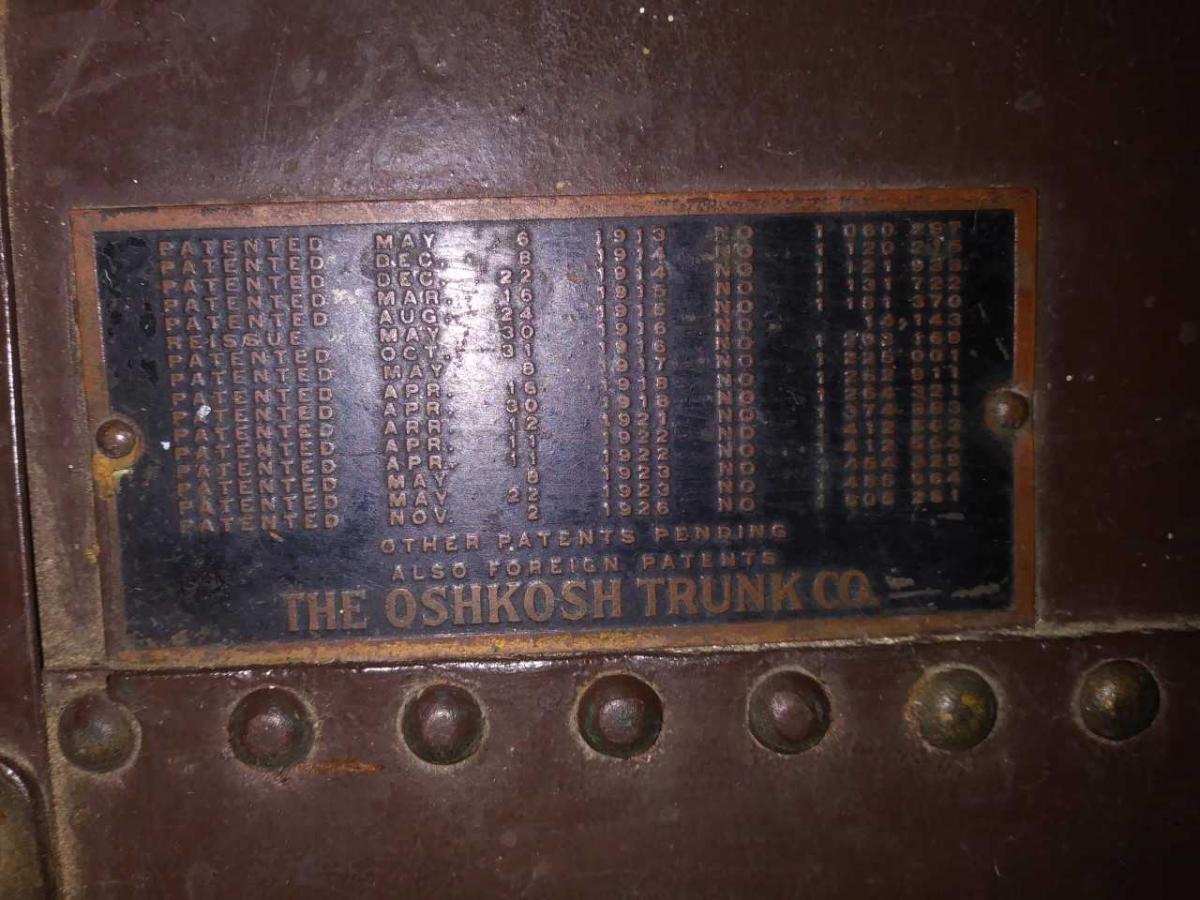 I was able to find an advertisement for Oshkosh Trunks from 1926 online.

I thought that this type of trunk was called a “steamer trunk,” but some research led me to find that the correct term for this kind of trunk is a “wardrobe trunk.”

Wardrobe trunks generally are stood on end to be opened and have drawers on one side and hangers for clothes on the other.  Some were fairly simple but others were quite elaborate with many drawers and compartments. Nearly all wardrobe trunks came complete with wooden clothes hangers and tie down straps inside. Many of the better wardrobe lines also included removable briefcases, privacy curtains, mirrors, make-up boxes, and just about anything else imaginable.

They ranged in size from the smaller compact models to huge trunks the size of phone booths or larger. Wardrobe trunks are normally very large and heavy as they were used for extended travel by ship or train.

I read online that more patents were issued for wardrobe trunks than any other trunk style. A search of Google Patents listed 28 patents from the Oshkosh Trunk Company from 1912 to 1949.

In 2014, the Oshkosh Trunk Company was relaunched by a company called Chief Trunk.  The name refers to the striped “Chief” line from the brand's heyday. The label’s intellectual property rights had expired, rendering its “Chief” stripe, among other signatures, as public domain. "Hail to the “Chief!"