It’s summer time!  Burgers on the grill, potato salad, corn on the cob, and Jell-O salad!  At least that’s the way it was in my family growing up in the 1960s!  Any summer occasion featured a beautiful lime Jell-O mold with cottage cheese, grated carrots and canned pineapple!

I was reminded of this culinary treat recently when I attended a lunch hosted by the “Ladies Auxiliary” of a Volunteer Fire Department, and discovered Jell-O salad similar to the one my mother made!

I checked Hagley’s online catalog to see if we had any trade catalogs of Jell-O recipes. In fact, I found that we had several of them! 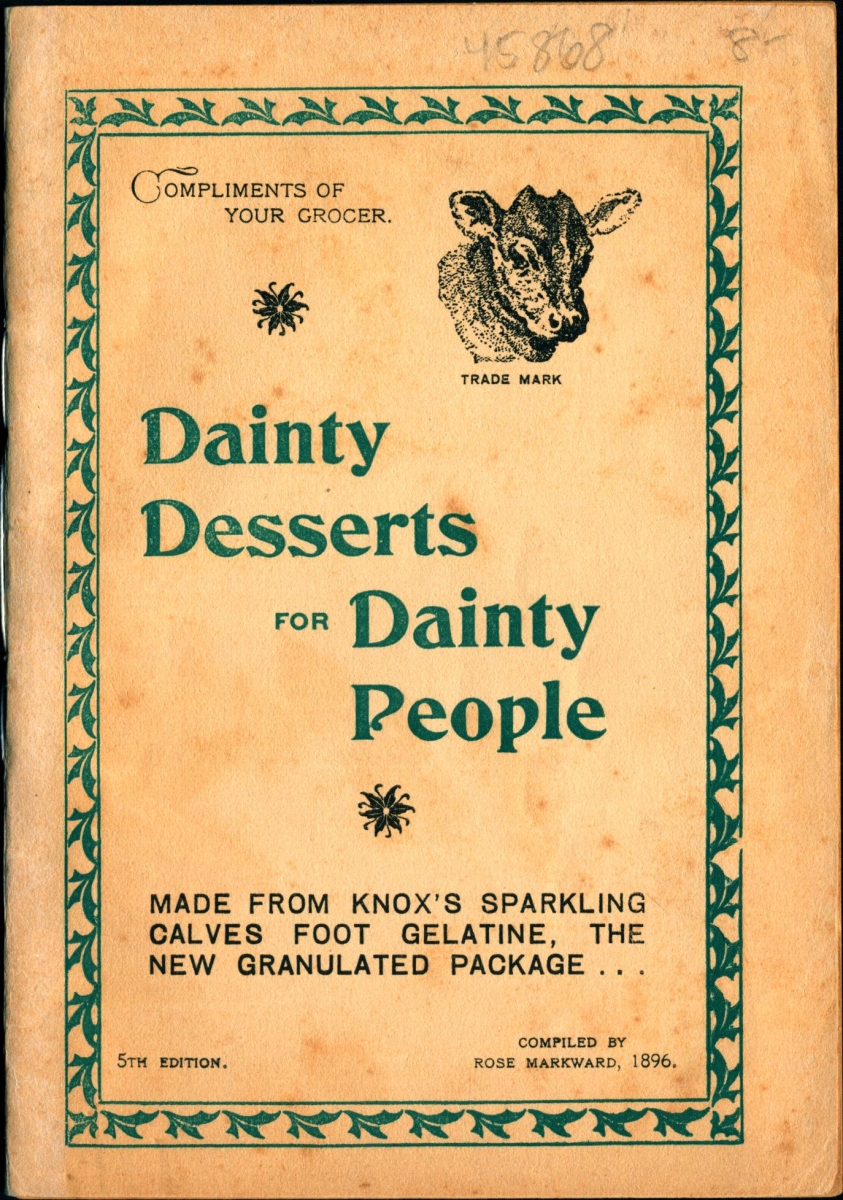 Gelatin consists of partially hydrolyzed collagen, a protein found in animal tissues such as bone and skin. Before gelatin became widely available as a commercial product, the most typical gelatin dessert was called "calf's foot jelly".

In 1894, Charles Knox developed the world's first pre-granulated gelatin. Knox packaged dried sheets of gelatin and then hired salesmen to travel door-to-door to show women how to add liquid to the sheets and use it to make aspics, molds, and desserts.

In 1895, Pearl B. Wait, a cough-syrup manufacturer, and his wife, experimented with adding fruit syrups to gelatin, and called the product Jell-O.

In 1899, Orator Francis Woodward, purchased the Jell-O name and the business for $450. By 1902, Woodward launched the advertising campaign, “America’s Most Favorite Dessert.” 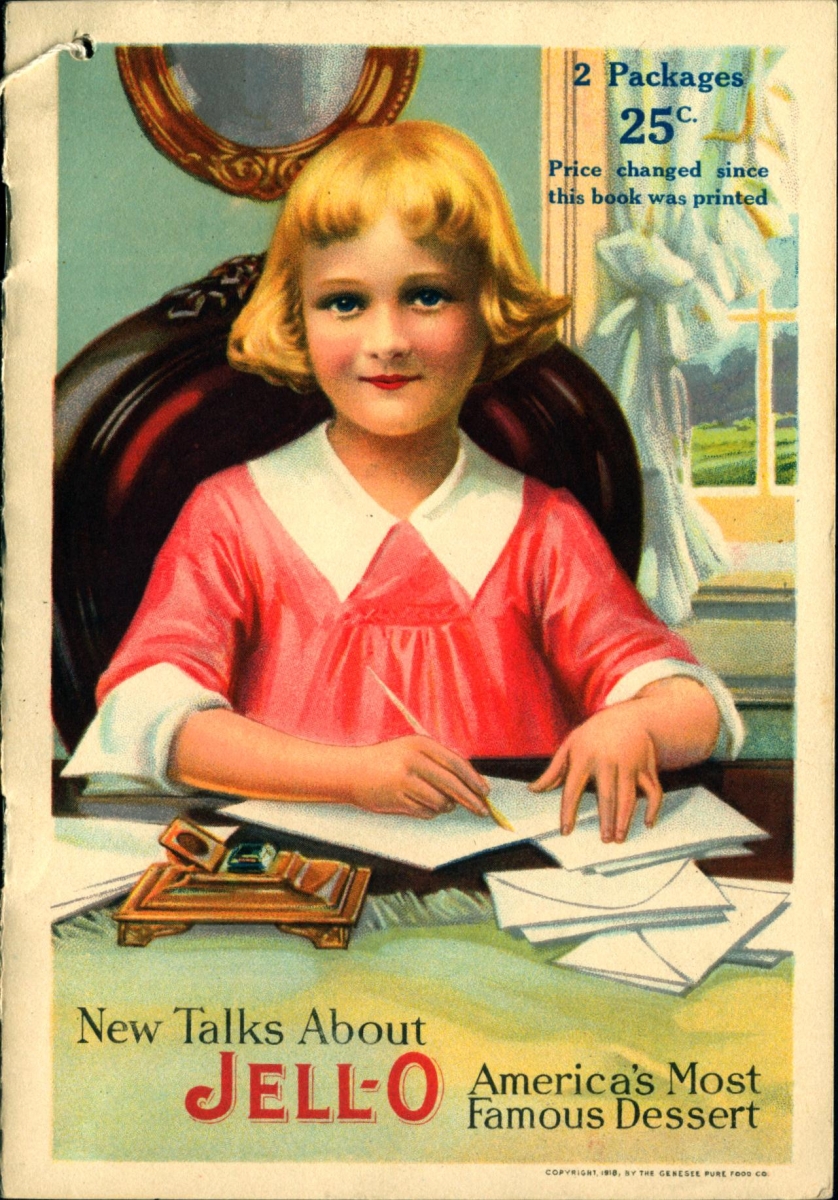 As billboards and magazines featured ads with that slogan, and booklets filled with Jell-O recipes were distributed around the country, Jell-O sales began to soar.

Jell-O salad (also called gelatin salad, jelly salad, congealed salad, or molded salad) is a food product made with flavored gelatin, fruit, and sometimes vegetables, such as shredded carrots, or even savory ingredients such as mayonnaise or shrimp!

If you love Jell-O, and you want some vintage inspiration for your summer picnics, click on the images to see the recipe booklets in Hagley’s collection. 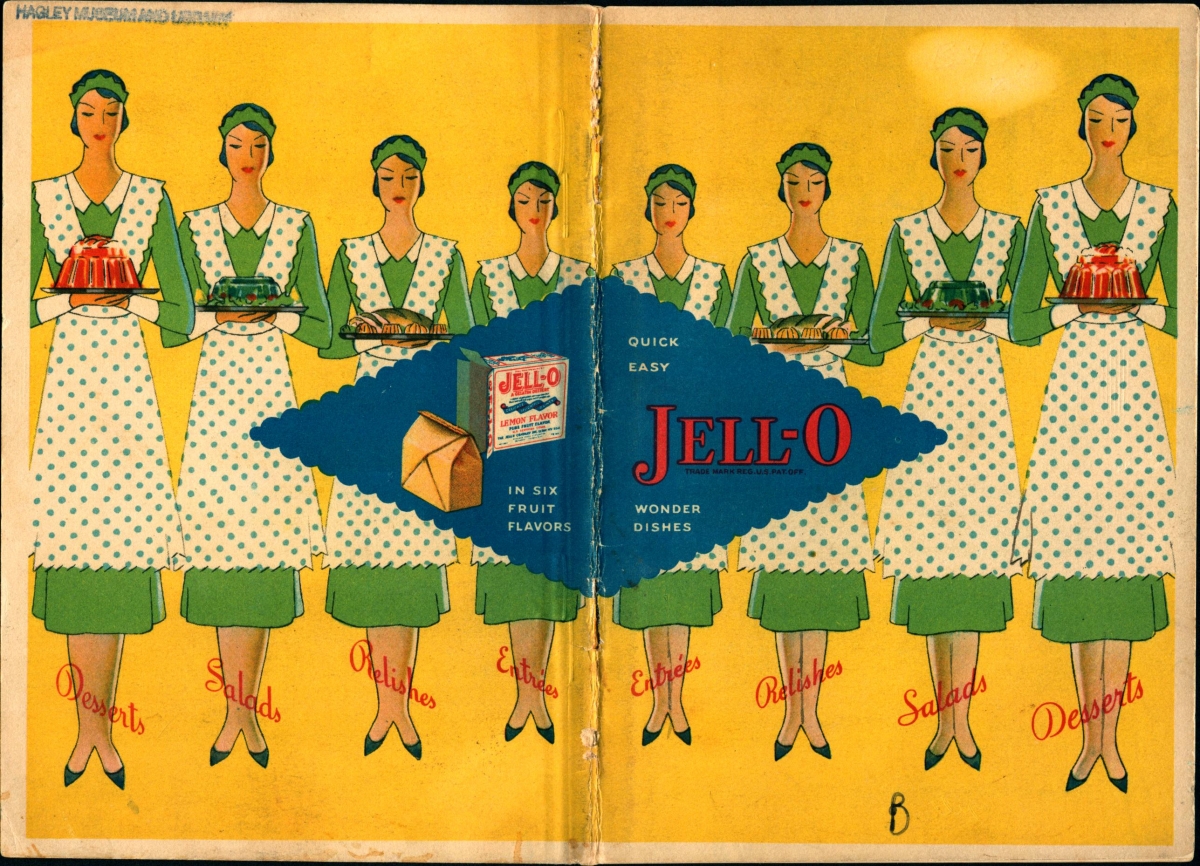