My research first brought me to the Hagley Library for their materials on early IBM and Remington Rand history. As I am working on a cultural history of punch cards, I was especially interested in Geoffrey D. Austrian’s research notes on Herman Hollerith—the inventor of the punch card tabulating machine in 1890—and any primary sources which illustrated the transition that punch cards (or perforated paper strips) make from tabulating machines to accounting machines to becoming the industry-standard method for programming commercial computers: photos, operating manuals, news clippings, etc. 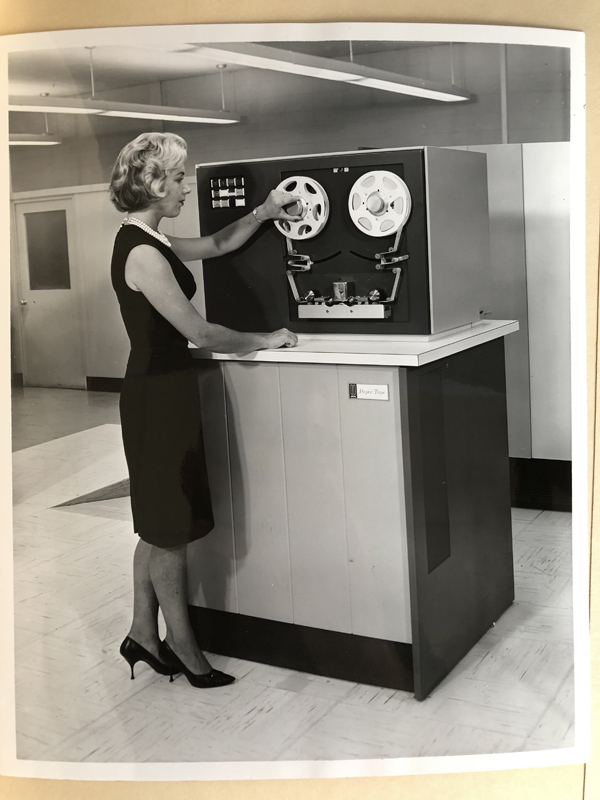 I did find what I originally came looking for. But some of the most memorable materials, stuff which I am currently revisiting for my next dissertation chapter, I found at the edges of my research: visual ephemera around punch cards and gender in the United States. For instance, Hagley has many showroom photographs of Rand products, as well as advertisements for similar punch card machines in trade magazines, in which women—dressed as secretaries—are pictured as the machines’ primary operators. In one issue of The Punched Card Annual (1954-55), one feature titled “Punched Cards Helped the Bride Choose Blue” even seems to emulate the kinds of articles you might find in women’s magazines from the period. 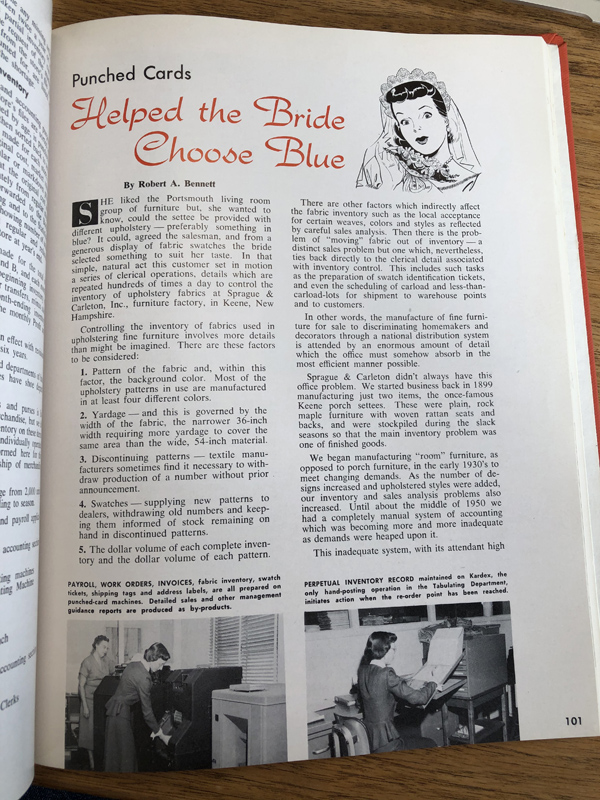 When I first browsed through these materials, I was drawn to how often women occupied the center of this history. It was especially interesting to think about these images alongside similar visual culture from a century before; among the Barton H. Jenks papers, for instance, there is an 1867 catalogue for Jenks’s Bridesburg Manufacturing Company that features, on one page, a woman standing beside an iron loom programmed by perforated paper. She is operating the machine by only toggling a switch, not unlike the women in the Rand-equipped offices turning knobs. These images delegate women to secretarial and even “magician’s assistant” roles. They grant these women technical knowhow while also constructing their contribution as that which is beneath the status of the weaver or engineer. Currently, I am thinking about how these images fit into a larger trend regarding labor, gender, and early machine programming. 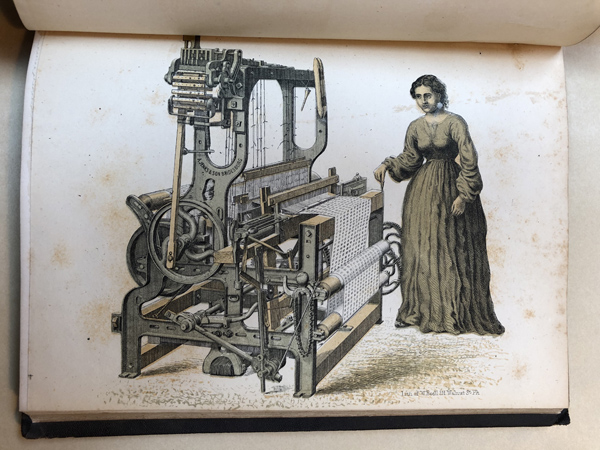 The centerpiece of my research at Hagley, however, was something I had been looking forward to seeing firsthand: an 1876 textile souvenir from William H. Horstmann & Sons, woven in silk on a Jacquard loom, which depicted a “View of Independence Hall.” The tableau likely required thousands of punched cards in order to program the loom. While there are earlier and more complex examples from nineteenth-century France, this is the earliest such vanity production I’ve found so far in the United States. It was a delight to be able to examine it up close—as it was to be working in such a serene and beautiful setting as the Hagley Library. Highly recommend a visit in Fall! 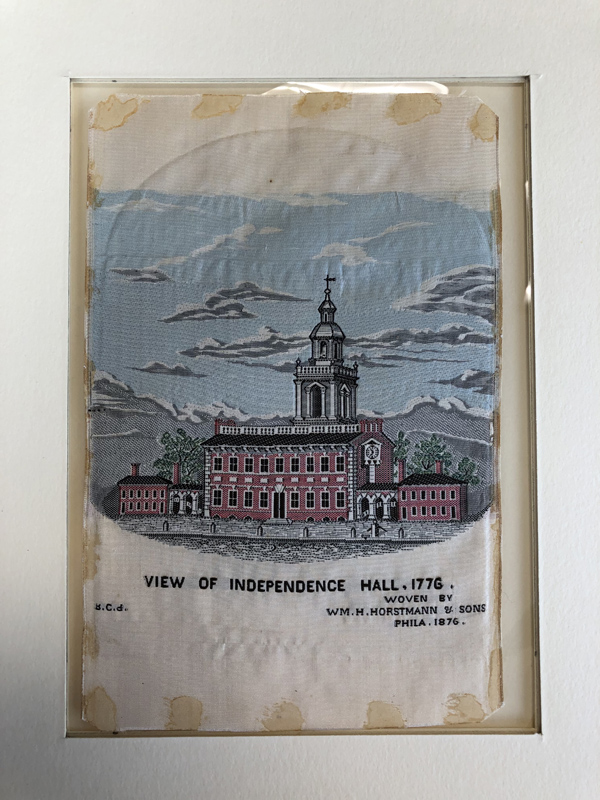 Zachary M. Mann is a PhD Candidate in English Literature at the University of Southern California, and a 2019-2020 recipient of a Hagley Museum & Library Exploratory Research Grant from the Center for the History of Business, Technology, & Society. You may contact Mann at zmann@usc.edu.