The Audiovisual Collections in the David Sarnoff Library

While many of our future posts are likely to focus on narrower topics, we want to take a step back and give you a larger view of the Sarnoff Project. Today, we’re going to take a look at the audiovisual portion of the project in its early stage of development.

The first task was to conduct an inventory of all of the films, videos, photographs, negatives, audio recordings, and other pictorial items. While some rough sorting had already been done, everything needed to be double checked and many poorly identified boxes needed to be examined. 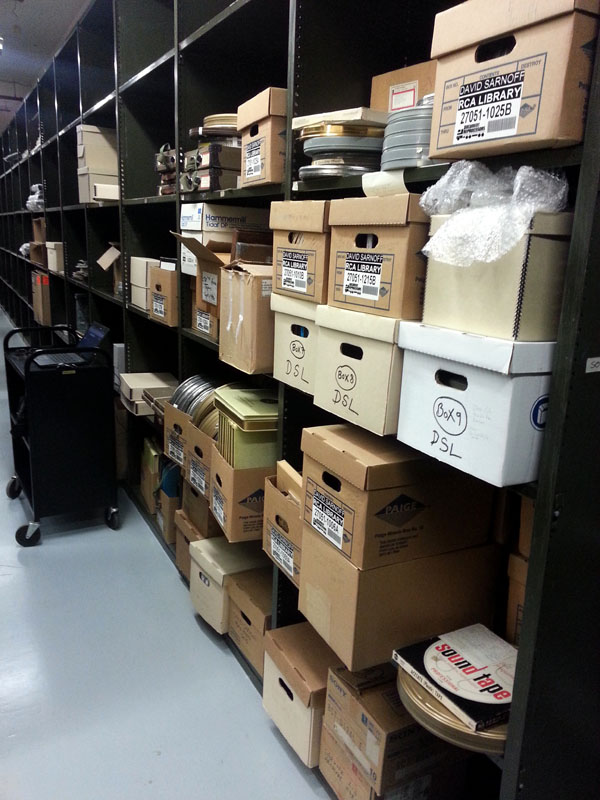 The Sarnoff collection contains nearly 200 individual reels of 16mm film, many of which were easily identified by the distinctive film cans in which they are stored. However, each film can needed to be opened and checked to confirm its contents and condition, which sometimes led to interesting surprises. Like the film can seen here: 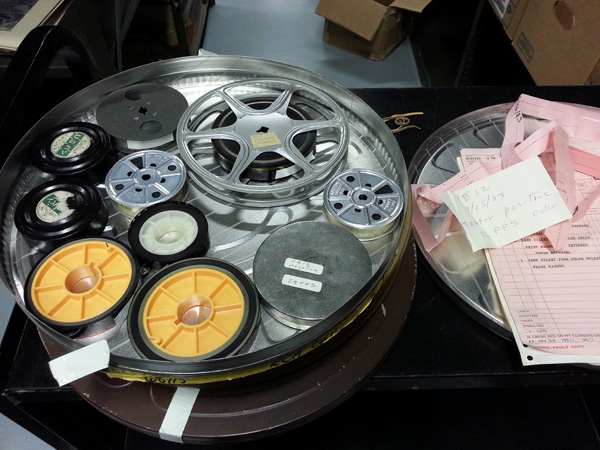 In addition to film, the Sarnoff Collection also contains a wide variety of video tape formats, including ¾” U-Matic, 1-inch, 2-inch Quad, Betacam, VHS, and Digital Betacam. All told, the film and video portion of the Sarnoff Collection represents over 300 distinct titles, from short clips to multiple reel films that run for three hours.

The Sarnoff Collection also contains thousands of photographic prints and negatives in a range of formats and sizes, reflecting the evolution of twentieth century photography. The majority of these are black and white prints, which in some cases are already well organized due to having come from sources such as the files of RCA’s News and Information Department. However, this is not always the case, particularly when the photographs are the personal memorabilia of a former RCA employee. For example, the Charles B. Jennings collection (see image below), which we will examine more closely in future blog posts, required extensive sorting before it could be arranged and described. 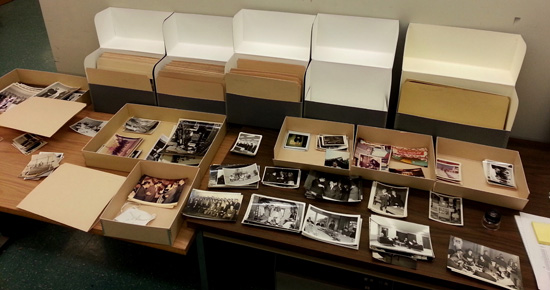 Overall, the films, audio recordings, and photographs, are a remarkable set of materials that document a wide range of people, places, and technologies that intersect with the history of the Radio Corporation of America. As you might guess, however, the bulk of the Sarnoff Project audiovisual materials documents the life and work of David Sarnoff (below), along with RCA’s historic achievements in developing and commercializing radio and television. 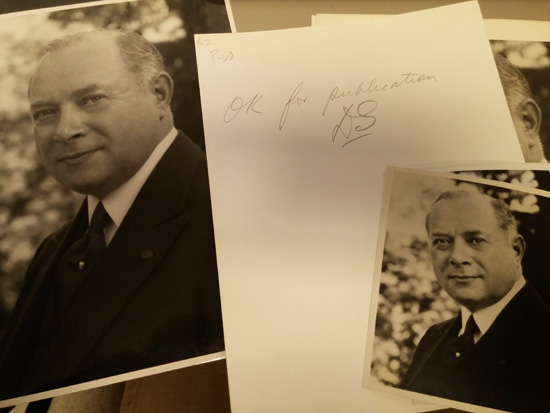 In future posts we’ll begin to look more closely at different aspects of the project and its collections. Stay tuned!