Reflections on a Summer of Archival Processing at the Hagley Library

The Waldorf Astoria glittered on the evening of December 1, 1944, as celebrities, businessmen, and longtime Radio Corporation of America (RCA) employees flowed into New York City’s most glamorous hotel for a night of celebration. For the wintry evening was the 25th anniversary of RCA’s founding, and the anxious throngs gathered to celebrate the momentous accomplishments of that distinctively American business. The famous David Sarnoff, RCA’s president, sat at the head table, surrounded by other dignitaries and hundreds of invited guests. After a dinner of oxtail soup, guinea hen, autumn salad, and petit fours, the company’s "charter employees" received honors and the NBC Symphony performed under the direction of the legendary Arturo Toscanini. The evening was a resounding affirmation of RCA’s—and the United States’—prospects as the end of World War II neared. Capitalism would reign supreme over the new world order, and technology was its handmaiden. The United States and its corporate flagships, including RCA, stood at the pinnacle of innovation and influence. Though the crowds gathered after the December sun had begun to set over New York City’s skyline, they were already poised at the dawn of a new “American Century.” 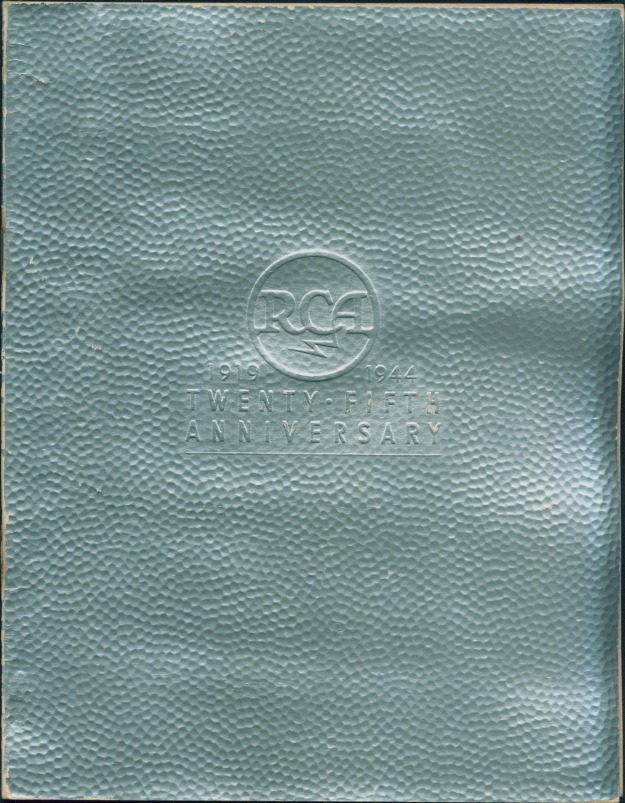 Cover of the program for RCA’s 25th anniversary celebration, December 1, 1944. 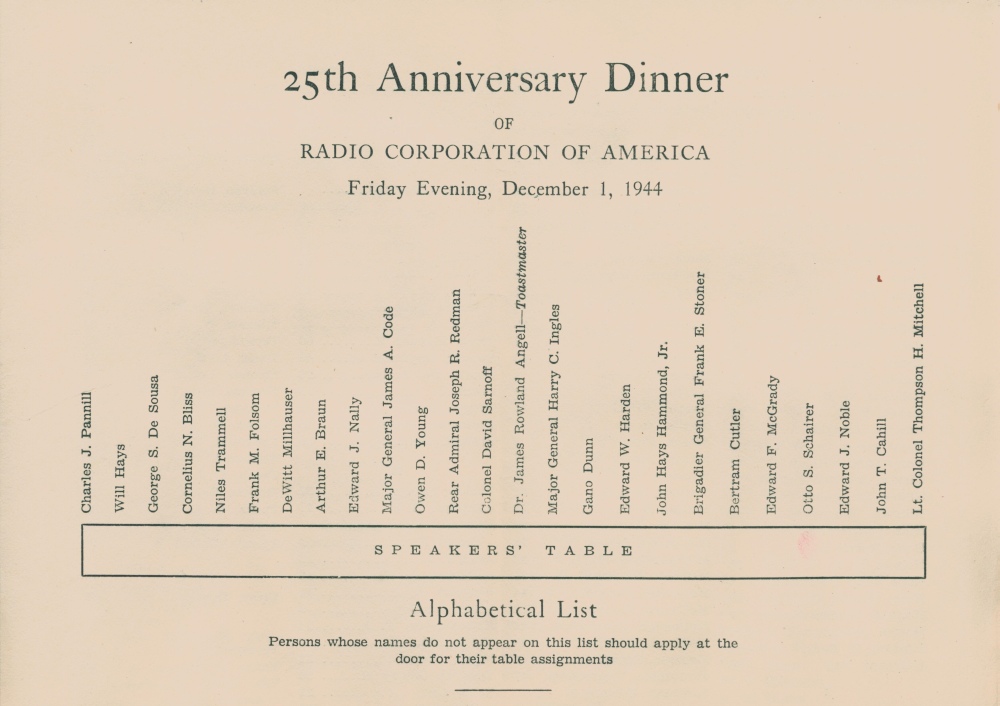 Spending a summer processing archival materials relating to RCA and its successors is like taking a trip through the glory days of the American Century, a term used to characterize the United States’ economic clout, cultural dominance, and superpower status beginning with the Allied victory in the Second World War. If and when the American Century has ended is a much-debated question. But as an intern in the Manuscripts and Archives Department of the Hagley Library, I became intimately familiar with the excitement and anxiety surrounding the changing fortunes of American technology and industry during the years between RCA’s 25th anniversary in 1944 and the turn of the 21st century. Most of the documents I processed over the summer related to RCA’s Lancaster, Pennsylvania plant, where the color television was perfected in 1954. While RCA dominated the nation’s television business for several decades after that historic year, stiff competition from international firms enervated the profitability of RCA’s consumer electronics division. Paris-headquartered Thomson Consumer Electronics acquired RCA’s consumer electronics business, including the Lancaster facility, in 1987. The new company produced more than 16 million color television tubes annually but closed its doors in 2005. The papers I processed reflect these sweeping changes on a more human scale and helped me appreciate the impact of America’s industrial decline on the every-day lives of corporate employees. As my internship draws to a close, I would like to share a few of my favorite summer finds that highlight the individual’s place in American business history.

The RCA/Thomson Lancaster Collection is full of images and documents that record and celebrate the contributions of employees to the firm’s technological innovation. This 1948 publication highlights how RCA workers—both men and women—created tubes for television, reflecting the vitality and prospective growth of the still-young company. 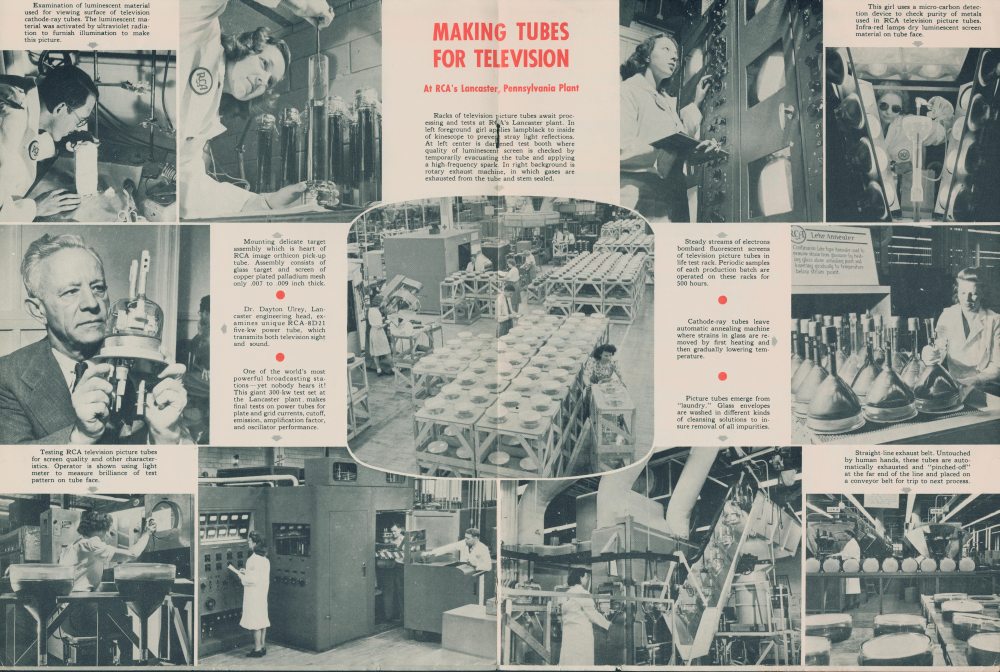 Some of the documents chronicle happy times of prosperity and expansion at RCA’s Lancaster facility. One folder describing details of an $8 million expansion in 1964 includes a press release full of praise from the Pennsylvania governor’s office as well as artfully composed photos of the tube production process. 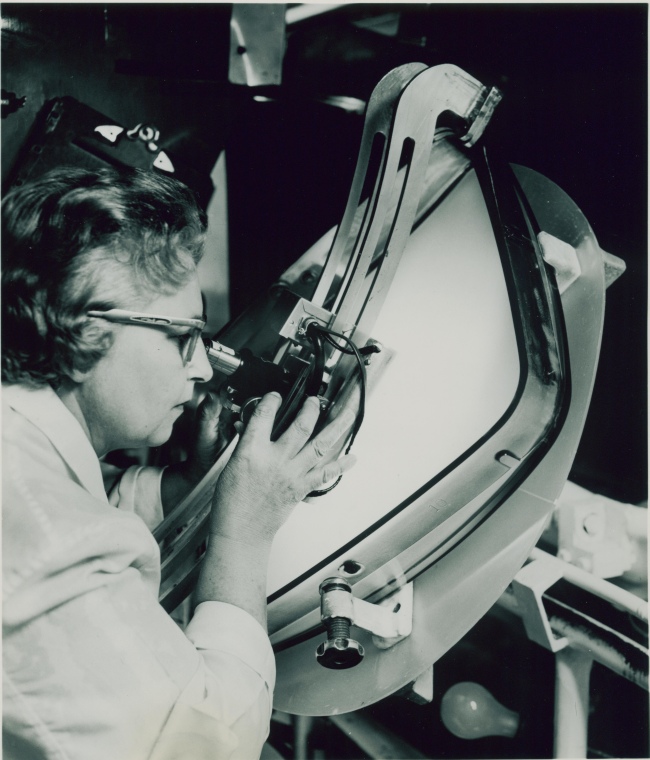 One of my favorite documents I encountered during the summer is a poem—not by Byron or Keats, but rather Ellie Adams, an employee of the Lancaster plant. Adams’ emotions were so moved by the demise of a well-loved power tube generator nicknamed “Leo” that he wrote a verse in memory of the machine. “I cried at the news of Leo’s passing,” commented one of the poem’s recipients. 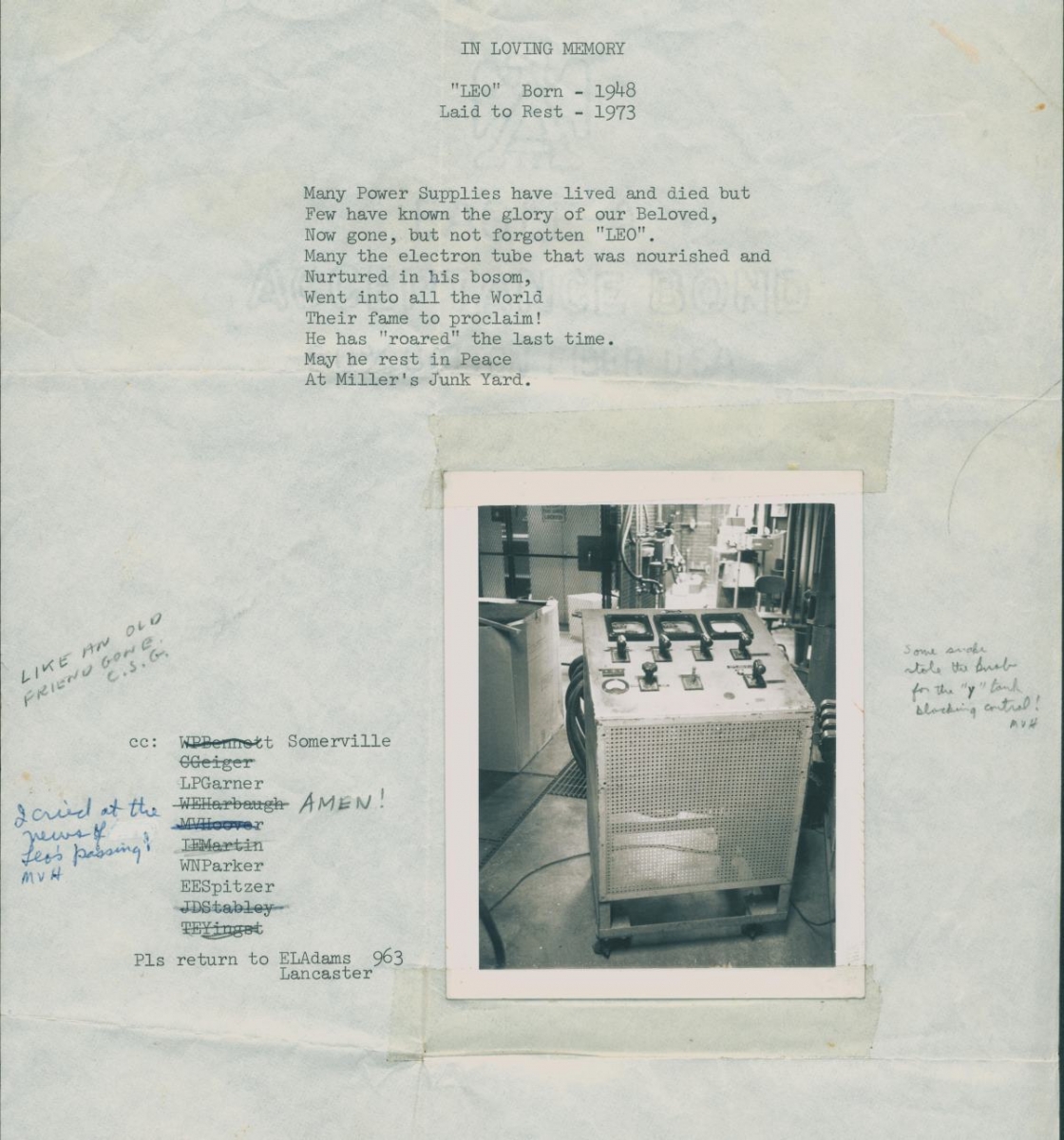 This poem was not Adams’ only contribution to the RCA historical record. Well aware of the company’s place in history when he donated his papers to the David Sarnoff Library, Adams made a note on the inside cover of a pamphlet titled Simplified Methods for Computing Performance of Transmitting Tubes:

I am deeply grateful to have spent a summer exploring these and many other fascinating artifacts of American business history as a collections processing intern at the Hagley Library. During the last three months, I have expanded my archival skills and learned valuable lessons from the many kind and talented professionals with whom I work in the Soda House. Equally important, I have acquired a deeper appreciation for the contributions made by RCA scientists, engineers, and other employees to the prosperity of the American Century.

Alexander Lawrence Ames is the summer 2015 David Sarnoff Library collection processing intern in the Manuscripts and Archives Department of the Hagley Library. He holds an M.A. in public history from St. Cloud State University and an M.A. in American material culture from the Winterthur Program in American Material Culture at the University of Delaware. He is currently pursuing a Ph.D. in history of American civilization and museum studies at the University of Delaware.