Self-driving car has roots at RCA

Have you noticed any of the stories lately about self-driving cars? Google has made headlines with their autonomous vehicles and many major automobile manufacturers have recently demonstrated working prototypes. If you have gone for a ride in a newer car lately, there’s a good chance you have experienced a car that can keep pace with traffic, automatically speeding up or applying the brakes as needed, or if necessary, help you avoid an accident. While you might think that the technology behind this is just another example of life in the 21st century, its origins can actually be found in the early 1970s. 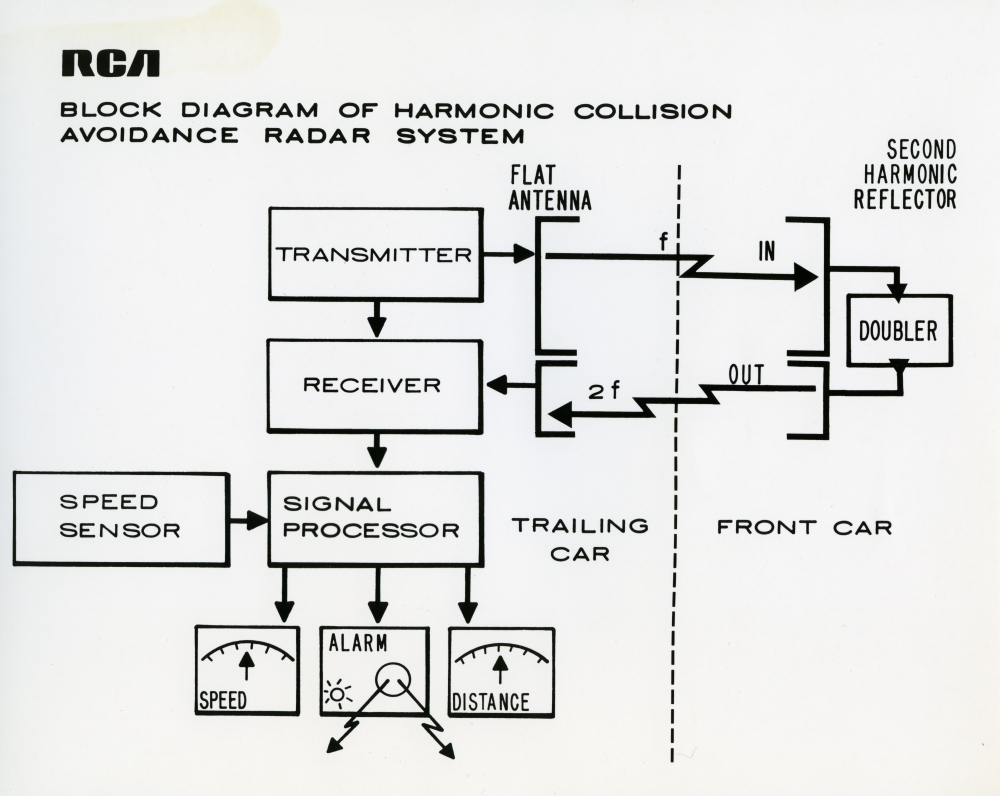 As early as 1972, RCA demonstrated an “experimental auto radar that tracks cars and sounds warning to prevent highway rear-end collisions.” Leveraging RCA expertise in radar, antennae, and integrated circuits, the system would disengage the throttle and apply the brakes if a car was in imminent danger of rear ending another. In order for the RCA system to work, a specially designed, passive radar reflector mounted on the rear bumper of the car in front of you was required. 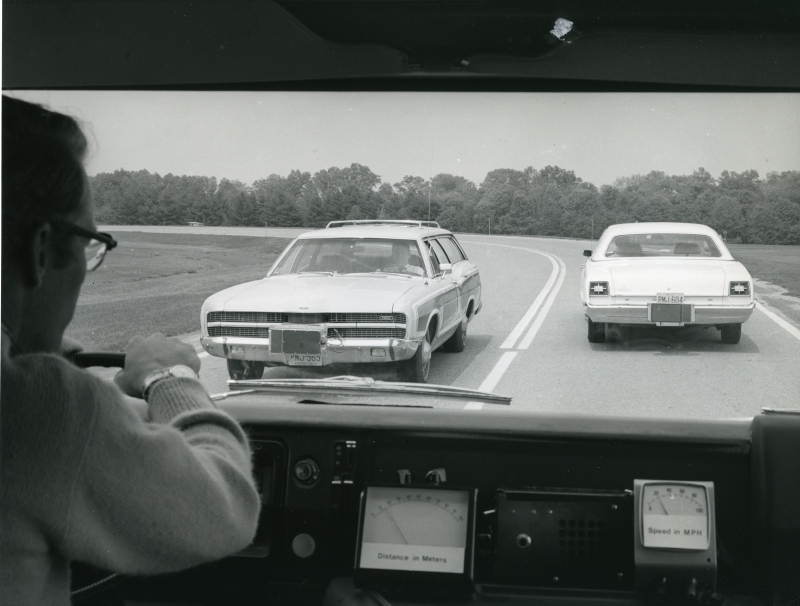 By 1978, the need for cars to be equipped with a rear facing radar reflector was eliminated through improvements to the radar and computers that monitored the road. However, while RCA was optimistic that a commercialized system could be practical, automobile manufacturers remained unconvinced. One problem was preventing “false alarms” that could cause the car to react to avoid a collision when the radar was merely detecting an overpass or other common road feature. With the main point of such a system being to increase highway safety, the possibility that the car could brake at inappropriate times or not allow a skilled driver to take other action to avoid a collision, was itself a legitimate safety concern. 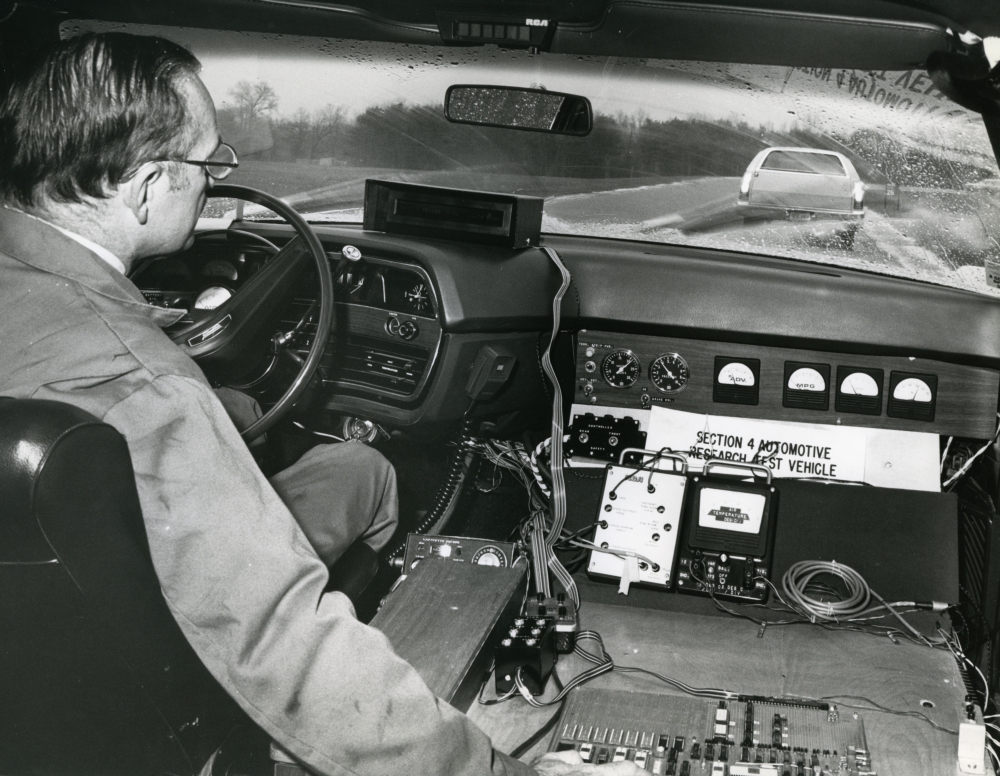 In 1980, RCA was a partner in the “Research Safety Vehicle” (RSV) project funded by the National Highway Traffic Safety Administration. The lead design company for the project, Minicars, Inc., was tasked with developing the safest car ever designed and RCA’s automobile radar was one of the features of their advanced design. RCA worked hard to refine the radar to reduce the likelihood of false alarms and also incorporated the radar into the RSV’s cruise control, allowing the car to automatically keep pace with the flow of traffic without driver intervention. Unfortunately, despite many other innovative features of the RSV, the project was short lived and American car companies remained skeptical about using radar in their automobiles. 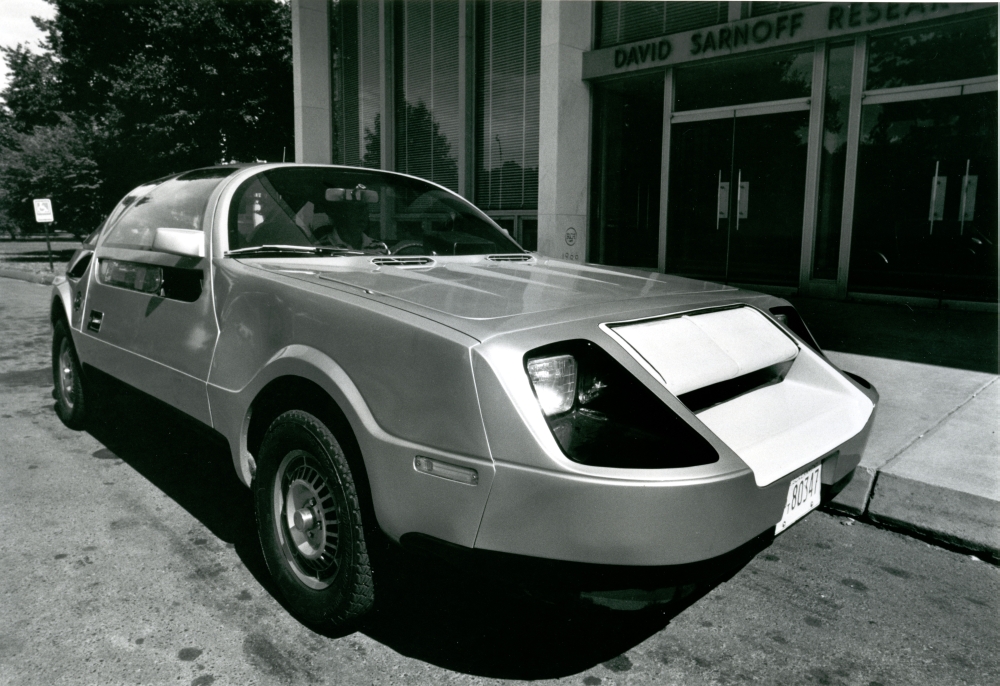 RSV prototype parked in front of the David Sarnoff Research Center. The radar is mounted between the headlights, where most cars would have a grill.