On the evening of December 11, 1985, employees of RCA Laboratories who turned on the news heard that GE was acquiring RCA for $6.3 billion.  This unexpected announcement rocked the staff at the David Sarnoff Research Center (DSRC), who were well aware that GE already had a central research facility that overlapped in many areas.

Coming at the height of the 1980s merger mania, the deal brought RCA and the DSRC under the control of GE Chairman Jack Welch.  Nicknamed “Neutron Jack” for his tendency to fire employees, but keep buildings, Welch had already indicated that he wanted to withdraw GE from the consumer electronics business, RCA’s specialty (and did so with its sale to Thomson in July 1987).

For fourteen agonizing months, DSRC staff had no solid information about their fate. 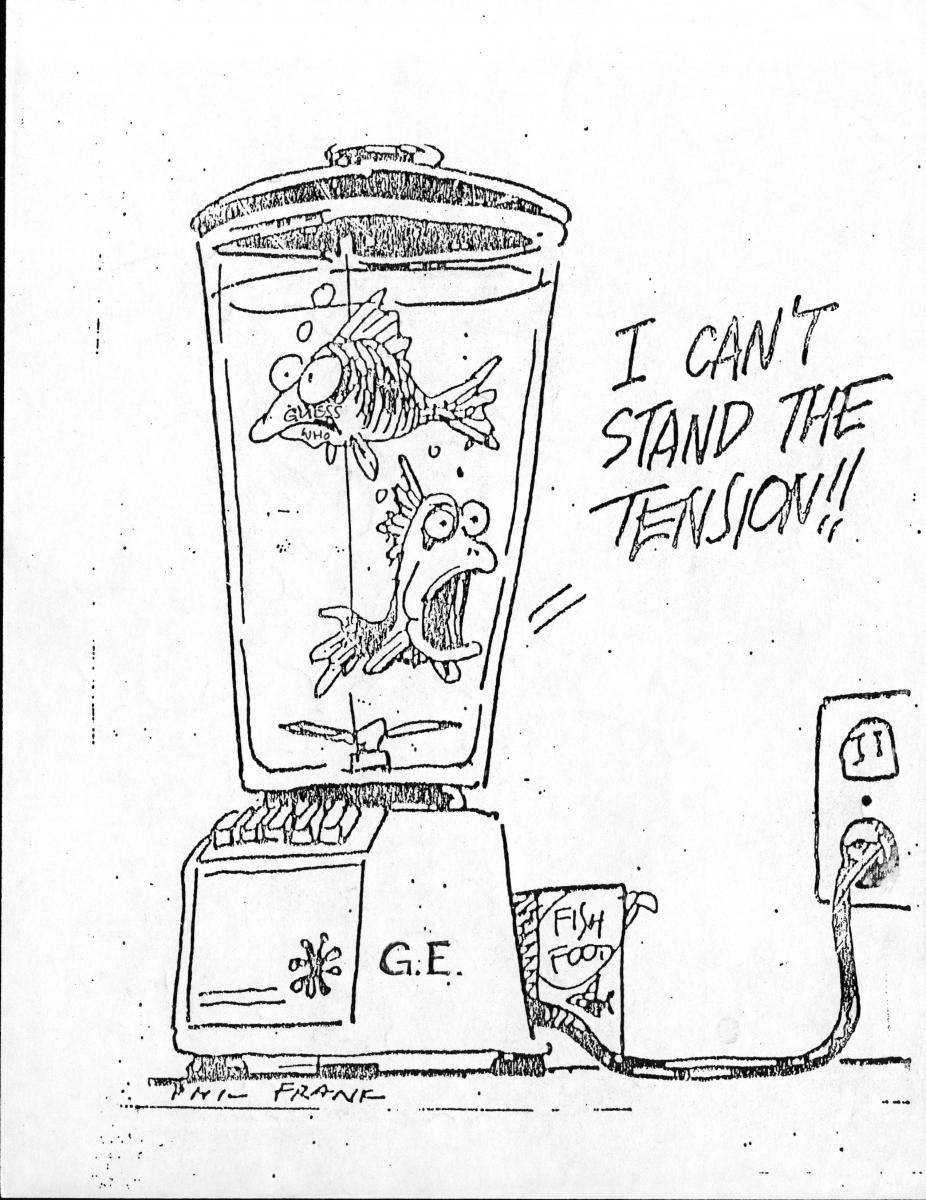 Until the GE/RCA merger was completed on June 9, 1986, even RCA Labs Vice-President James J. Tietjen was in the dark on the future of the DSRC.  Initial planning on merging research and development activities had begun in April, but mostly concerned the product divisions.

In the summer or fall of 1986, Tietjen approached GE’s management with the idea of transforming the DSRC into a contract research laboratory and donating it to a non-profit research organization.  The plan appealed to Welch for public relations reasons, since shutting down the DSRC would be very unpopular, especially with the federal government.  In addition, a donation would allow GE to claim a substantial tax write-off.  After first approaching the Battelle Memorial Institute, GE began talks with SRI International in December.

While this was going on behind the scenes, the DSRC was rife with rumors.  Occasional memos from Tietjen to the staff could only offer platitudes and vague assurances of support.  As 1986 drew to a close and integration plans for more and more GE/RCA units were announced, the lack of news about DSRC must have been maddening.

Finally, on the morning of February 5, 1987, employees were informed that later in the day GE would announce the donation of the DSRC to SRI where it would become a wholly owned for-profit subsidiary.

A major milestone had been reached and the labs had been saved.

Yet the uncertainty was by no means over.  As part of the agreement, the DSRC had to eliminate 375 of the roughly 1,250 employees on its payroll.  Although most of the reduction was achieved through a voluntary layoff program, 90 employees were laid off involuntarily and notified in early March.  At the end of the month, the DSRC became part of SRI International.

Some insight into the hardships facing employees can be found in the testimony of Eugene McDermott before the House Economic Stabilization Committee in May 1987.  Forced into retirement after twenty-one years as a DSRC technician, McDermott said that during the two mergers:

…”there was little communication from management.  What little information was available to employees came from press reports.  It was frustrating to hear of events which affect one’s livelihood only from the media.”  The former RCA technician added that the psychological impact of not knowing what is going to happen tomorrow is not conducive to either creative thinking or quality performance in the workplace.  (Electronic News, May 18, 1987)

Although GE guaranteed $250 million in research contracts for the first five years, they also retained rights and royalties to all DSRC intellectual property.  Starting almost from scratch, the DSRC also had to transition from an organization that rarely spent more than a quarter of its efforts on contract research, to one that depended entirely on such work.

The stress of the first year of operations is well illustrated by the following.  To celebrate its first anniversary, DSRC management issued a newsletter titled The Sarnoff Times: 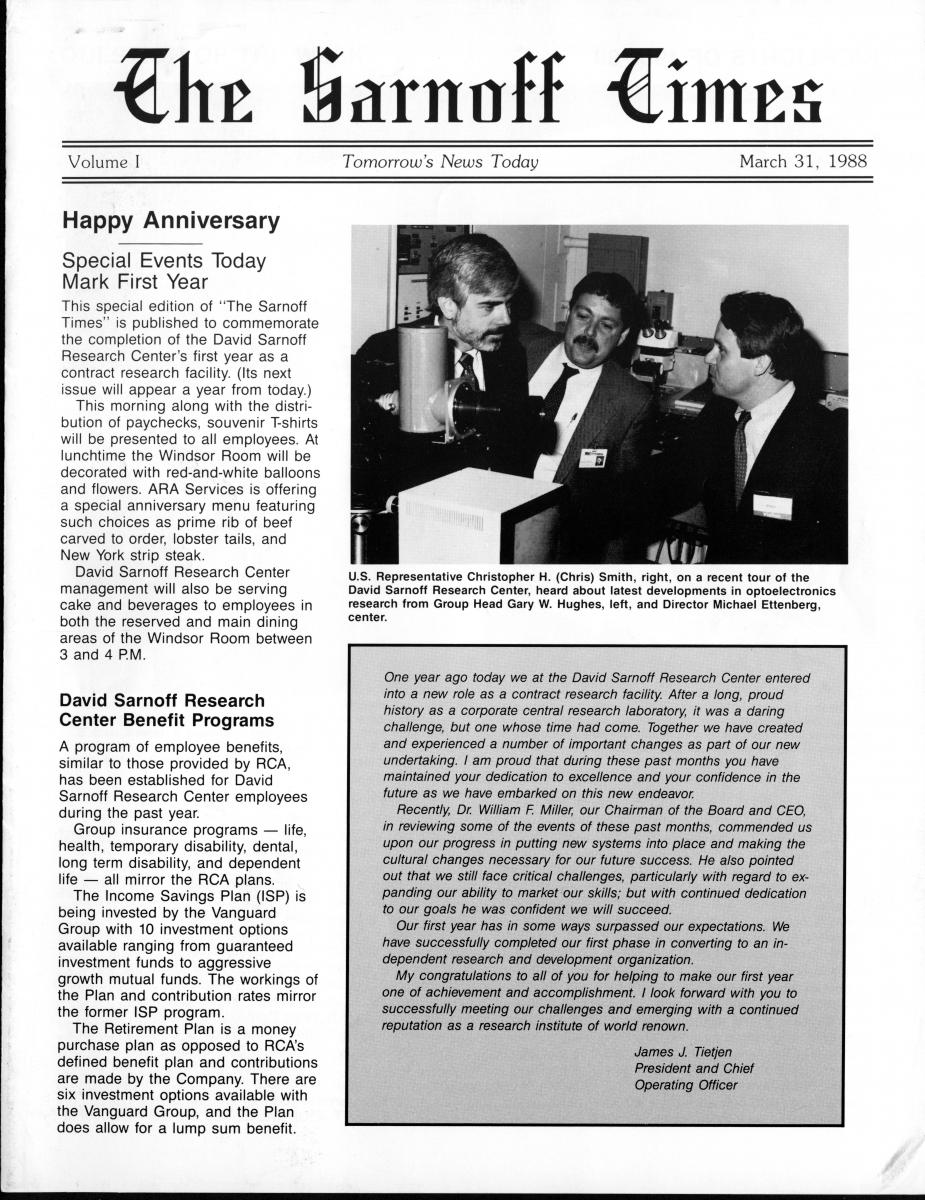 The next day saw this response: 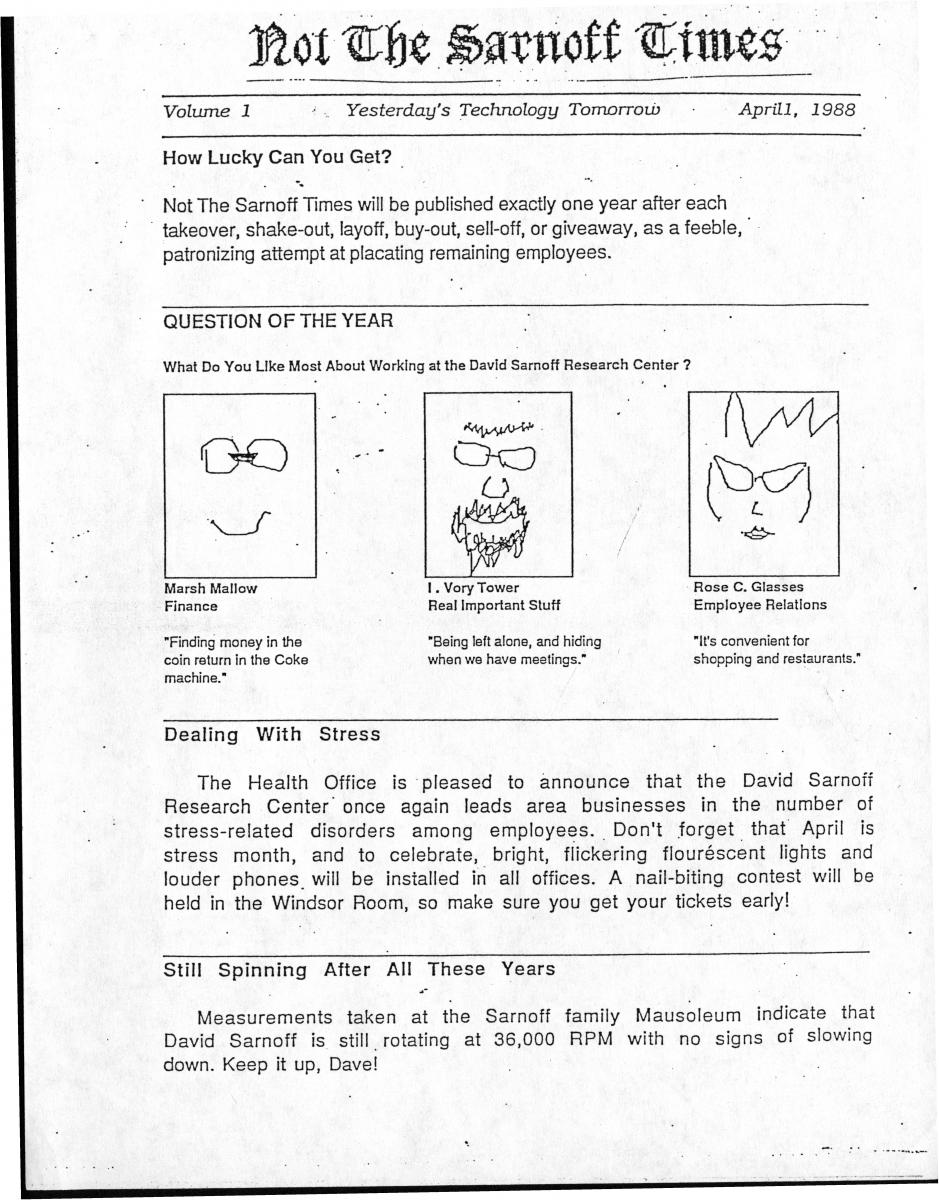 I think the image speaks for itself.

Transitions, especially accompanied by extended periods of uncertainty, are always stressful.  It’s a testament to the abilities of DSRC staff that the labs successfully overcame the trauma of 1985-1988 and continue to produce highly valued research to this day.