Electron microscopy offered engineers a valuable quality control tool for assessing products and revealing manufacturing defects. But with a bit of imagination and whimsical captions, the photographs also had public relations applications. 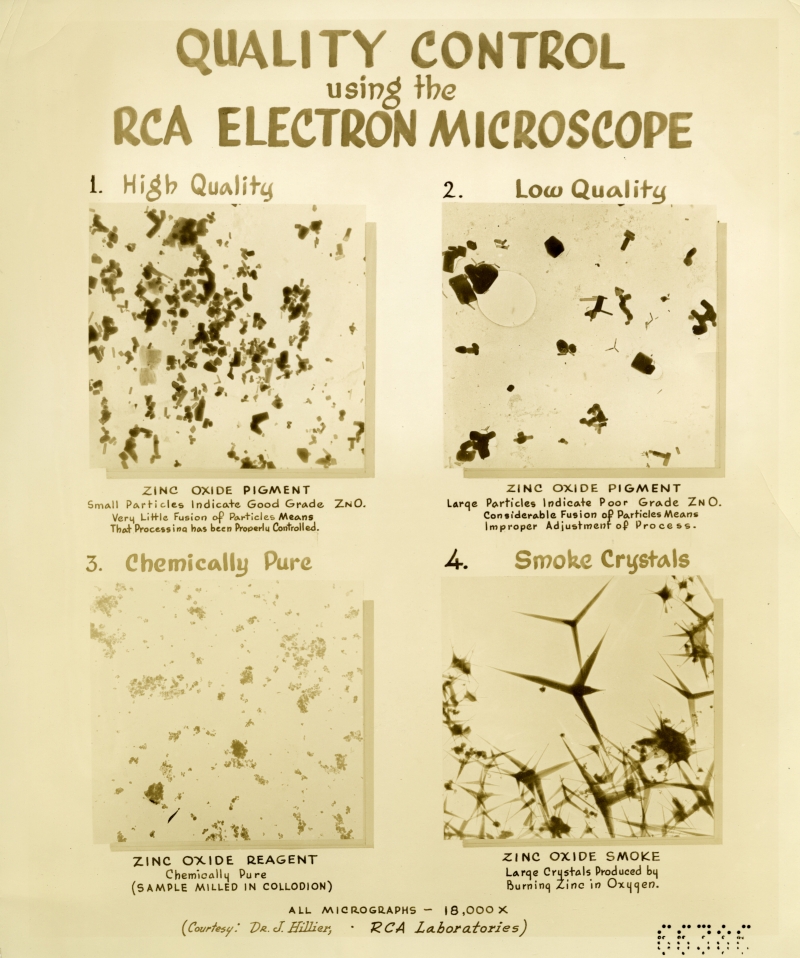 In 1974, General Electric magnified a tungsten electrode 2,500 times. The resulting picture (“Is it a golf tee?”) was brought to RCA’s attention by the public relations firm Carl Byoir & Associates, along with the suggestion that RCA might produce a similar image. Engineers at the Lancaster, Pennsylvania plant were asked to review photomicrographs to find those “which when magnified would resemble a totally unrelated object in the macroscopic world.” In the beginning of 1975, a fracture in the glass funnel of a color picture tube provided such an image. Properly cropped and oriented, the vaguely saucer-shaped defect was given the caption “UFO invasion?” and released to the media. 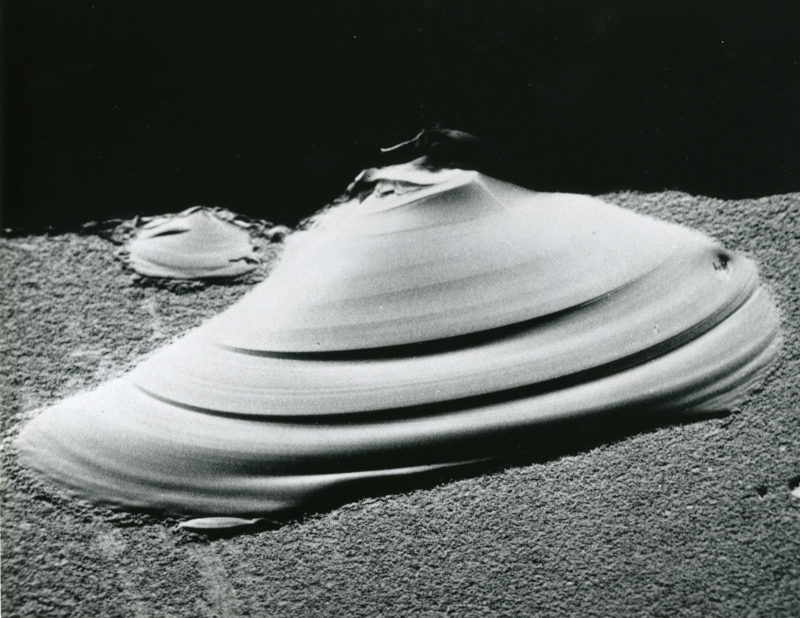 The public relations value of the UFO photograph was touted in internal correspondence. By April of 1975, it had appeared in 93 newspapers, with a total circulation of over 1 million readers, “all potential customers for RCA’s products and services.” Within days, another eleven photos and potential captions were assembled, including pizza in an oven, polar bears swimming in a pool, and the “creature that ate New York.” Some of the image and caption pairings were less than compelling. As had been noted from the beginning of the process, sometimes electron microscope pictures simply looked like electron microscope pictures. 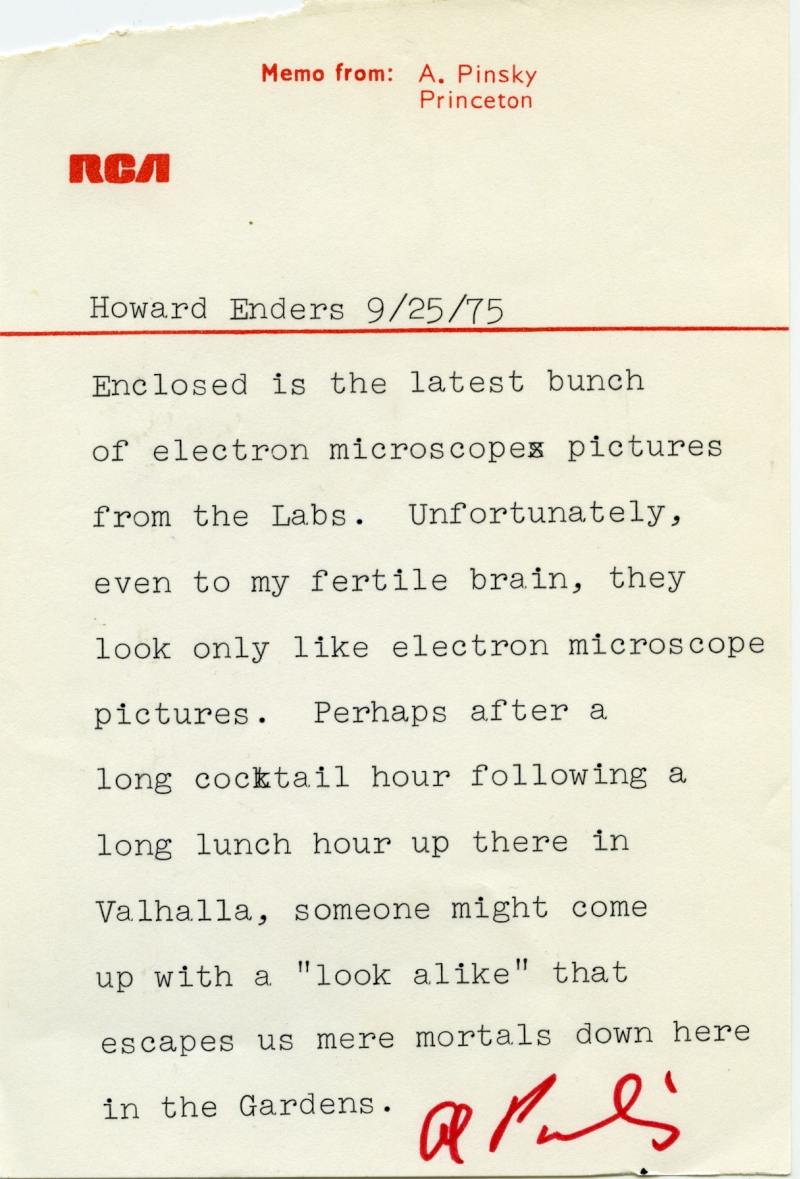 In June, the “floating teddy bear” was released. This image depicted, 4,000 times magnified, one of the phosphor particles used to produce pictures on the face of the color tubes. The UFO image allowed RCA to highlight a commitment to quality control and the elimination of errors. The teddy bear image provided an opportunity to talk about “brilliant high-quality color pictures” and reference the 2.5 billion teddy bears necessary to their production. 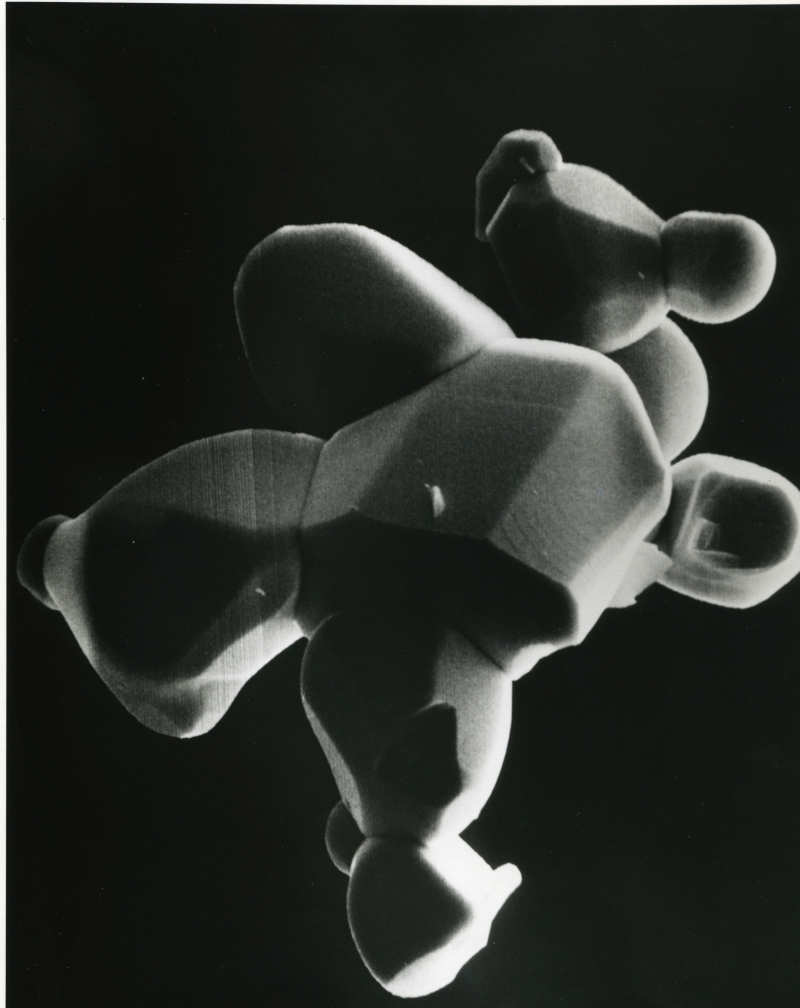 The dual uses of the images neatly illustrate the multiple corporate goals of RCA. Technological advances in microscopy and improved production were important, but researchers and engineers did not work in isolation. RCA manufactured consumer products, and had a strong business incentive to manage the corporate brand and communicate with customers. When competing for attention in fragmented media markets, a little whimsy went a long way.

Megan Miller was the summer 2015 David Sarnoff Library collection processing intern in the Audiovisual Collection and Digital Initiatives Department of the Hagley Library.