As soon as the back-to-school specials were cleared off the store shelves, big bags of candy, and spooky decorations filled their place.  The leaves are falling, the temperature is dropping, and people are starting to think about how they will celebrate Halloween.

Virtually all present-day Halloween traditions can be traced to an ancient pre-Christian Celtic festival of the dead, known as Samhain (pronounced sow-win.)  During this harvest time celebration, the Celts believed that the ghosts of the dead were able to mingle with the living, and they were appeased with offerings of food and drink.

All Souls' Day on November 2 served as a time for the living to pray for the souls of the dead. All Souls’ Day was celebrated similarly to Samhain, with big bonfires, parades and dressing up in costumes as saints, angels and devils.

The practice of wearing costumes while traveling from door to door demanding treats can also be traced to the early Celts. The tradition of “mumming,” going from house to house in costume, performing parts of plays in exchange for food or drink, has been practiced in parts of Britain and Ireland since the middle ages.

There was also a Scottish custom of children wearing costumes going from house to house for food or money, called "guising," which was a precursor to our Halloween.

“Guising” was first recorded in North America in 1911 in Ontario, Canada, but it didn’t gain popularity in the United States until the 1930s.

Of the thousands of Halloween postcards produced between the start of the 20th century and the 1920s, many show children, but do not depict trick-or-treating. 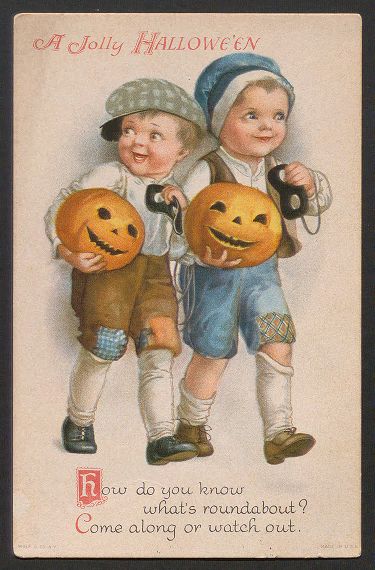 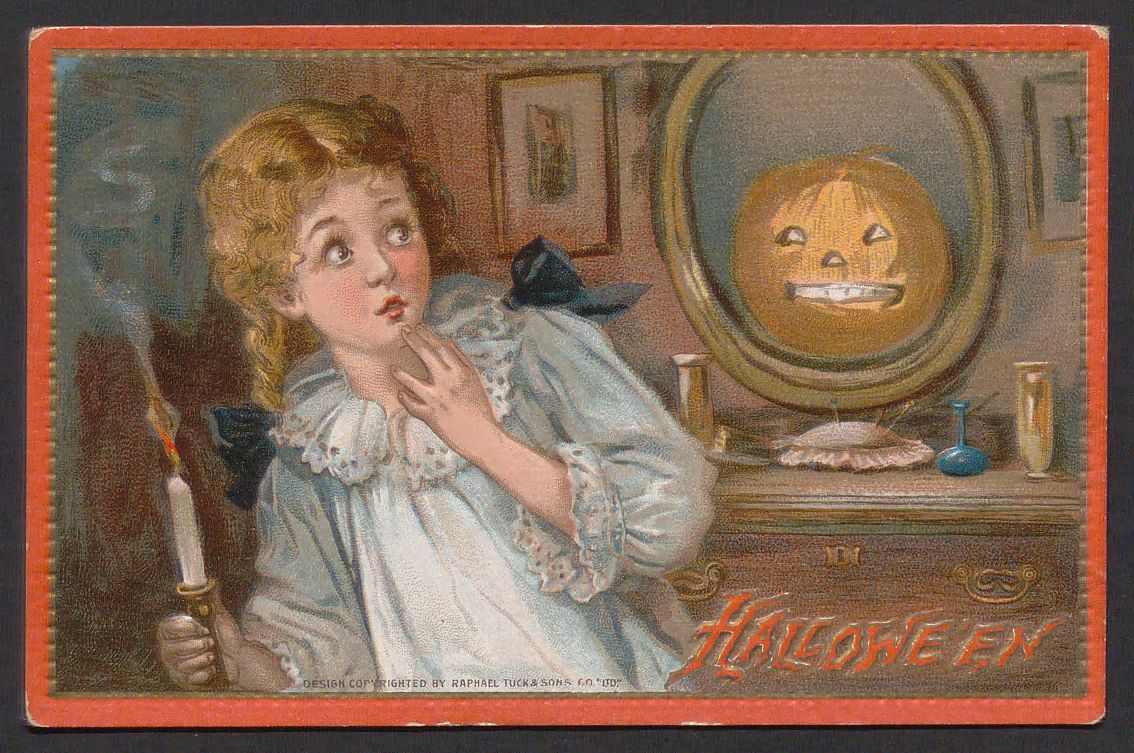 At the turn of the century, Halloween parties for both children and adults became the most common way to celebrate the day. Parties focused on games, foods of the season and festive costumes.

In 1919, Ruth Edna Kelly wrote the first book-length history of the holiday called The Book of Halloween. Halloween parties in the early 19th century were very popular and featured practices related to the ancient Scottish celebration, such as bobbing for apples and carving vegetables, as well as serving fruits, nuts, and spiced cider.

From 1909 through the 1930s, the Dennison Manufacturing Company published Halloween-themed craft and party idea books called Bogie Books.  The Bogie Books showed the reader how to throw a successful Halloween party for adults. They included menus, ideas for games and many, many suggestions for decorations and costumes.

By the 1920s and 1930s, Halloween had become a secular but community-centered holiday, with parades and Halloween parties for entertainment. Many of us are accustomed to buying our own Halloween costume every year, but up until the late 1940s, most holiday costumes were handmade.

As trick-or-treating became popular, companies like A.S. Fishbach and Ben Cooper began mass-producing Halloween costumes. Previous decades saw children dressing as supernatural creatures like witches, ghosts, and goblins, but costumes based on professions and characters in mass media became the norm. (Mickey Mouse, who made his official debut in the 1928 animated short Steamboat Willie, became a popular character costume in the 1930s.) Beginning in the 1940s, manufacturers began selling costumes through retailers such as Sears, JC Penney, Woolworths, and local five-and-dimes.

So, whether you celebrate a harvest festival, or a commercial celebration of candy, decorations and pumpkins, enjoy the best that this season has to offer!

Linda Gross is the Reference Librarian in Published Collections at Hagley Museum and Library.​