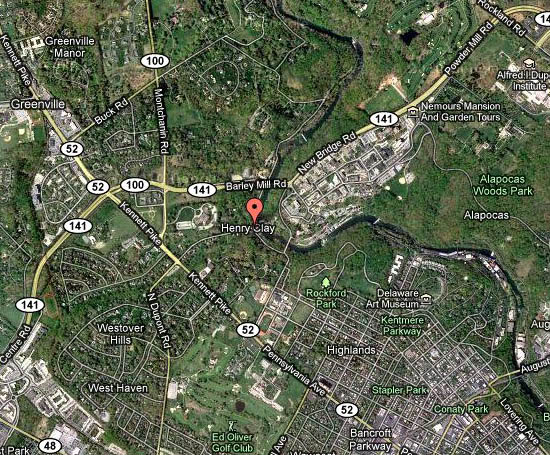 Summary: John Carter rented Louis McLane & George Milligan's mill site on the Brandywine after Thomas Little & Co. vacated the property in 1816. In 1820, Carter used about 92,000 lbs. of upland and New Orleans cotton each year, producing yarn ranging from No. 5 to No. 30 and a variety of cloth types including muslin, plaid, stripe, bed ticking, drilling, sattinet, chambray, and nankeen.The mill had 2,300 spindles, 10 hand looms, and 20 power looms, some of which were damaged in a flood on Feb. 21, 1822. Carter paid an average of 18 cents per pound of cotton and sold his No. 10 yarn for 30 cents per pound. The mill had 79 employees, including men, women, and children. Carter terminated his lease on June 1, 1823 and most likely moved to the Sharon Mill, a mill he had recently purchased on Squirrel Run. A new stone mill building capable of holding 2,500 spindles, which came to be known as Breck's Mill, had been built on the property by McLane & Milligan by 1823. The investors had also built at least six additional tenant houses, bringing the total to eleven. At least 1,200 of the spindles and several looms belonged to McLane & Milligan and remained with the mill after Carter's departure.