Absolutely nobody was asking for a #TallowTuesday, but here it is anyway ... 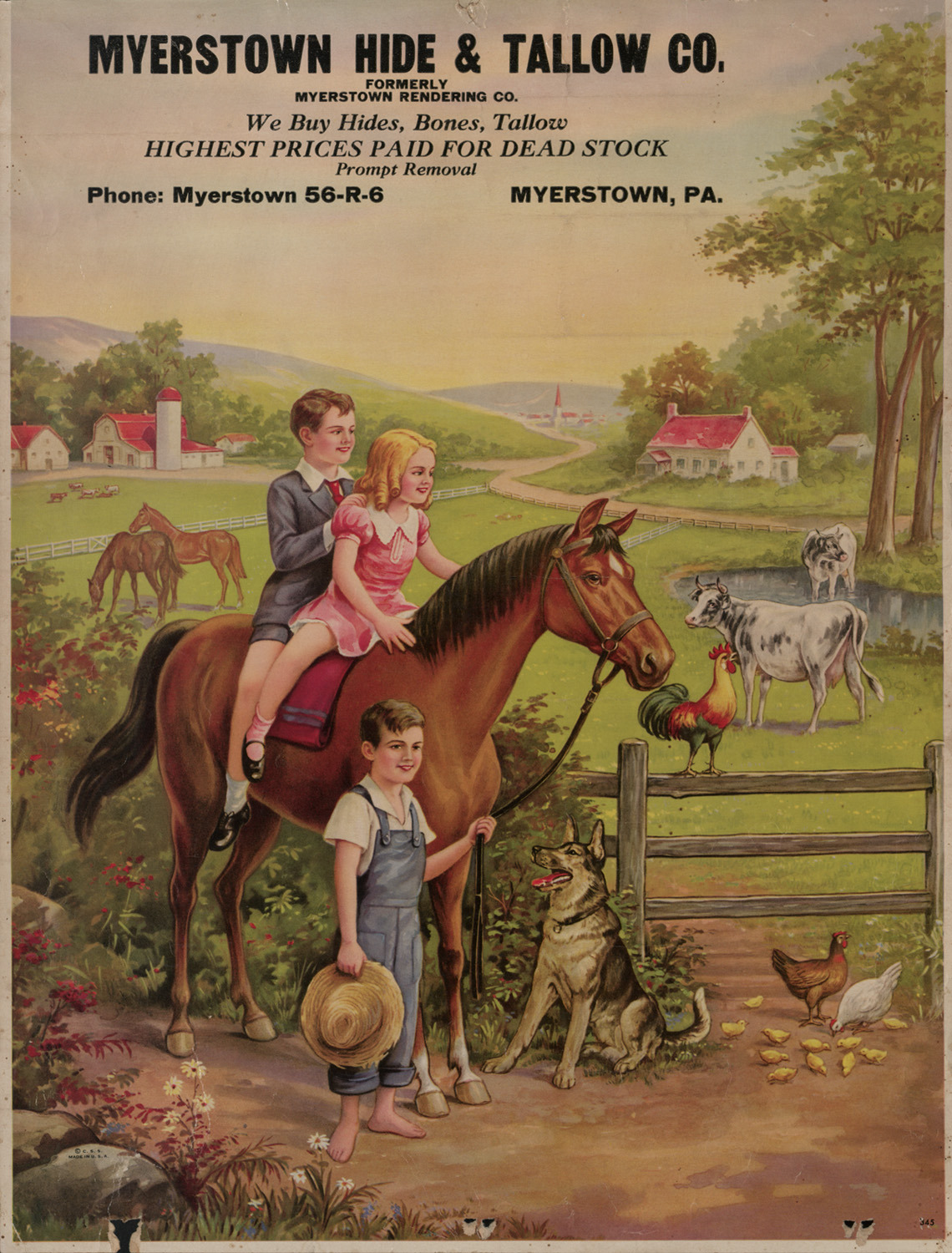 Absolutely nobody was asking for a #TallowTuesday, but here it is anyway. This poster for the Myerstown Hide & Tallow Company of Myerstown, Pennsylvania is part of Hagley Library's collection of Carter Litchfield photographs and ephemera on the history of fatty materials (Accession 2007.227).

This is undated, but was probably created in the late 1940s or early 1950s. Text on the image identifies the company as being formerly in operation as the Myerstown Rendering Company. The company announced the name change, which occurred in conjunction with a transition in management, in January 1947.

Carter Litchfield (1932-2007) was an organic chemist who studied and specialized in edible fats and oils. This career began at Proctor & Gamble; during the mid- to late 1950s, Litchfield worked for the company in its Edible Research Section of the Chemical Division, which produced and developed shortening products like Crisco and margarine oils.

After Litchfield left Proctor & Gamble in 1960 to take a job as a research scientist at Texas A&M, his interest in the field continued and he soon undertook studies toward earning a doctorate in organic chemistry with a focus on fatty oils like olive, linseed, soybean, cottonseed (all seed oils) as well as lard, tallow, and other animal body fats.

These studies would continue throughout his career. During a nine year career at Rutgers University, Litchfield studied fatty oils in marine mammals and aquatic sponges. During this time, he also founded Olearius Editions, a publication company dedicated to the history of vegetable oil and fat production. He would continue to operate as a publisher after his retirement from Rutgers in 1979.

This collection has not been digitized in its entirety; our Digital Archive offers a curated selection of items and primarily includes paper ephemera such as ration stamps, tax stamps, trade cards, pamphlets, and trade catalogs.