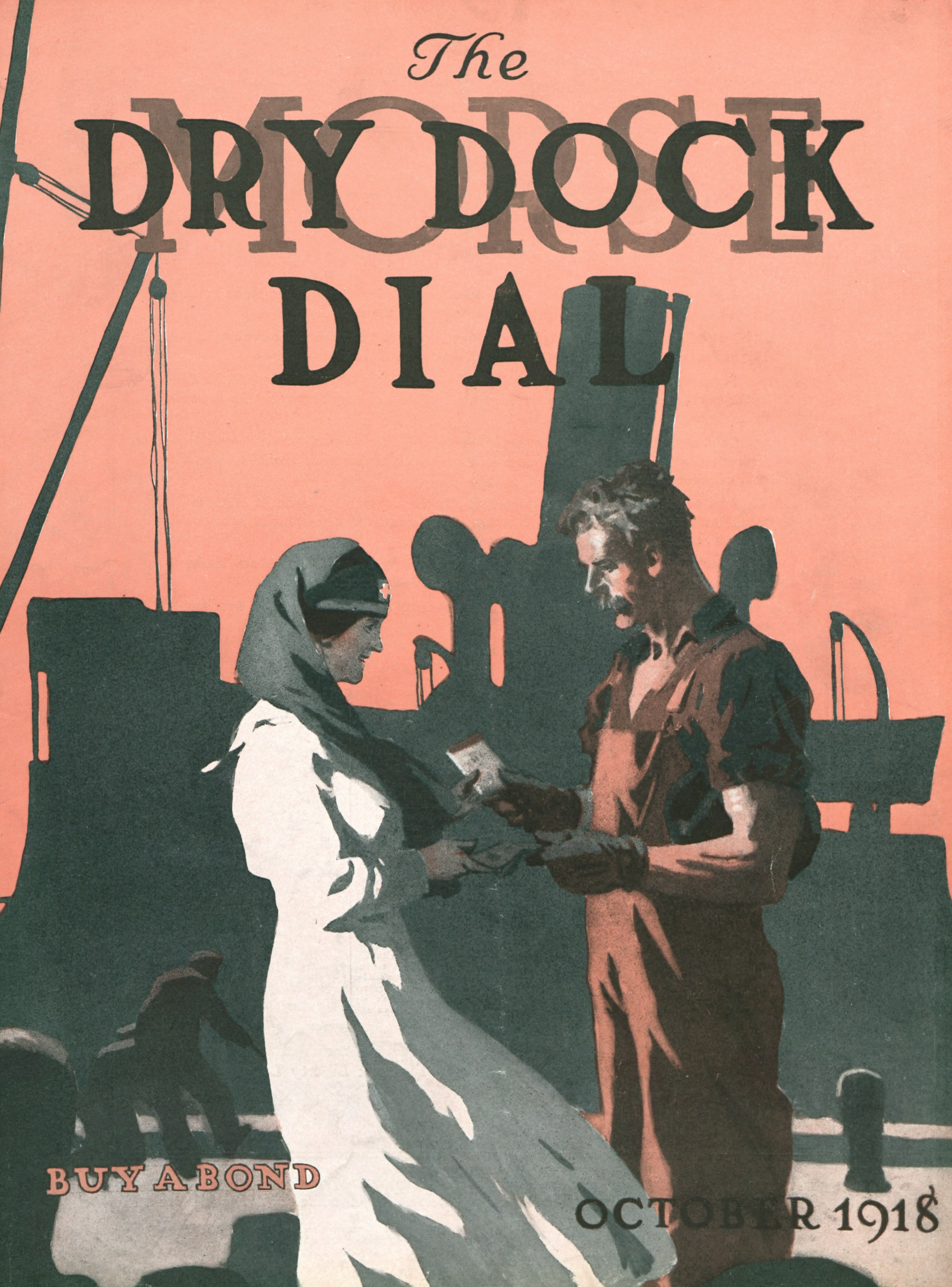 The International Maritime Organization (IMO), an agency of the United Nations responsible for international regulatory frameworks regarding the maritime industry, has observed the fourth Thursday of September as World Maritime Day since 1978.The theme of this year's observance is the role of seafarers as essential workers in maintaining global supply chains during the COVID-19 pandemic.

And we’re barging right in on this observance to bring you the October 1918 cover of the Morse Dry Dock Dial. This magazine was the in-house periodical for employees of the Morse Dry Dock and Repair Company of New York City. The company was a leading shipbuilder and refit facilities during the early 20th century. The company was one of the largest of its kind in the United States, and serviced large steamships as well as the private yachts of New York City's wealthy elites.

The company, which once operated the world's largest floating dry dock, also built smaller watercraft, such as tugboats. During the period that this issue was published, the Morse Dry Dock and Repair Company was also a major contractor of the U.S. Government, which relied on its services for building and maintaining military watercraft during World War I.

The magazine featured some notable cover artists during its publication run. This cover was illustrated by a frequent contributor; the American realist painter and printmaker Edward Hopper (1882-1967). The Morse Dry Dock Dial is call number f VM301.M67 M67 in the Hagley Library’s collections. Our holdings of this publication have cover a period from 1919 to 1923 and have been digitized. To view them online now, just click here.