We turn our attention to accident prevention today ... 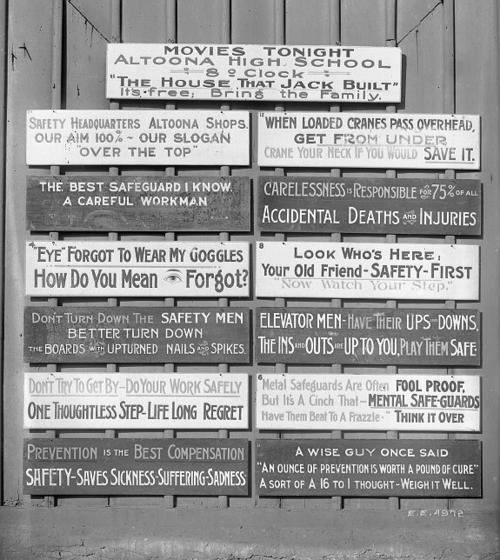 We turn our attention to accident prevention today in observance of Workers Memorial Day, an international remembrance day for workers killed, injured, disabled, or otherwise made unwell by their work.

This day of observance was established by the AFL-CIO in 1989. The organization chose this date to coincide with the date in 1970 on which the Occupational Safety and Health Act went into effect in the United States. National and international bodies soon followed suit, establishing similar remembrances that shared the April 28th date.

In Canada, where a similar observance is known as the National Day of Mourning, the date (which coincidentally coincides with the anniversary of the nation's 1914 comprehensive Workers' Compensation Act) was set in 1990 by the Canadian Labour Congress. In 1996, the International Labor Organization began observing International Commemoration Day for Dead and Injured Workers, while the United Nations established its World Day for Safety and Health at Work in 2003.

This November 17, 1919 image shows safety signage at the Pennsylvania Railroad's machine shop in its Altoona, Pennsylvania facilities. The signs were posted as part of a National Railroad Accident Prevention Drive, an initiative launched that year by the United States Railroad Administration, and which ran from October 18th to 31st. The 34th Annual Report of the Interstate Commerce Commission later documented that, for the year ending in 1919, 6,978 workers were killed and 149,053 workers were seriously injured in railroad accidents, a decline from previous years (though the numbers would rise again in 1920).

This image is part of Hagley Library's Pennsylvania Railroad negative collection (Accession 1993.300). Incorporated in 1846, the Pennsylvania Railroad Company became the largest railroad in the United States in terms of corporate assets and traffic from the last quarter of the nineteenth century through the mid-twentieth century. This collection of more than 5,200 negatives from the official Pennsylvania Railroad files largely depict PRR trains, tracks, equipment, and facilities. The collection also contains numerous views of similar facilities and equipment on other railroads, of nearby buildings and properties, or of standardized equipment and accessories that were collected by the PRR for reference.

The negatives selected for digitization in this collection were digitized to positives for online access; many of them are black-and-white, low resolution copies produced from the original negatives. To view them online now in our Digital Archive, click here.