We're back (for now - we'll be closed again on Friday for the New Year's holiday) ... 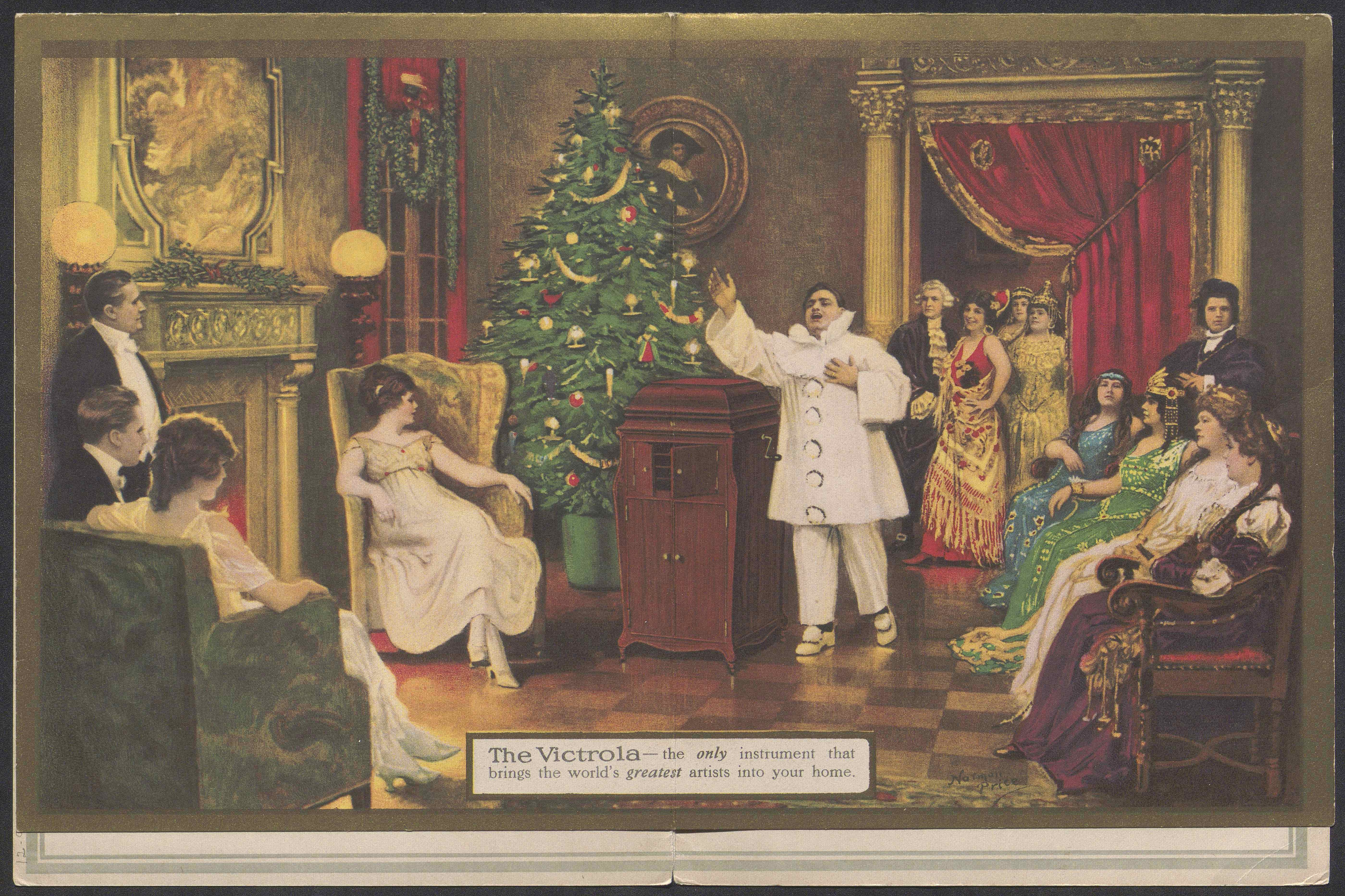 We're back (for now - we'll be closed again on Friday for the New Year's holiday)!

And while I don't often get too personal on here, I just thought I'd share this photo from my Christmas break (I'm very fancy and glamorous, and absolutely did not spend the weekend in cookie crumb-dusted pajamas).

It is also possible that this is a ca. 1915 advertisement from the Victor Talking Machine Company, which heavily marketed its lines of phonographs and other products with the advertising line "Will there be a Victrola in your home this Christmas?" around this time.

The Victor Talking Machine Company was incorporated in New Jersey of October 3, 1901, by Eldridge Reeves Johnson (1867-1945), a machinist who had been a subcontractor for Emile Berliner’s Berliner Gramophone Company. It quickly became both the leading U.S. manufacturer of phonographs, the famous “Victrola” introduced in 1906, and the recorder and manufacturer of phonograph records by many of the leading musical artists of the day.

However, during the 1920s, radio eclipsed the phonograph as a means of bringing popular entertainment into the home, and on March 15, 1929, the Radio Corporation of America bought control of the Victor Talking Machine Company. The Victor plants in Camden, N.J., and Oakland, Calif., were reorganized as the RCA Victor Company, Inc. at the end of 1929. It became the RCA Victor Division of the RCA Manufacturing Company, Inc., in 1934 and of the Radio Corporation of America in 1942. Activities at the Camden Plant, later successively operated by the General Electric Company (which bought RCA in 1986) and the Martin Marietta Corporation, ended in 1993.