January 2020 marks the beginning of a new decade and the beginning of a new session in Congress. Beginning in 1998, the National Association of Manufacturers presented the Manufacturing Legislative Excellence Award to members of Congress who supported at least 70 percent of the NAM’s pro-growth, pro-manufacturing, pro-worker agenda during the Congressional session. The key votes were determined by NAM’s Key Vote Advisory Committee based on their potential impact on the manufacturing community. Throughout the year, the NAM notified all members of Congress when and why an upcoming vote has been designated a key vote. In 2000, examples of key vote issues included China trade policy, the federal budget, estate taxes, education, and training, among others. 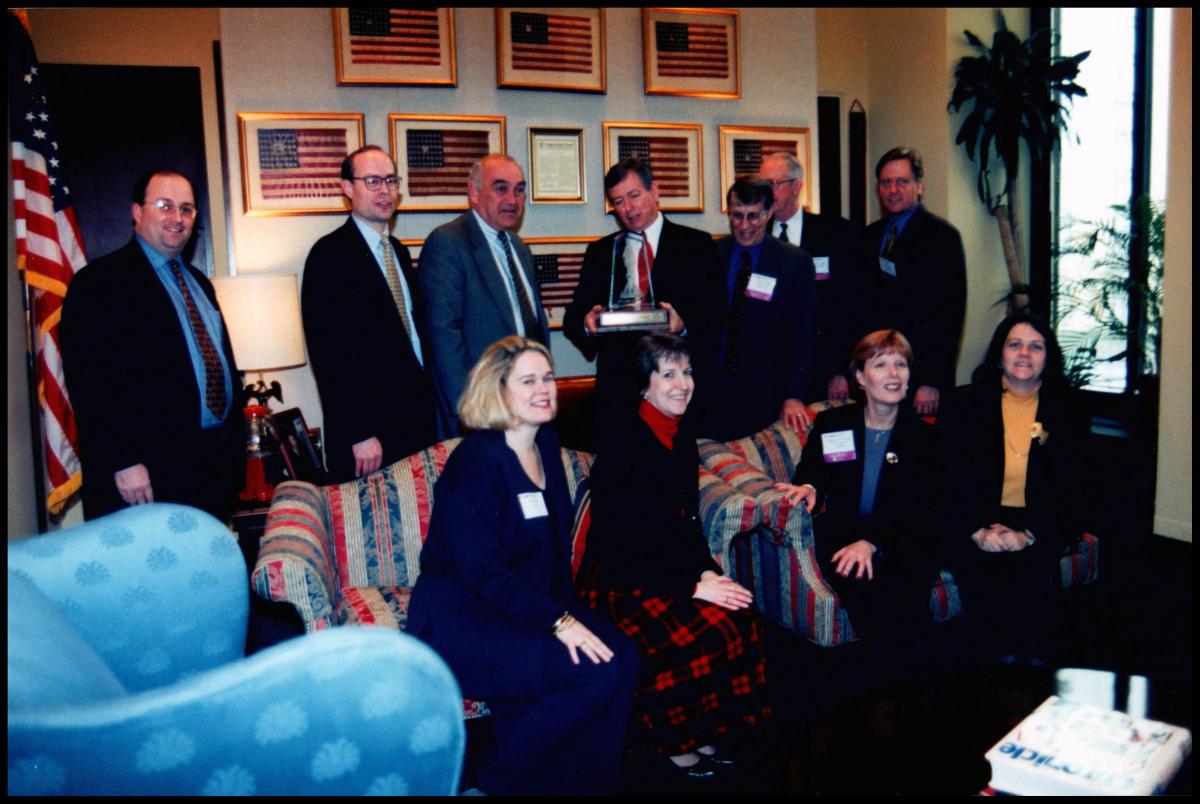 Many of the awards were presented during NAM’s Congressional award reception and welcome to the freshman class held annually in Washington. Additionally, events to honor the recognition were held in the legislators’ home districts hosted by NAM members. The award statues, which were created by NAM member company Lenox, depict the image of Lady Freedom, the figure that rests atop the dome of the U.S. Capitol etched in crystal. 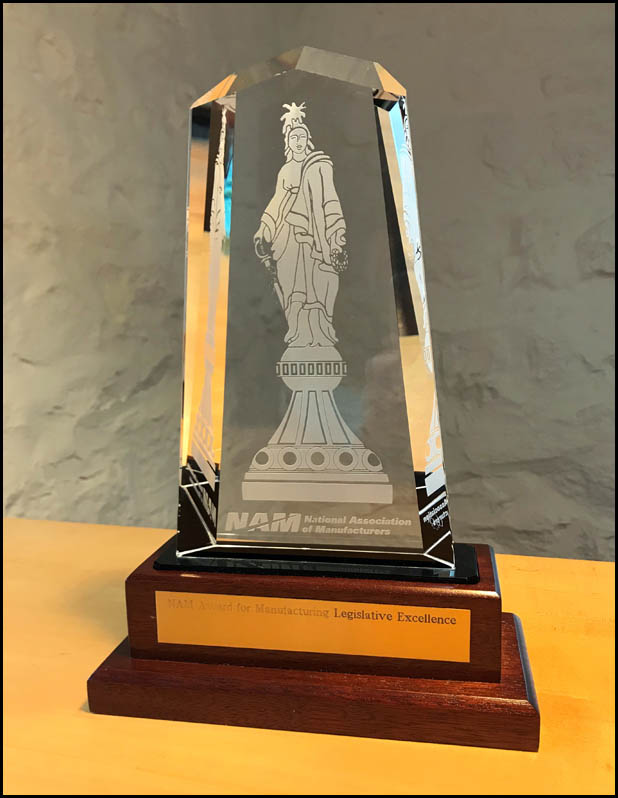 Neither the award nor any local award presentation event by NAM members were intended as endorsements, campaign statements of support or activities advocating the election or defeat of any candidates for federal office. In short, the events were opportunities for manufacturers to say thank you to elected officials with supportive voting records.

The portion of the NAM collection housed in the AVD Department has photographs and videos from the award presentations, which can be found here, while the Manuscript Department will have papers related to the award available once the project is complete.

Ashley Williams is the Project Archivist for the NAM Collection at Hagley Museum and Library.
Share