Con-men of the labor movement: Communists and labor unions

I periodically come across folders that peak my interest more than others. Sometimes it is the visual appeal, other times it is the topic or titling, and sometimes it is a combination. Recently I came across a folder about communism in labor unions, with materials dating from 1924 to 1968 which grabbed my attention for both the topic and visual component. These items, as collected by NAM, describe the threat Communism posed to labor unions, how one could identify a Communist, and what should be done. 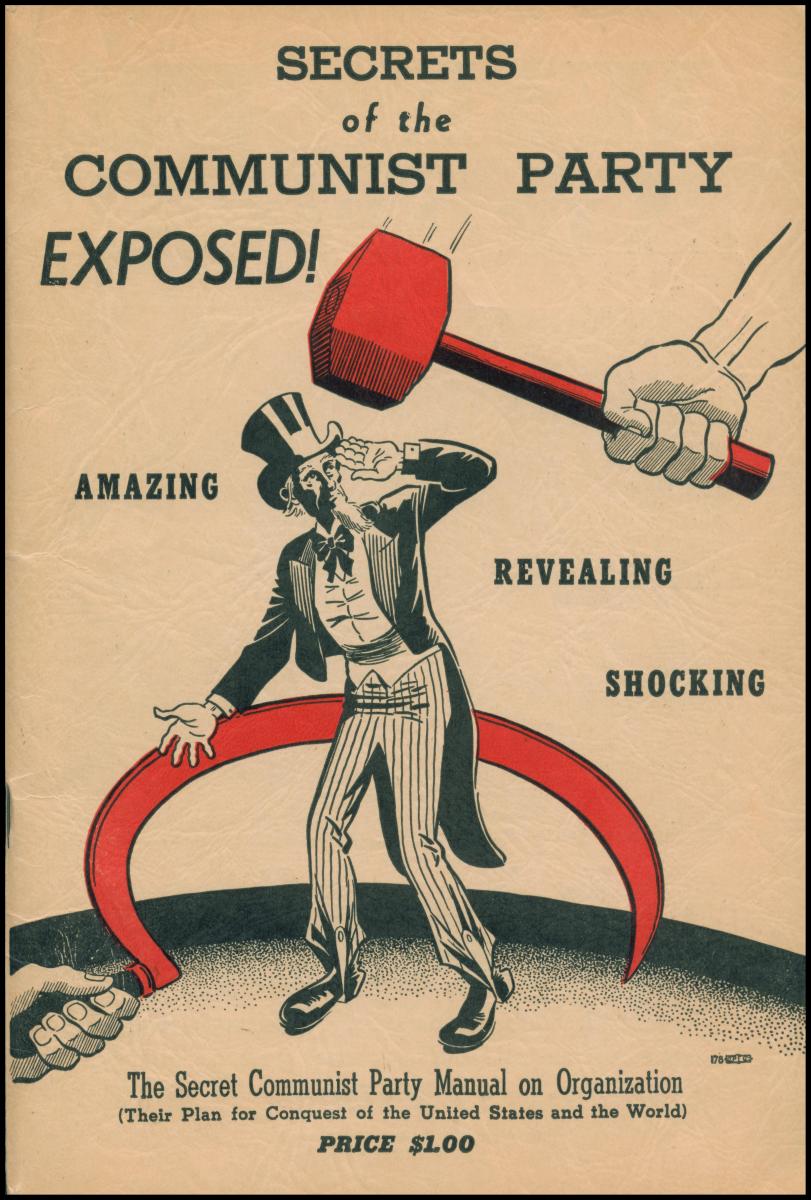 The cover of the booklet “Secrets of the Communist Party Exposed!” depicts Uncle Sam about to be harmed by the bright red hammer and sickle of communism. Held inside is the secret Communist Party manual on organization, and how they planned to conquer not only the United States but the entire world. In addition to the Communist manual written by J. Peters, the publisher of booklet, State Publishing Company, added visual commentary through several small political cartoons depicting the true image of Communists deceiving hard working Americans. 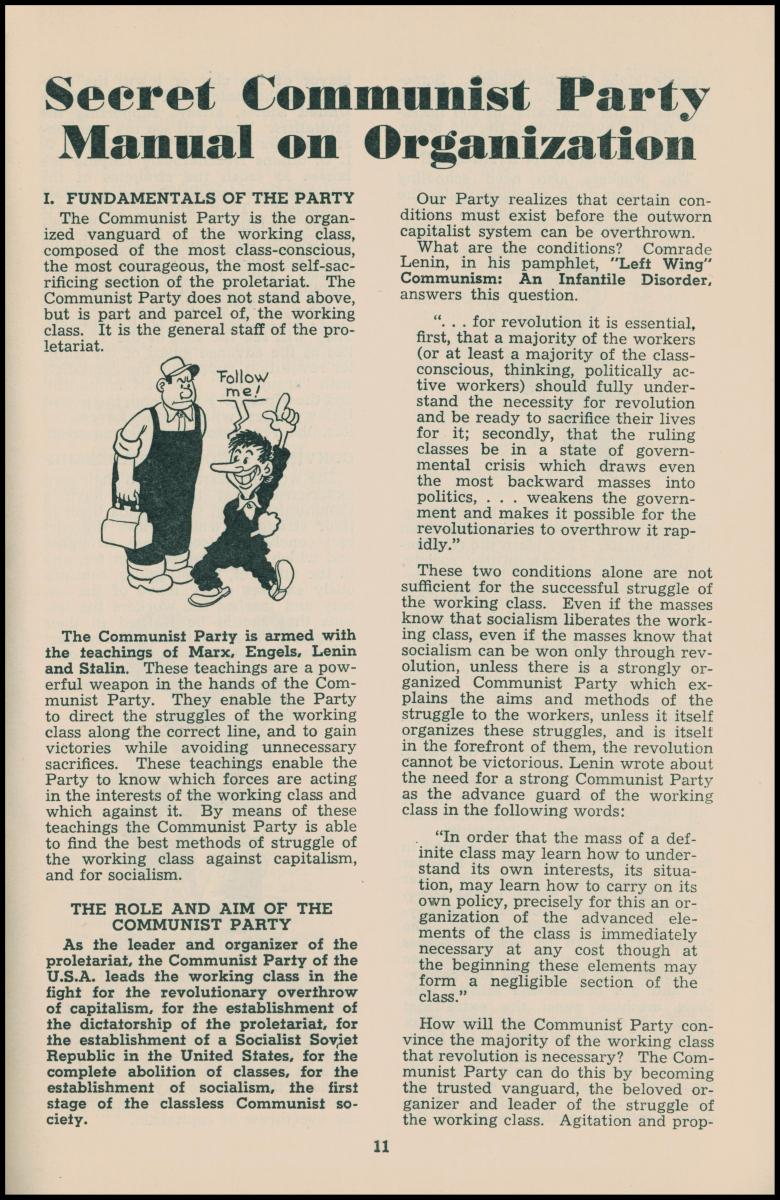 According to much of the material, labor unions were ripe for communists to infiltrate, with one of their most important goals being the ultimate seizure of power. Communists were the “con men” of the labor movement, and it was the responsibility of employees to resist communist influence through loyalty to capitalism and democracy, having confidence in one’s future, and undermining communist ambitions. 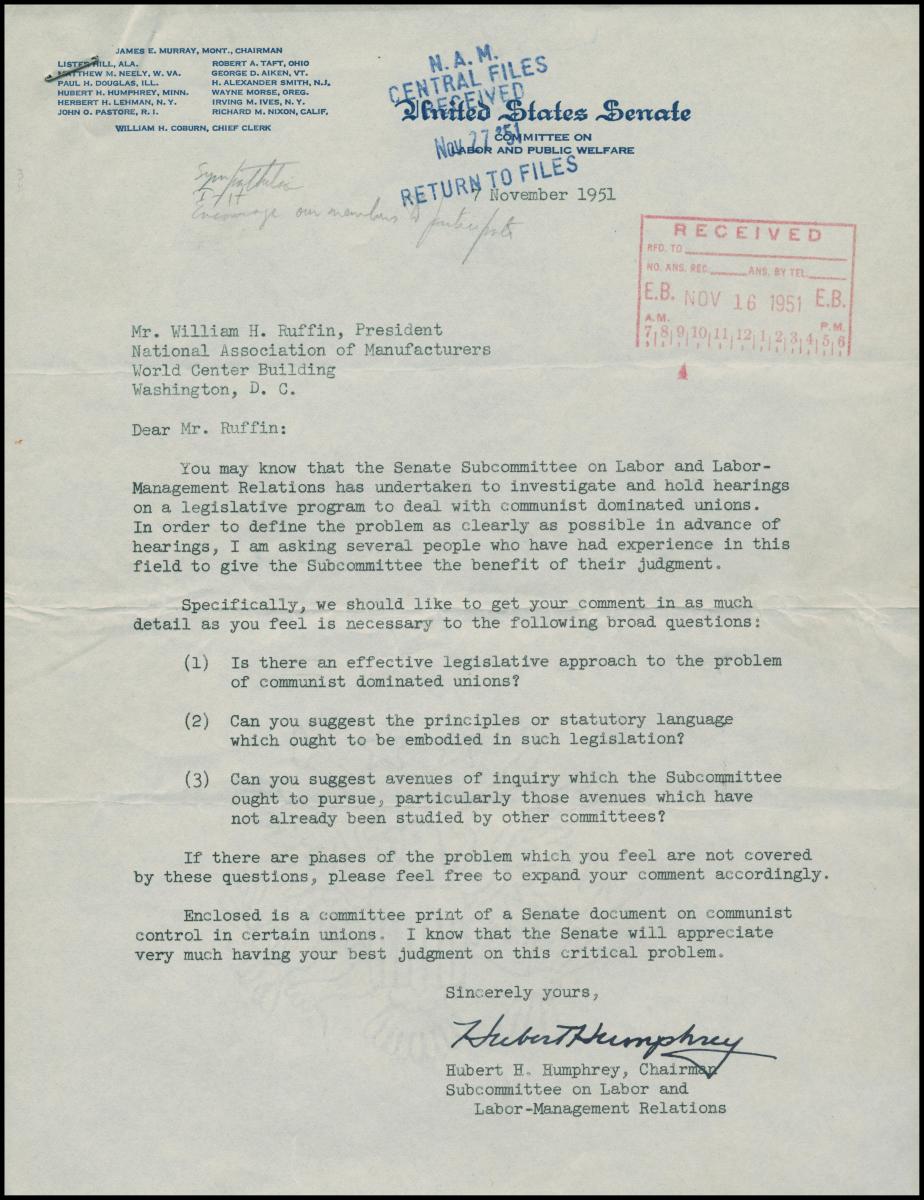 The pamphlets highlighted several communist strategies, tricks, and techniques. One pamphlet admitted that while no technique used to detect communist influence was foolproof, the “consistent and undeviating use of most of the following tactics may be deemed strong presumptive evidence of C.P. activity or sympathy.” The list includes defense of the Soviet Union, using the phrase “I am not a Communist, but…,” declaring everyone is phony except for us, pushing the party press, and using telltale terminology such as unity of the workers, broadening the base, sharpening the struggle, and the term “shop” instead of factory or plant. (“Communist Trade Union Trickery Exposed!,” 13-20)