How Do You Store That?

It does not seem possible that the NAM project is rapidly coming to close; just a couple more months and it will be complete. Now it is wrapping up all the loose ends and items that cannot be finished until the end. One of the tasks I am finishing up is to sort, folder, and house the oversized material and objects. There is a wide range of objects from pins to flags, coffee mugs to plaques. 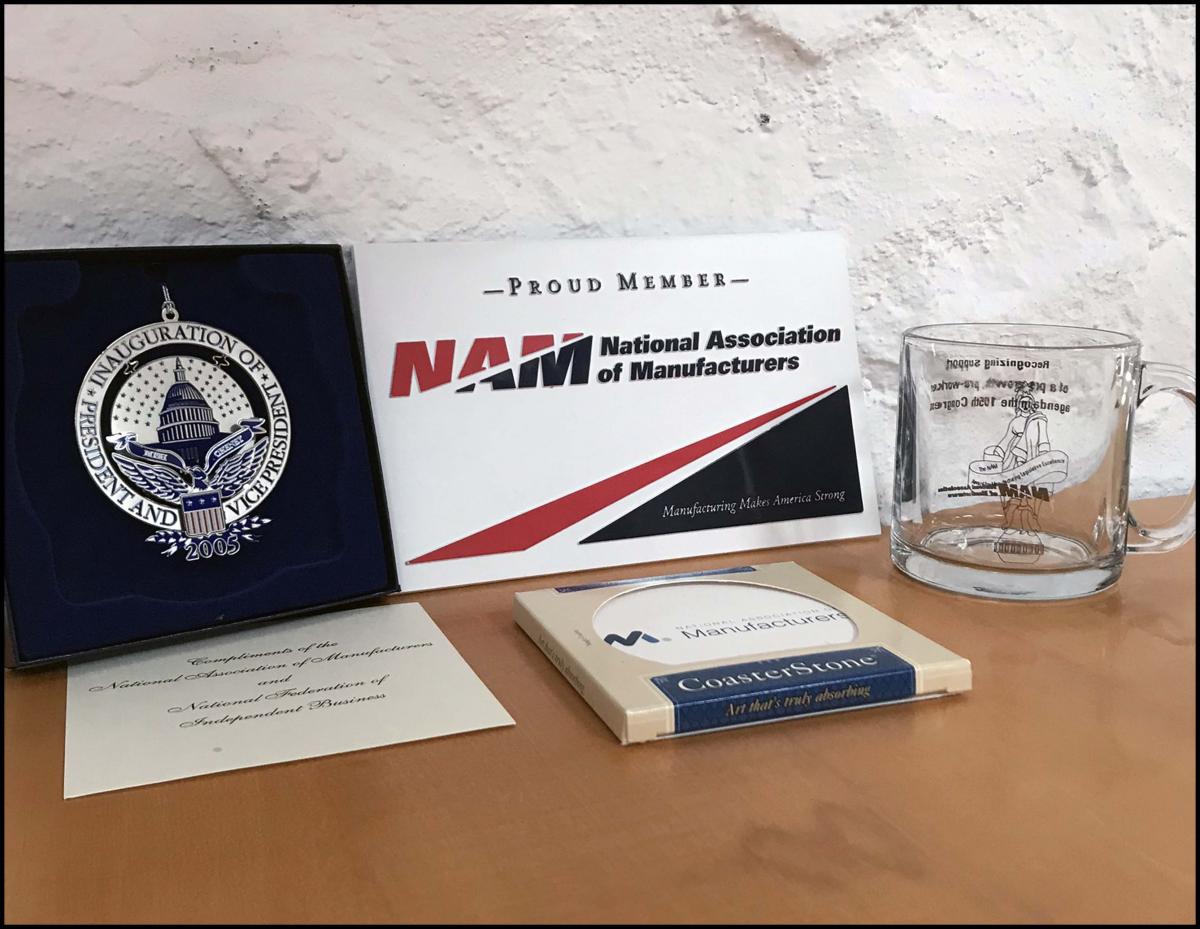 One set of objects I find interesting are name badge pins dating from 1900 to 1933. These would have been worn by attendees to NAM’s board meetings, with each meeting having its own design. Some of the pins include a metal slot for a name to go. Most have ribbons and a metal decorative element. In the photo below of the 1904 Pittsburg meeting, you will notice a decorative pendant. 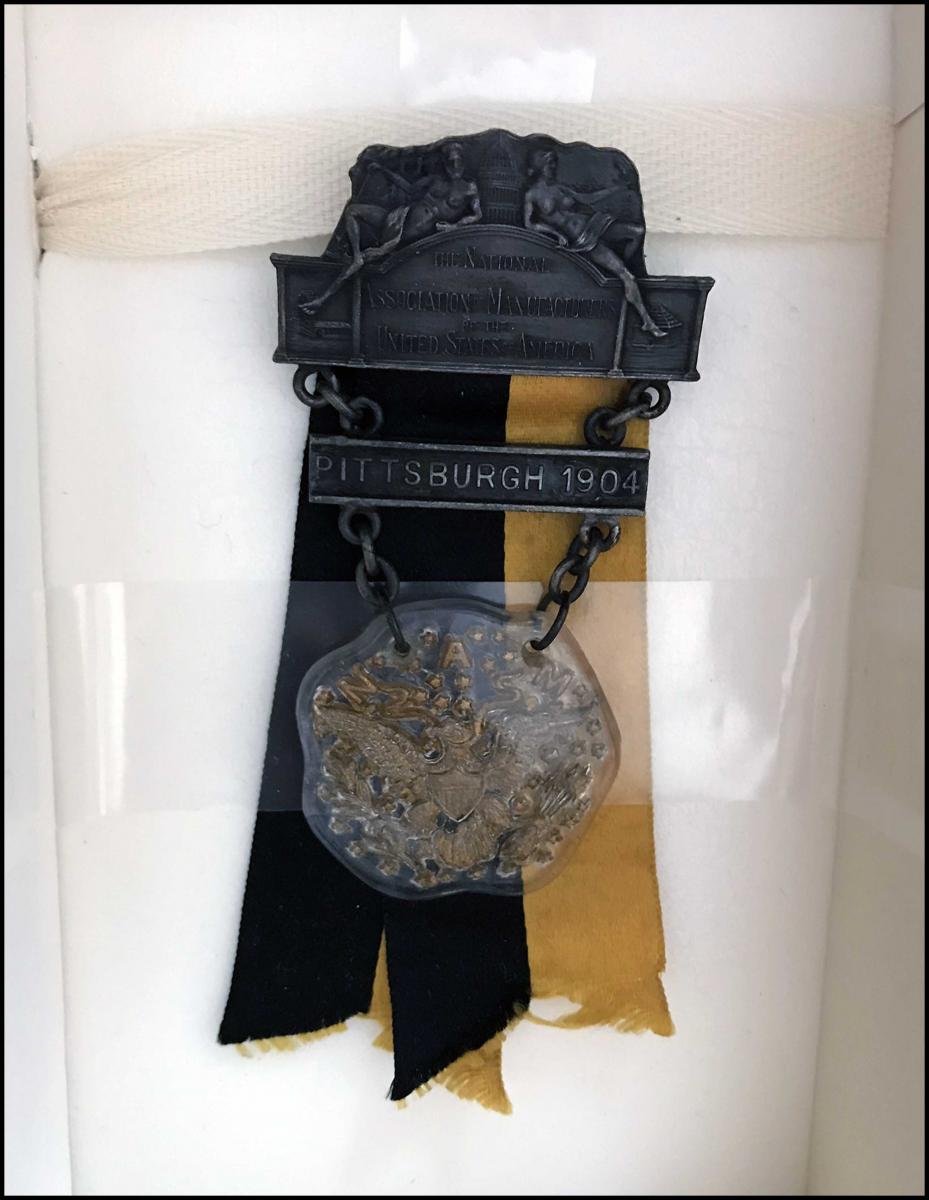 While these badges are interesting to look at, they pose a unique challenge for housing. When I discovered them, the badges were in a photo album. This was not a particularly bad storage; I knew it is not how they were going to remain. As I turned the pages of the album, I had to be careful to make sure none of the badges came out of the sleeve they were in. So, the photo album of name badges and I made a trip to the library’s conservation lab to see what they could do.

There was some concern on proper housing and how to deal with the objects because they were mixed materials, primarily metal and fabric. After some discussion, my co-workers in conservation decided the best option would be to build custom trays, using ornament storage trays as an inspiration. Each tray holds eight pins, and there are two trays per box with fabric loops on the ends to help remove a tray. The badges are then pinned in a Mylar loop, with another Mylar strip to separate the metal from the ribbon. This will ensure that the items are protected from damage, be it from moving around in the box or a chemical reaction between the two substances. But from a researcher’s perspective, the badges are housed in a way that allows for easy access. 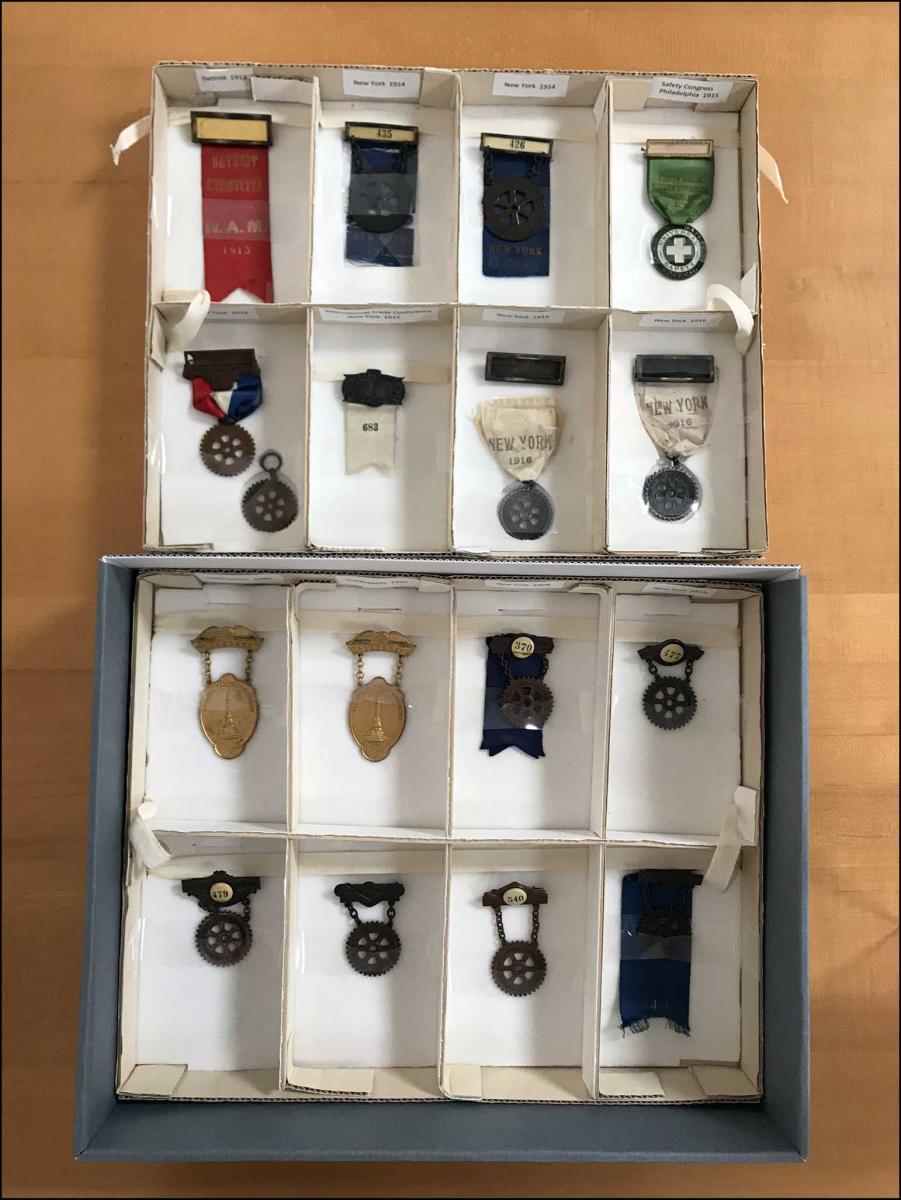