The National Association of Manufacturers changed their approach to reaching the general public as new technologies emerged. In the 1950s, NAM adapted its public relations efforts to the new medium of television when it launched its weekly fifteen-minute Industry on Parade series.

In 1950, NAM’s radio and television director, G. W. “Johnny” Johnstone (1900-1976), developed the idea for a television program to highlight American manufacturing and business. He worked with NBC News Department Manager Frank McCall (1907-1981) to create a sample, which was presented to and supported by the board of directors.

The first episode debuted the week of October 15, 1950. Each episode typically contained three or four stories examining some aspect of American manufacturing and business – although towards the end of the series the episodes were arranged thematically, featuring a single type of product, industry, or American consumer.

In between story segments or at the end of the episode, public service announcements were included to promote capitalism, the American way, and the rewards of a free economy and society. The program aimed “to show the marvels of our industrial techniques in operation and to show how the industrial process results in higher living standards; to show new developments in the field of science, invention and research, particularly as they contribute to health, welfare and national defense; to show the integral part that Industry plays in the civic, religious and social life of American communities as well as the economic; to show people who work in Industry and the attention Industry pays to their well-being; [and] to show some of the difficult problems that have been faced and solved by American Industry.” 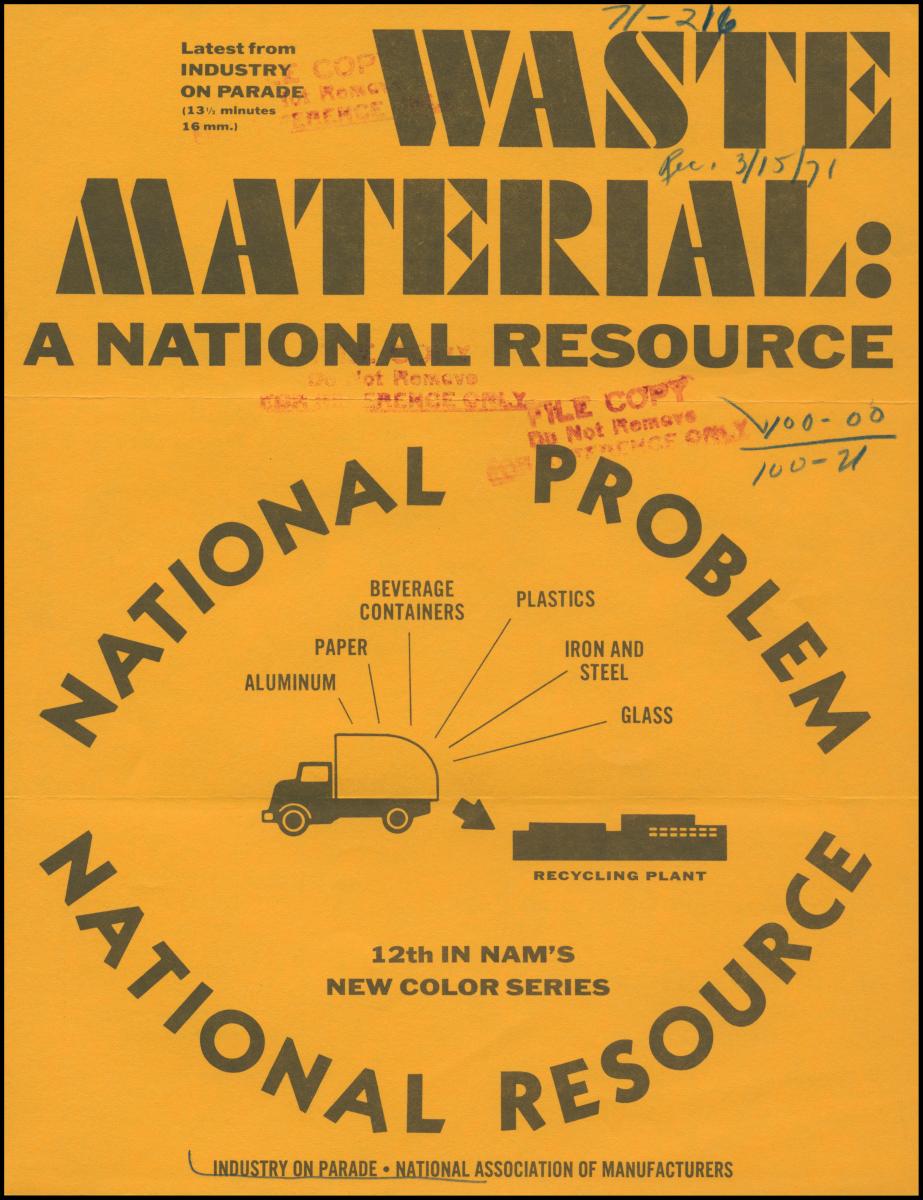 In 1953, NBC decided to focus exclusively on its own productions, leading Arthur J. Lodge (1918-1993), a producer who had been working on the series, to leave NBC and form his own production company. Arthur Lodge Productions produced Industry on Parade from October 1, 1953 until the series ended in the 1960s. By 1956, the Peabody Award-winning show was telecast by more than 270 television stations, as well as in eight foreign languages in 15 countries and on 22 Air Force and Navy bases.

As television technology advanced, the Industry on Parade made changes including filming in color beginning in 1964. By 1968, NAM knew the format needed to evolve to keep up with television demands and programming standards. The new format was exclusively in color and presented as a documentary series, “with each issue devoted to one phase of industry’s contribution to the American way of life. It is a complete treatment of a single subject on a single reel.”

Hagley Museum and Library does not have the complete run of the series – only select episodes from 1954 to 1966. It does, however, have extensive manuscript material relating to the series including information sheets from all episodes. A small selection from the series have been digitized by the Prelinger Archives and can be seen online in the Internet Archive

For more information about the Industry on Parade series, visit the AVD finding aid or contact askhagley@hagley.org.