The Largest Item (so far) in the NAM Collection

During the late 1930s and 1940s, the National Association of Manufacturers created a public information program to be broadcast across the country. This program included approximately 15,000 outdoor posters and billboards displayed in over 2,800 towns and cities reaching an estimated 57 million people.

These billboards were intended to convey industry’s importance to the American people. The campaign stressed that industry provided the means for a defense to American freedoms and was the key to their security and welfare. 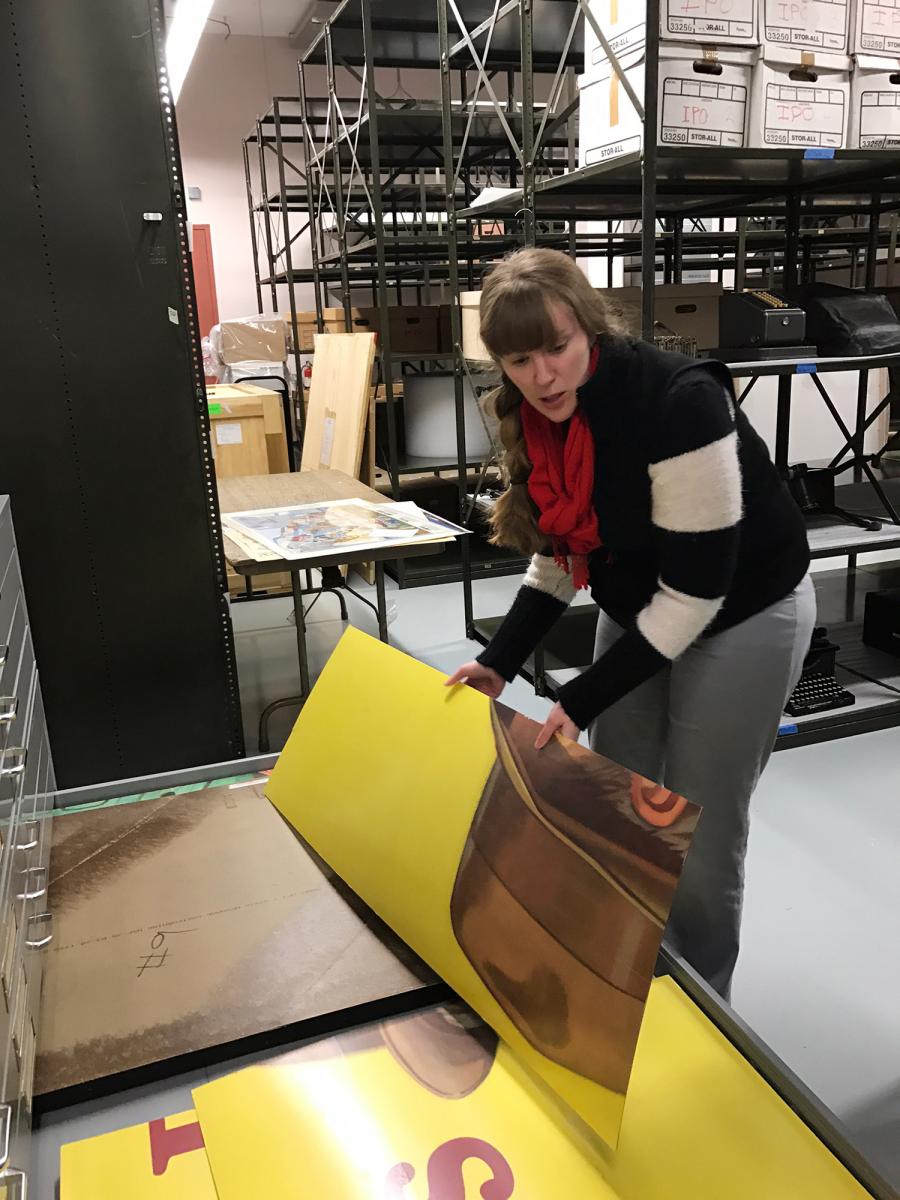 One of these billboards survived and was purchased by NAM in 1995 from the Secondhand Rose Shop in New York City. Since then, the billboard has become part of the NAM collection at Hagley.

The billboard depicts the quintessential nuclear family – a husband, wife, son, and daughter – with the husband bringing home his wages at the end of the week. The wife lovingly embracing her husband while the children gather around. “Busy factories make jobs. Jobs make security. National Association of Manufacturers," the text declares.

The billboard’s artist Frederic Stanley (1892-1967) never had formal art training. After serving as a soldier in World War I, he sold four of his paintings in New York which launched his career as a successful commercial artist. He worked for over 25 companies as an illustrator, including Coca-Cola, the Saturday Evening Post, and NAM. 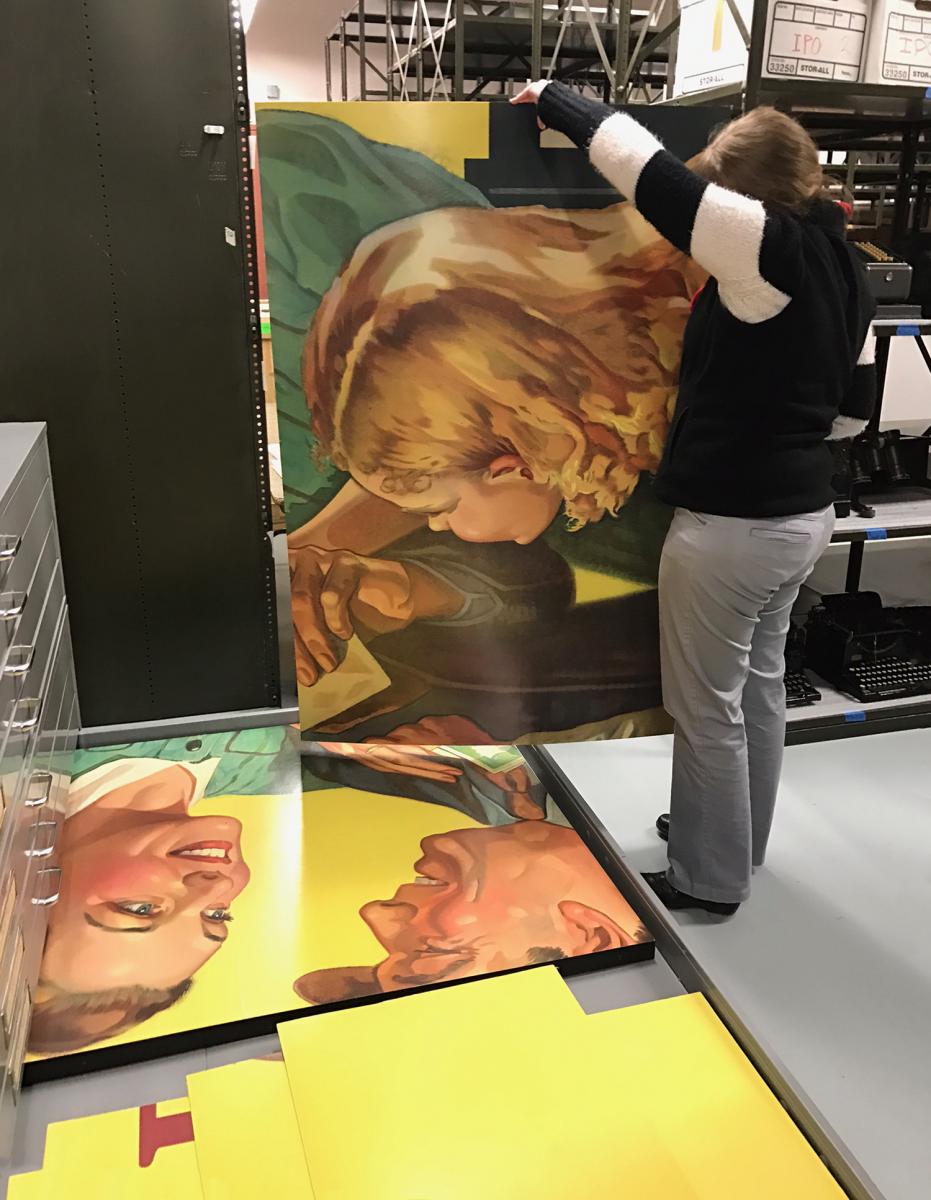 So how is a billboard stored?

It arrived at Hagley in several pieces – like a giant puzzle. These pieces are stored in oversize drawers as they are still quite large.

When we went to look at the material all we had was a brief description of an oversized mural. We were not fully prepared to open a drawer and have larger than life faces looking back at us. Three of us pieced the text together and enough of the images to have an idea what the overall billboard looked like.

We did not have enough space in the storage area to lay the entire billboard out to see the complete picture but in its entirety, the billboard measures over 8'x19'.

While the NAM collection has many interesting items, this unique billboard has been one of my favorite items so far.