Sometimes as an archivist, you open a box and have to ask: “What is this?”

I have seen my share of odd and curious items in archival collections but during my initial sort of materials of the National Association of Manufacturers audiovisual collection, I came across a perplexing item. 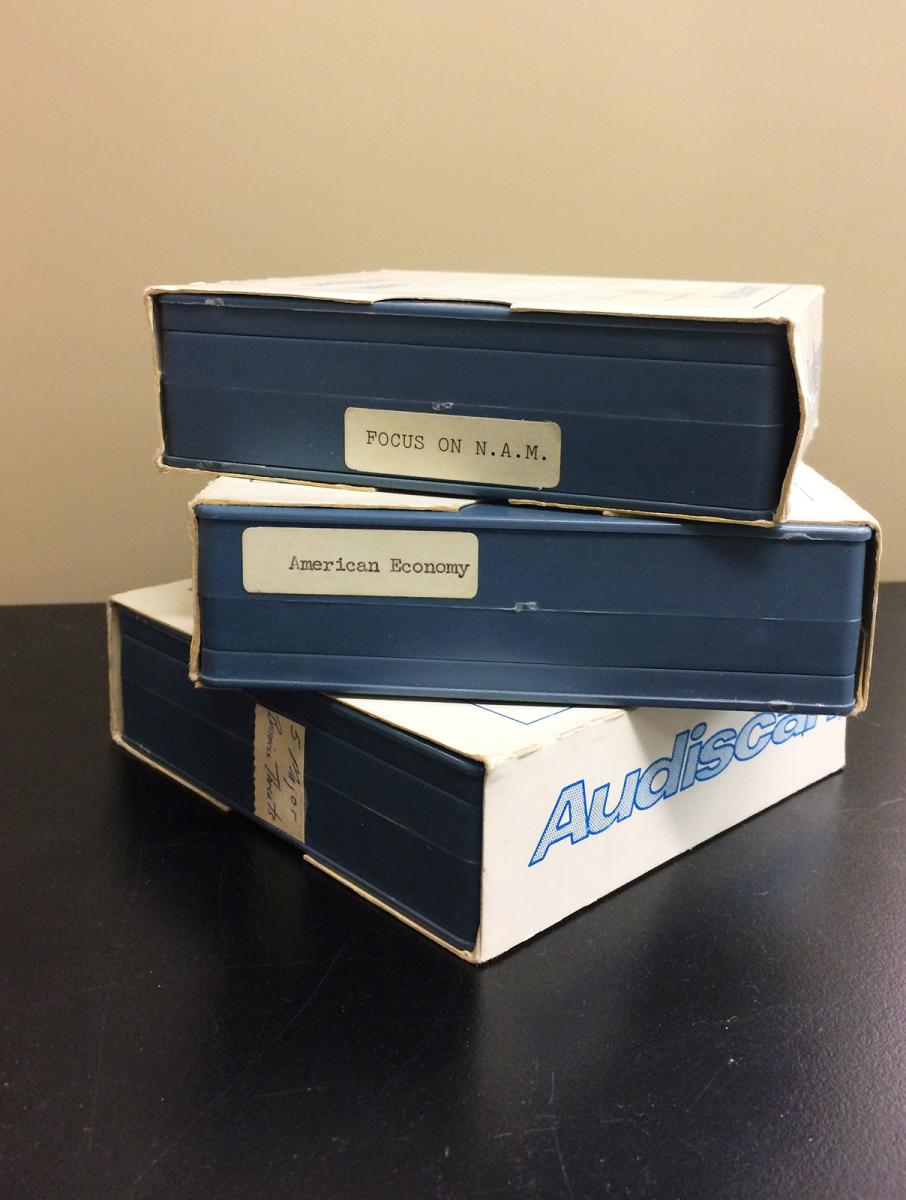 I found seven mysterious “Audiscans” cartridges sorted among familiar audio reels and VHS tapes. The next box contained the machine used to play these items. What are they? It appeared to contain both audio and visual reels, separate but within the same cartridge. 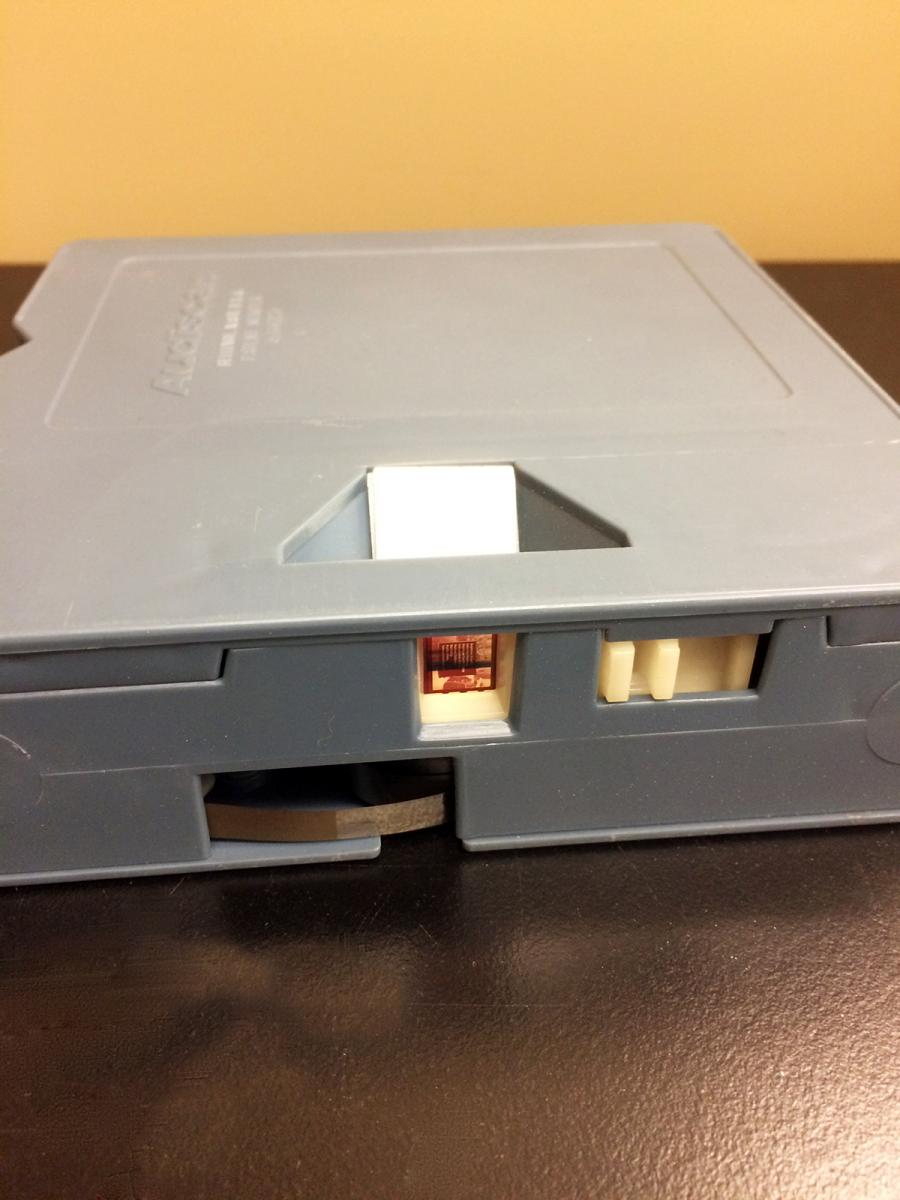 Audiscan was the name of the company but didn't tell me what the item is. I was looking to find the equivalent of a VHS, Beta, or U-matic to call this item.

My search came up with Audiscan Products Corporation based in Bellevue, Washington. They produced a 5”x5”x1.5” sealed cartridge that offered a 16mm continuous-loop film strip and synchronized audio-tape system. Each cartridge could be programmed for up to 25 minutes of sound and 225 visuals.

They were not meant to hold films but rather what I imagine to be a combined slideshow with sound. No longer would people have to change the slides at the tone on a tape, now the items were combined into one. These cartridges were primarily sold to commercial companies and used for instruction training and as sales aids. 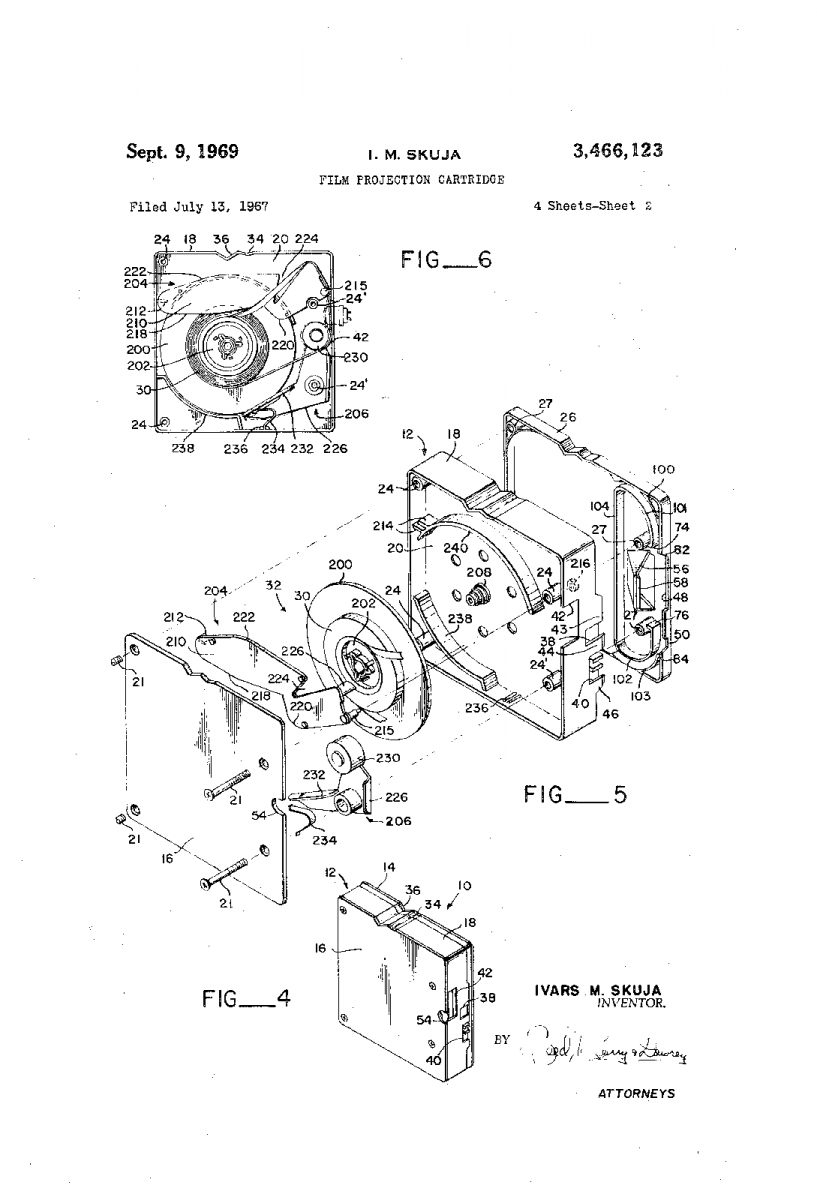 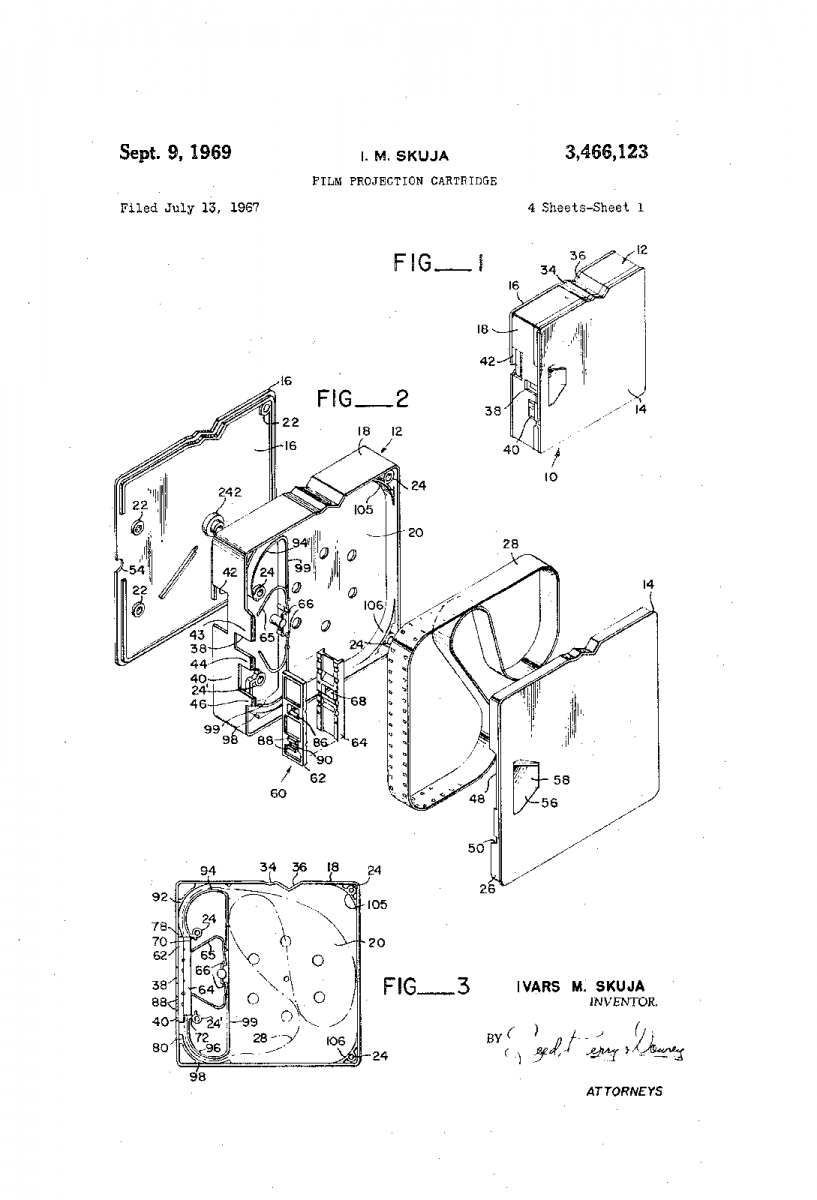 The patent for the “film projection cartridge” was filed July 13, 1967. Among other things they sought to “provide such a cartridge with a sound tape arranged in side-by-side adjacency with the film such that the cartridge can be directly inserted into a suitable projector for sound-plus-picture presentation without complicated maneuvering of the cartridge or of the related projector-mounted components prior to presentation of the program.” (source: U.S. Patent 3466123)

I can’t say how long Audiscans produced the cartridges but it was until at least 1979 as they were still discussed in the company’s annual report.

At this time, the contents cannot be accessed as Hagley has no working reader.