Since its beginnings in 1895, the National Association of Manufacturers has interacted with a variety of government officials: senators, representatives, cabinet members, governors, and even presidents. While going through the collection materials, I've come across several images of presidents – before, during, and after their presidencies – engaging with the NAM or at the NAM sponsored activities. Here are just a few: 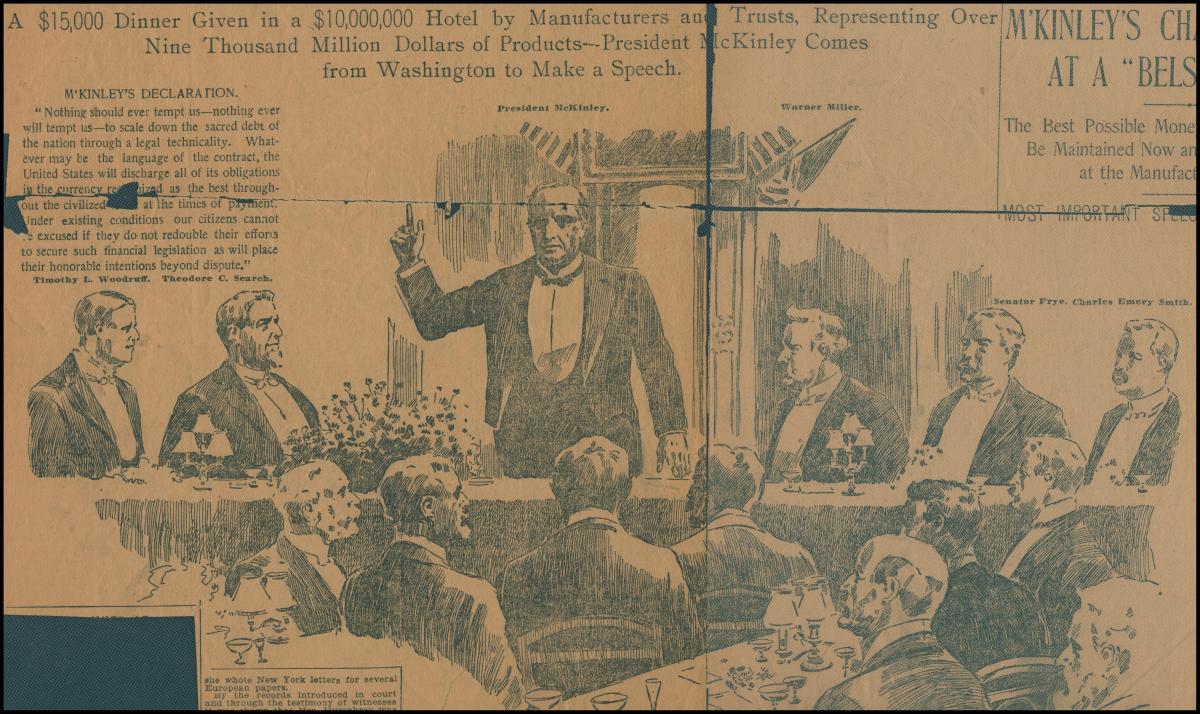 The first president to speak to the NAM was William McKinley in 1898 at the 3rd annual banquet of the National Association of Manufacturers, held at the Waldorf-Astoria Hotel in New York City. He traveled from Washington expressly to address the organization. In his speech, McKinley spoke to the way government could aid industry and commerce. 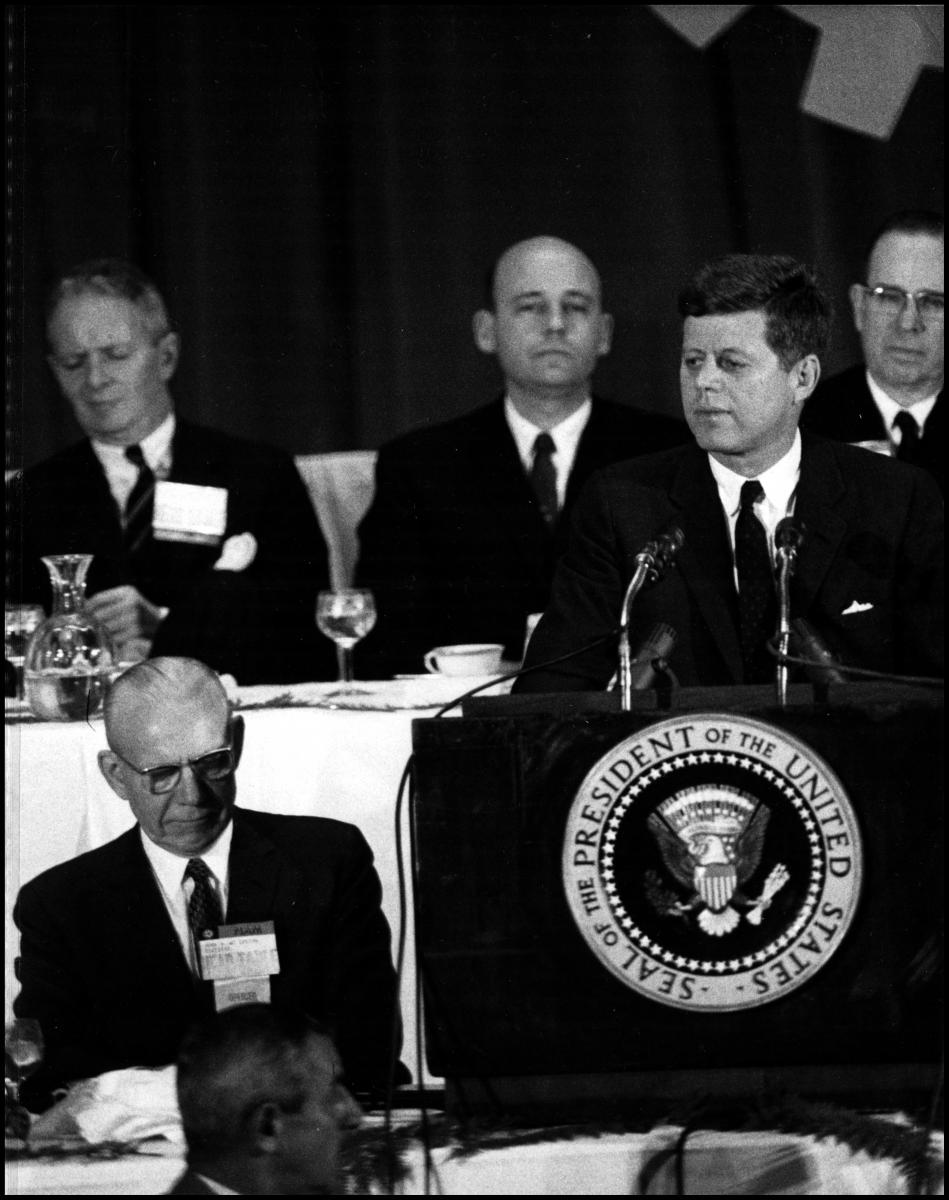 In 1961, President John F. Kennedy spoke to the 66th annual Congress of American Industry at the Waldorf-Astoria Hotel in New York City. The week-long conference was held until the mid-1970's. In his speech, Kennedy addressed the importance of maintaining cooperation between business and government, improving economic policy, and balancing trade and deficit payments. 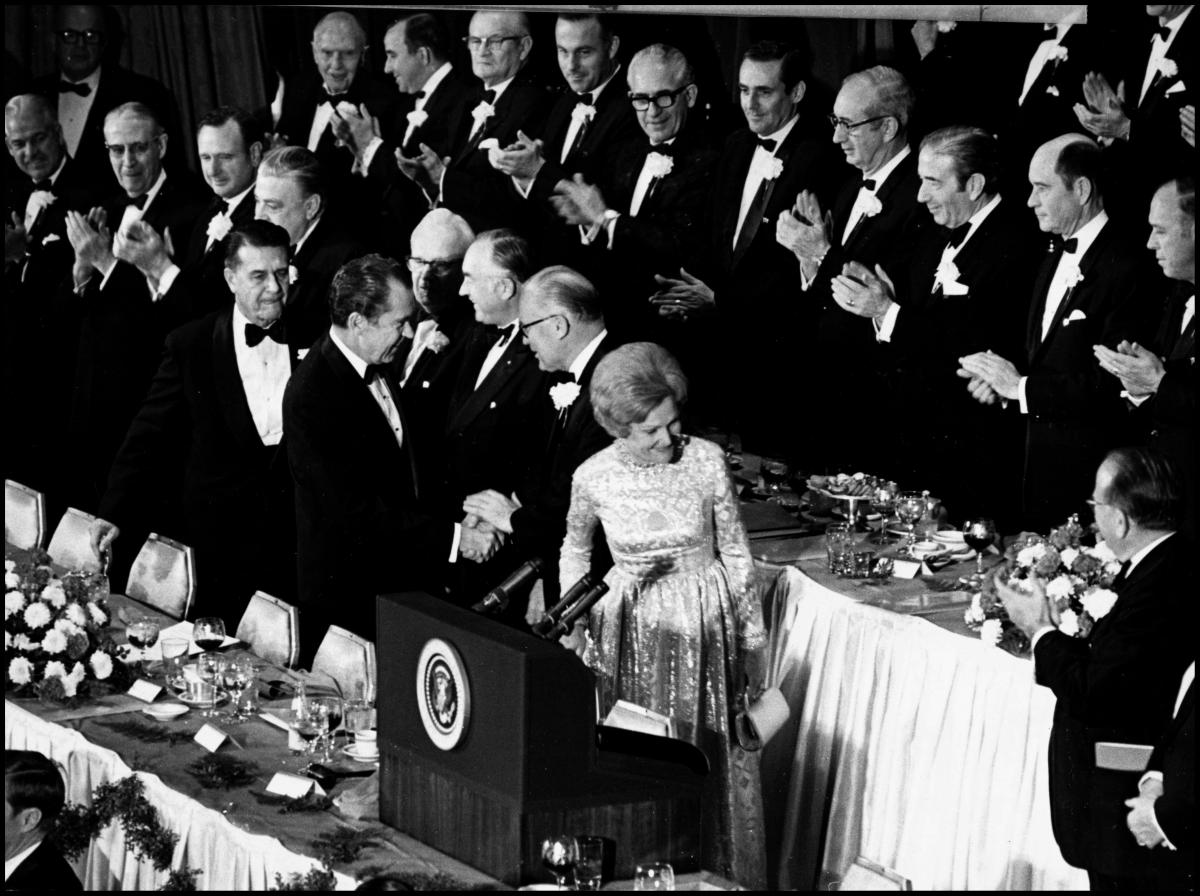 Similarly, in 1970 President Richard Nixon addressed the 75th annual Congress of American Industry. He had addressed the Congress before, but this was his first time addressing them as the President of the United States. In his speech, Nixon spoke of his administration’s economic strategy. 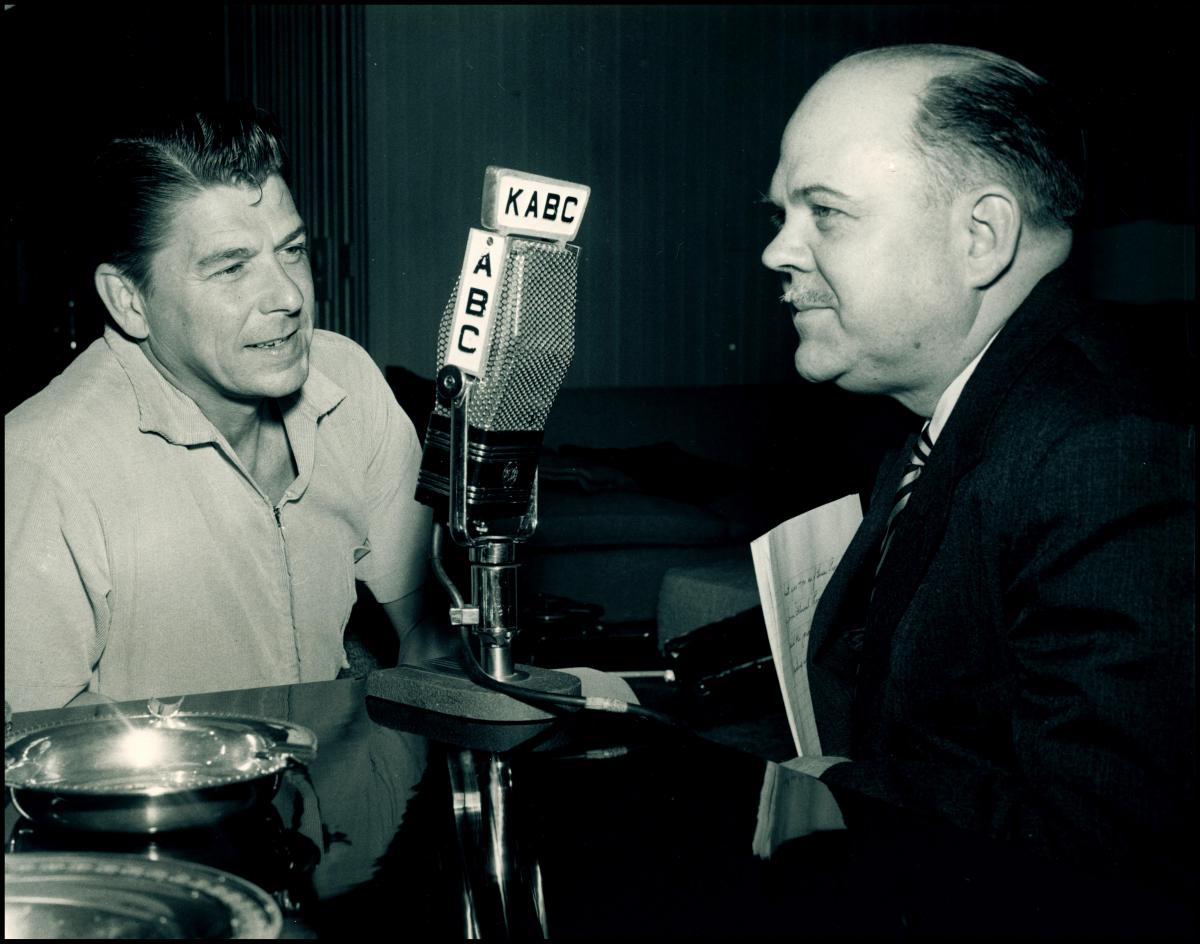 “Do you know the ‘inside story’ of the plight of Hollywood’s movie colony from an income standpoint? Would you like to hear it from the lips of Ronald Reagan?” began the March 31, 1957 broadcast of It’s Your Business radio show. Nearly a decade before Ronald Reagan became governor of California and over twenty years before being elected President, he appeared on the NAM series that aired on ABC-Radio Network.

Reagan sat down with reporter Ted Malone in his Pacific Palisades home. At the time, Reagan was nationally known for hosting the weekly television series The G. E. Theatre. Malone and Reagan begin by discussing the impact of the income tax law on people in the entertainment industry.

Actors, Reagan explained, can go through lean and lush periods. “They get a job, work in a picture, and then they’re unemployed until the next producer thinks of them and the phone rings and they’re offered another part,” and sometimes there can be several offers and sometimes nothing. If an actor enters a lush period where they have multiple roles, he can move up rapidly in the tax bracket, ultimately not balancing out the lean periods.

Tax reform remained important to Reagan throughout his political career and would be a cause he later championed as president.

To read the full transcript of Ronald Reagan’s interview on It’s Your Business, it is available in the Hagley Digital Archive.