Who's Who - Ira Mosher

“If there was ever a vigorous, 59 year old man who seemed to have an infinite capacity for enjoying himself and life, it is Ira Mosher. He is 5’10”, weighs 190 pounds, has bushy eyebrows, heavy hair with not a strand of gray, and while he never seems to be rushed by anything, always crams every hour full of something interesting. There is nothing spectacular about him, he is no galloping ghost of the grid-iron - to Red Grange-like make dramatic runs, but he is always in there plugging away in a self-possessed sort of manner which has always secured maximum results.” So describes 1945 NAM President Ira Mosher in The Ex-Presidents’ Club book published in 1946. 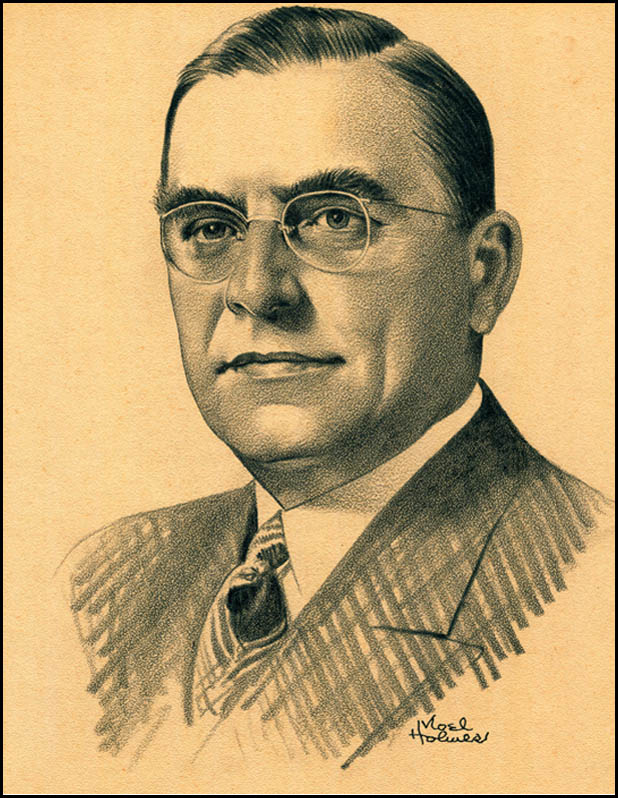 Born in 1887 in Melrose, Massachusetts, Ira Mosher worked his way from a delivery boy to become “one of America’s industrial statesmen” after serving as a bookkeeper, public accountant, company comptroller, and treasurer. He headed both the Russell-Harrington Cutlery Company and the Associated Industries of Massachusetts before moving to New York to establish his own business, Ira Mosher Associates, Inc.

Mosher was a prominent campaigner for regular work schedules and regular pay envelopes for American industrial workers and leader for NAM’s nationwide employment stabilization program. After serving as NAM president, Mosher remained active with the organization serving as both the 1949 chairman of the Finance Committee as well as honorary vice president. Additionally, he continued to testify before Congress on behalf of NAM well in to the 1950s.

In 1946, Mosher chaired a special committee to “make a complete study of relations with NIC [National Industrial Council] associations (especially the state group) designed to bring about a coalescing of the relations between such associations and the NAM” culminating in the so-called Mosher Report. During a two-and-a-half-month period, Mosher visited 14 cities and spoke with 39 members of the NIC and 11 staff executives of NAM. These discussions and investigation undertaken by the committee removed much of the misunderstandings and automatically pointed out procedural changes that were then implemented by NAM staff. The committee felt “the conditions disclosed by this investigation, and those steps already taken and herein proposed for their correction, more than justify the time and effort which has been put into the preparation of [the] report.” 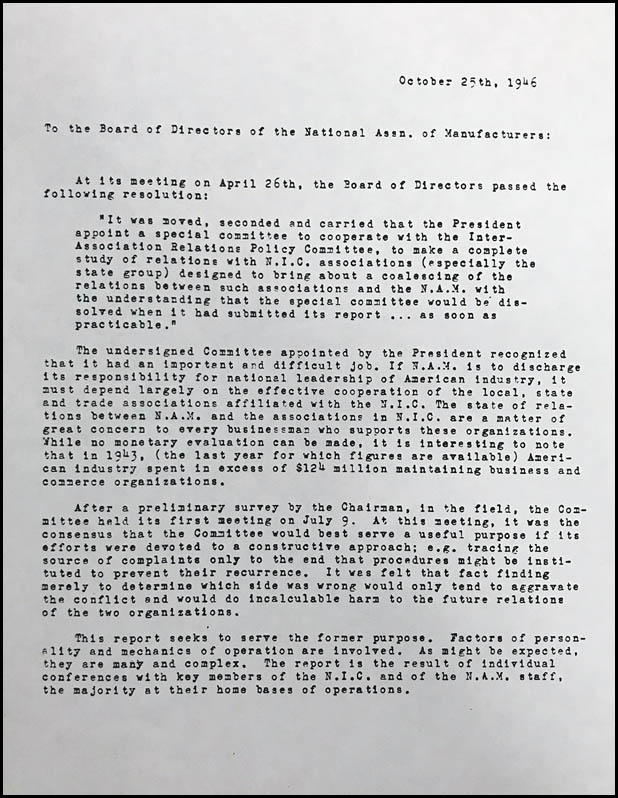