The Avon Products collection at Hagley can be a great source for studying the history of international business, consumer culture, and gender. This collection was central to my examination of Avon’s adaptation to the Brazilian market in the 1960s and 1970s. Avon’s newsletter, Panorama, is particularly useful for exploring how the company adapted to Brazilian gender norms.

Shortly after Avon began selling cosmetics in Brazil in 1959, managers observed that conservative gender norms impeded the company’s recruitment efforts. As in the US, Avon recruited women to sell cosmetics directly to consumers in their homes. In Brazil, however, women who walked the streets unaccompanied risked being viewed as poor, promiscuous, or worse, prostitutes. In the 1960s, most middle-class Brazilians still prized women’s activities within the home over paid labor. So how did Avon address potential saleswomen’s concerns about the respectability of door-to-door sales, and why did saleswomen choose to sell Avon products?

Sales contests and saleswomen’s testimonials in Panorama provide some answers. Sales contests, such as the one announced below from 1967, generally featured awards that were consistent with traditional feminine roles. 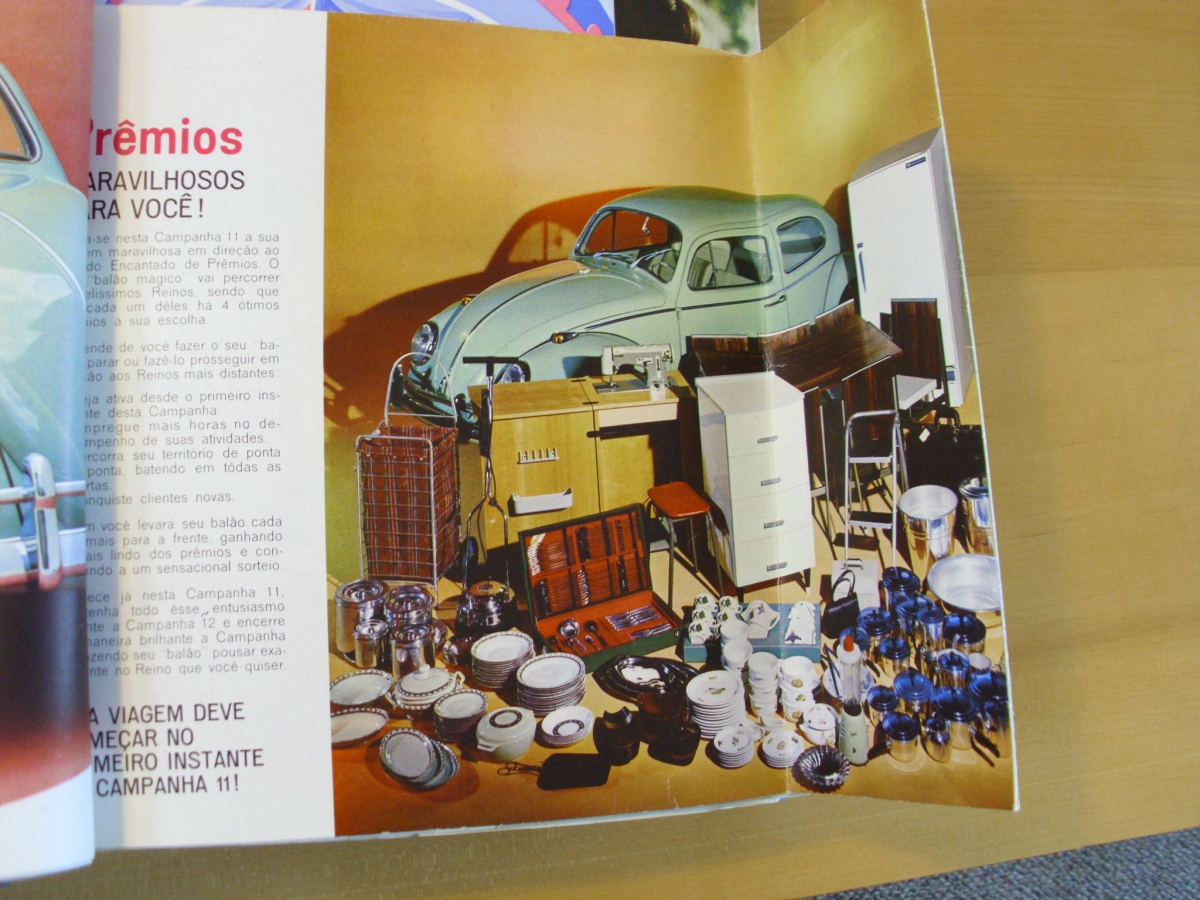 With the exception of a Volkswagen, the “Marvelous Awards” featured in this contest were goods associated with household labor and consumption: a floor waxer, a sewing machine, a hamper, a refrigerator, pots, pans, dishes, and silverware.(1) Recurring sales contests like this one reminded women that selling Avon could help them fulfill their traditional roles as mothers and wives.

Panorama’s reinforced this message by profiling successful saleswomen. Many issues of the newsletter featured an honor roll listing the most successful representatives. Some issues also featured photographs of selected saleswomen, alongside brief testimonials explaining why they sold Avon. Some representatives pointed to luxuries that they bought with their commissions. Others highlighted their status as independent representatives who could conduct their own business without having to answer to an employer or a rigid schedule. However, the most frequent benefit cited by representatives was that Avon sales allowed them to help their families pay for various household expenses.

A 1967 issue of Panorama profiled Maria Sinai Bevilacqua, from Belo Horizonte, who explained that she chose to sell Avon to help her husband with the household budget and provide money for their children's education.

When women like Maria used their income from Avon to help their husbands with household expenses, to buy a refrigerator, or to help purchase a home, they demonstrated that selling Avon could allow women to achieve middle-class lifestyles without challenging their husband’s status as the head of the family. Highlighting such accounts contributed to Panorama’s broader campaign to sway potential saleswomen, their husbands, and potential customers that selling Avon was a respectable activity consistent with traditional feminine gender roles, and not a threat to decency or male prerogatives. The success of this campaign would contribute to Avon becoming the most widely-owned cosmetics brand in Brazil in the 1960s and 1970s.

Shawn Moura is a doctoral candidate at the University of Maryland College Park. His research on Avon has recently been published as an article, "Try it at Home: Avon and Gender in Brazil, 1958-1975," in Business History. The article is available online. Shawn can be contacted at smoura@mail.umd.edu.