Charles H. DeMirjian joined the Fabrics & Finishes Dept. of E.I. du Pont de Nemours & Company in July 1954, at a time when DuPont was placing greater emphasis on marketing to the consumer. A new Consumer Products Division was formed within the department in 1963, and DeMirjian became Manager of Packaging Design. He was primarily a manager of designers, helping to establish design parameters and making the final selections from work submitted by subordinates and subcontractors. DeMirjian supervised an integrated approach that combined marketing research, advertising and package design.

The DuPont Company records on Stainmaster collection are primarily concerned with DuPont’s revolutionary line of carpet fiber. Accompanied by creative marketing with the assistance of DeMirjian and his team, DuPont launched the largest advertising and promotion campaign in the history of the carpeting industry. DeMirjian contributed much of the success of the product to the ability of the consumer to test the product at the point of sale through his invention, the swizzlestick. Through this marketing medium, consumers would use the swizzlestick, a short cardboard dipstick with a square of Stainmaster carpet and a square of traditional carpeting affixed to the end to test the product. Consumers would then dip the stick into a cup of a children’s red-colored beverage, and then into a cup of water. After being dipped into the water, the drink would disappear from the treated carpet, while remaining on the other. Kits were provided to retailers for testing at their showrooms. Creative advertising was also an important part of the Stainmaster success story. One of the most memorable commercials from the campaign aired in 1987, portraying a toddler in his high chair launching his blue airplane-shaped dish into the air, spilling its contents onto durable Stainmaster carpet. Later that year, Fortune magazine named Stainmaster to its famous “Product of the Year” listing. Later introduced was the Xtra Life line which provided anti-stain capabilities along with anti-crush qualities, it debuted in 1992. Both the trademark and the product were divested as part of the separation with INVISTA in 2004.

The first collection, DuPont Company records on Stainmaster, dates from 1985 to 1992 and includes advertising materials, product literature, sales aids (for retailers), information on the development of the Stainmaster logo, and a file on personnel. Also included are files on the Luxura and Xtra Life lines of the carpet, as well as issues of trade periodicals. In addition to the paper component, a collection of artifacts including swizzlesticks, demonstration kits, novelty items such a pen and ruler, as well as replicas of the airplane plate used in television commercials, was included in the donation. 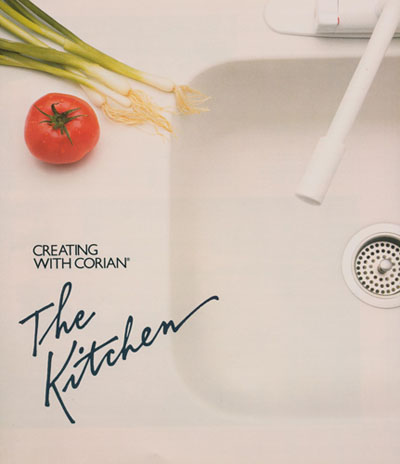 Additionally, the collection includes DeMirjian’s various ‘idea’ files for the projects he worked on throughout his career at DuPont, as well as his ‘Creative Review’ files, general correspondence, and production aids, as well as speech scripts and product and advertising slides. This collection documents the rich history of the Consumer Products Division at DuPont, which although accounted for a generally smaller percentage of sales than other divisions, kept the DuPont name in the good graces of the typical consumer.

For related materials, the Manuscripts and Archives Department houses transcripts of an oral history interview of Mr. DeMirjian conducted by Dr. Glenn Porter in 1997. In the 13-page transcript of a taped interview, DeMirjian recounted his training and career history and provided some observations on his mode of work, with emphasis on the Rain Dance car wax and Stainmaster carpet campaigns.

Andrew Engel is an archivist in the Manuscripts and Archives Department.