If you stand on the piazza, which is located outside the ground floor of the residence, on the left side of the house, and look out over the left side railing, you will see the swimming pool, which is part of the Crowninshield Garden. On the left side of the pool is a lovely statue of a young man sitting on a rock blowing a flute or pipe. Now that all the foliage is in full bloom at this time of the year, he is very hard to see, but if you catch a breeze at the right angle, you might be able to catch a glimpse of his blue-green body. 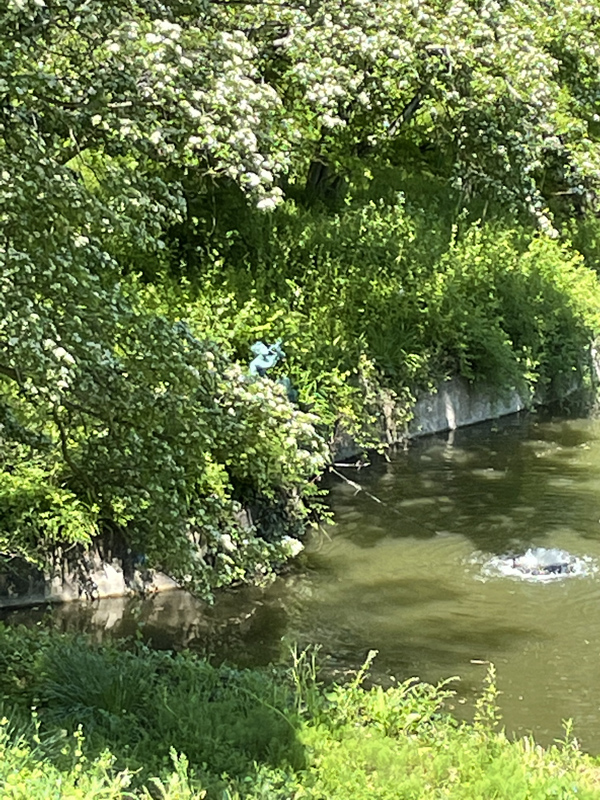 Over the years, he had become so well hidden that most staff did not know he existed. In fact, when most of the statues were removed from the garden in the mid-1980s to avoid further damage, he was one garden object that was not removed either because he had disappeared into the overgrown bushes or he was too hard to remove from his concrete base.

Those who knew he existed call him “Pan” after the Greek god of pastures and flocks. Pan is typically depicted with the legs, horns, ears of a goat, and playing a pipe. Once the sculpture was fully uncovered this past year and we could really look at it, we could see that the figure had human legs and no horns or goat ears. 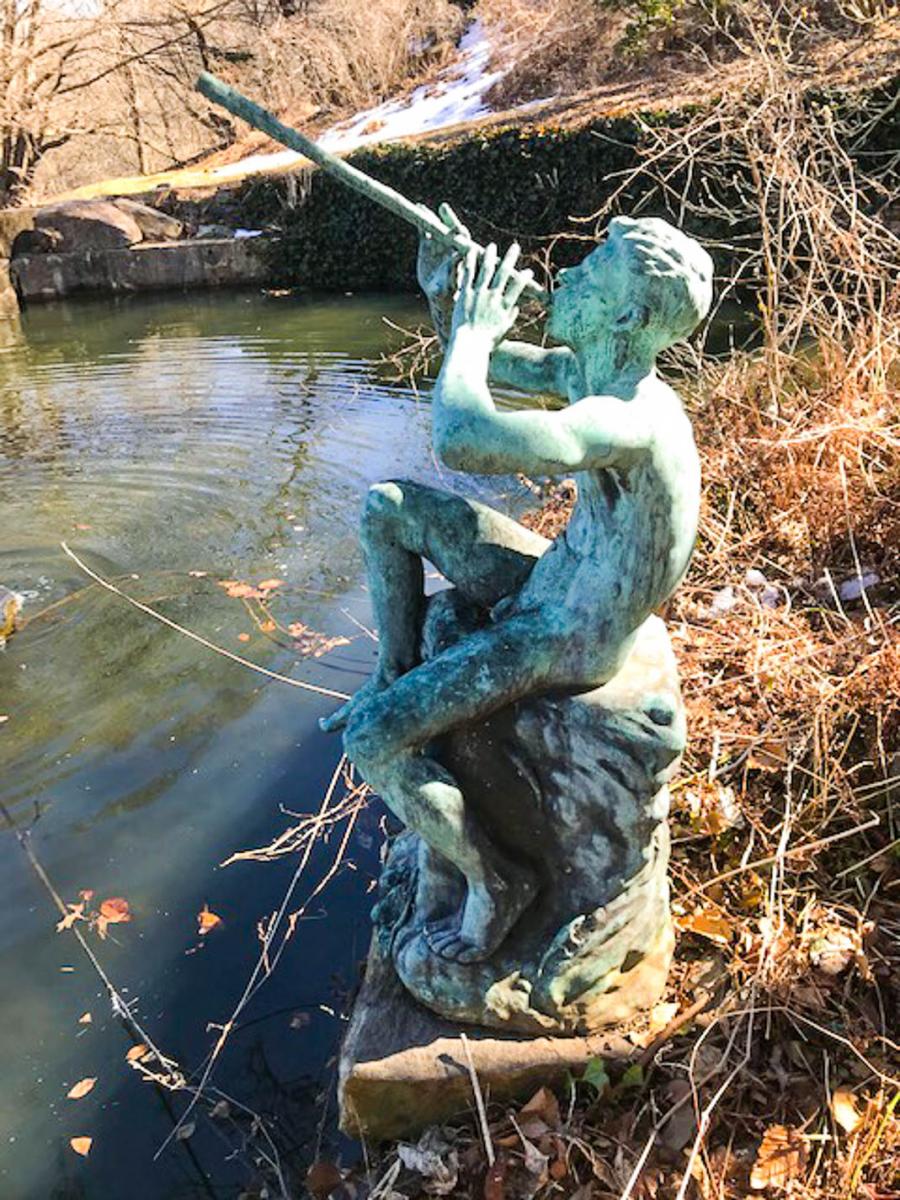 Upon further examination, we could also see that salamanders were carved onto the base that the figure was sitting on. After doing some research in our Archives about the garden, we found out that this was a “signature” of the artist Philip Shelton Sears. Based on correspondences in our Archives, we learned that Frank Crowninshield had acquired this sculpture from Sears for the garden.

Sears was born in Massachusetts in 1867 and lived there all his life until he died in 1953. He was a champion tennis player, a lawyer, and after he retired at the age of 50 from the law profession, he became a sculptor. He submitted several of his sculptures to the 1928 and 1932 Olympics for their art competitions.

We discovered that “Piping Boy” is the actual title of our sculpture. It is made of patinated bronze, circa the 1920s. Sears’ sculpture is typically figurative in nature and mostly of youthful, muscular men in active poses such as diving, stretching, throwing, etc. These could be attributed to Sears’ familiarity with athletic poses from his tennis playing days. Even though ours is a sitting figure, the boy is still in a very active pose with one leg drawn upon the rock while arching his back and playing his pipe with fingers that almost look like they are moving. One can almost imagine the sound of the song he is playing as it wafts up and over the pool and down the hillside into the garden below.

Louise du Pont Crowninshield and her husband Frank placed Piping Boy along the edge of the swimming pool when they were creating the garden in the 1920s, as you can see from this photo from our collections. 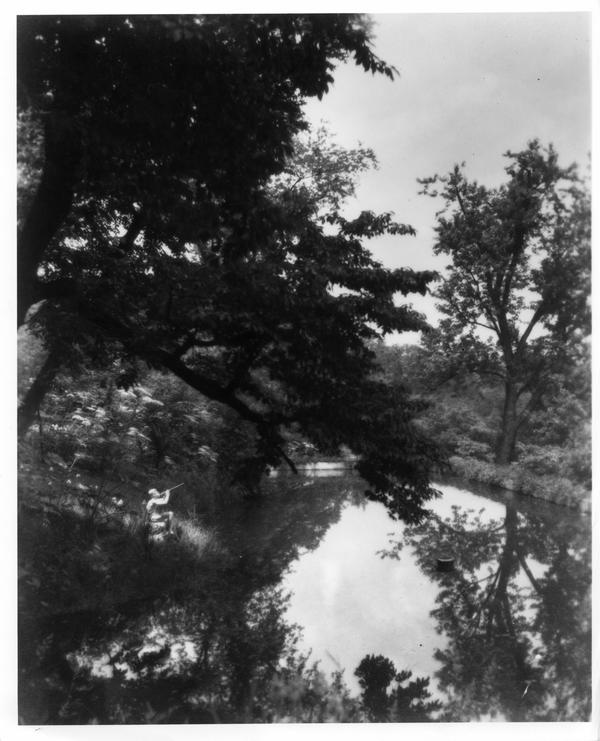 A lot has changed since then, but Piping Boy remains a constant, eternally playing his pipe to the world.