DuPont Magazine In Our Digital Archives 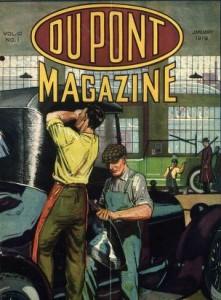 Among the most visited collections in the Hagley Digital Archives is the DuPont Magazine. An internal publication of the Company for nearly a century (1913 to 2003), the magazine is an important source for anyone studying the evolution of DuPont during the twentieth century. The entire run of the Magazine has been digitized and is available for research. Below is a small sampling of DuPont Magazine content from the first half of the century...

November 1924: "Cellophane - the Super Wrap" describes the characteristics, and uses for the "wonderful new product" and one that would become a dominant player in the food packaging business. 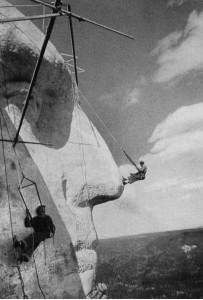 Summer 1932: Sculptor Gutzon Borglum authored an article about his work carving Mount Rushmore in South Dakota and how he came to use DuPont dynamite in shaping his famous monument.

December 1938: "DuPont Announces Nylon" is one of the first publicity articles about the product that would become one of the Company’s most popular and profitable of the twentieth century.

April 1939: In an article titled "The Golden Gate Glitters as Host to the World", the author writes about the world’s fair held in San Francisco, California in 1939 with a detailed description of the DuPont Company's display.

April-May 1943: "DuPont in the War" provides information about the Company's role during the Second World War. 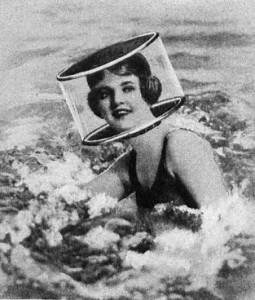 While the Magazine documents DuPont’s role in successful building operations, products, and other business ventures, it also includes products that never caught on. In retrospect, you can’t help but wonder what consumers thought of products like the swimming collar (left). You can read all about it in an article called "Now Learning to Swim is Easy" in the 1922 May-July issue of the Magazine.

Visit the homepage of the DuPont Magazine Collection to begin your research.  If you have any questions or comments about this online collection, please let us know at research@hagley.org.